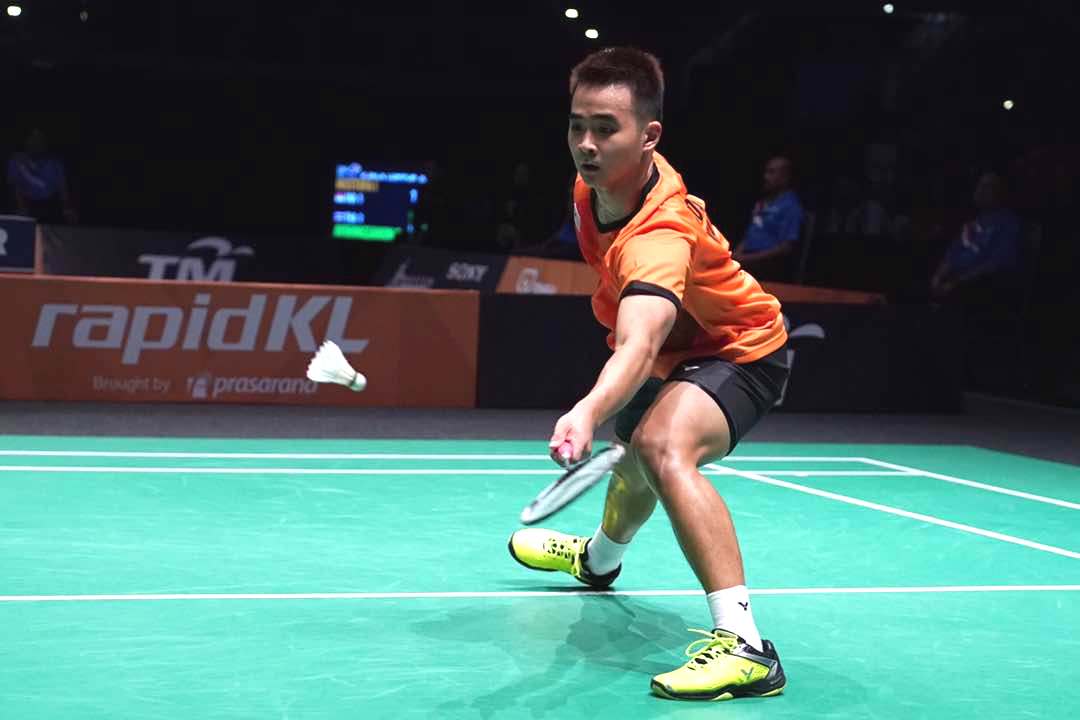 Malaysia claimed their first win at the Badminton Asia Team Championships when they whipped Myanmar 5-0 in a group stage game in Alor Setar tonight.

Even with stars, Datuk Lee Chong Wei, Goh V Shem and Tan Wee Kiong rested, the Malaysians were simply too good for their opponents today.

After losing their opening match to Thailand yesterday, Malaysia’s next game against Chinese Taipei tomorrow will decide if they remain in the running or miss the quarterfinals.

Iskandar Zulkarnain sealed the victory with yet another lop-sided win. He swept past Chan Win Oo 21-10, 21-10.

“The hope is still there and I believe that after the win today, it has put the team in a better frame of mind for the game against Chinese Taipei tomorrow,” added Zii Jia.

Meanwhile, in another men’s Group C match tonight, Chinese Taipei booked their place in the next round when they defeated Thailand 3-2 in a hard-fought battle. This was their second victory here following their opening day 5-0 win over Myanmar yesterday.

The Thais, who upstaged Malaysia the previous day, had a glorious start when Khosit Phetpradab overcame Wang Tzu Wei 21-19, 21-17.

Lee Jhe Huei and Lee Yang got together and levelled the score with a 21-16, 21-7 win over Kittinupong Kedren-Dechapol Puavaranukroh.

Hsu Jen Hao gave Chinese Taipei the lead when he out-played Kantaphon Wangcharoen 21-17, 21-16 in just under an hour.

In the fifth tie of the night, Thongnuam Pannawit  gave Thailand their second point when he beat Lin Yu Hsien 21-18, 21-19.