Home Football Back to Dortmund for Klopp as Liverpool draw Borussia 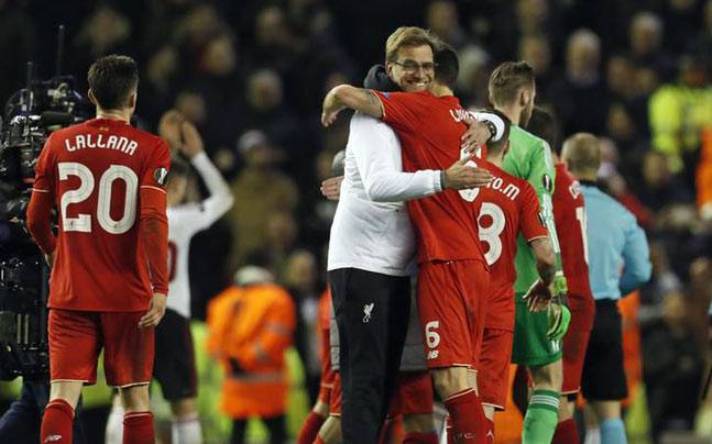 Jurgen Klopp will head back to Dortmund for the Europa League quarter-finals after his Liverpool side were drawn with former club Borussia on Friday.

Three-time champions Liverpool, who previously won the competition in 1973, 1976 and 2001, will travel to Dortmund for the first leg of the quarter on April 7. Their last Europa victory in 2001 ironically came at Dortmund’s Westfalenstadion.

Klopp, who left Germany in July 2015, led Dortmund to the 2013 Champions League final, one of the highlights of his seven years in charge of the Bundesliga club alongside a domestic double in 2012.

“I’m not happy with the draw because we wanted to avoid a Spanish side,” said Sevilla technical director Monchi.

“We’re going to play a real in-form side. We will have to fight all the way to progress. Both sides are fighting for the same thing in the league and the tie will be decided by little details.”

The draw was rounded off with 2009 champions Shakhtar Donetsk to face Sporting Praga of Portugal while Villarreal are to take on Sparta Prague, the latter two clubs having never played each other before.

“We have avoided the Spanish sides, which is something we wanted to do,” admitted Villarreal official Marcos Senna.

“We have to admit we’re happy with the draw. We have played against two very strong sides (Napoli and Bayer Leverkusen) to get here. There’re no easy opponents and the fact our opponents have got to this stage shows their strength.”