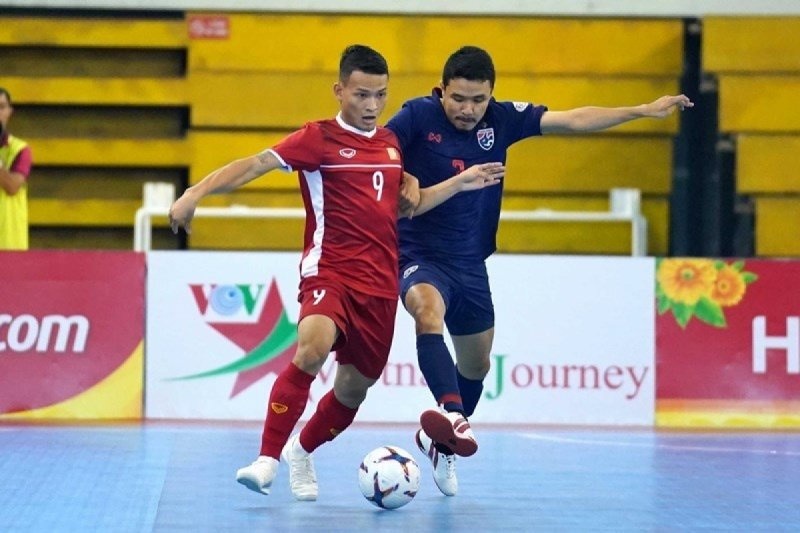 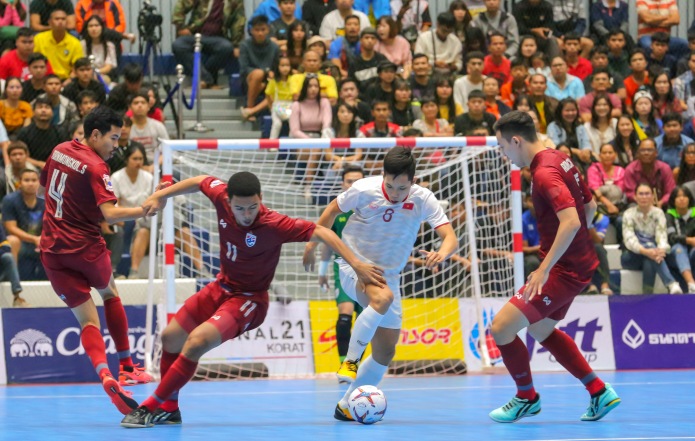 With just hours to go until the FIFA Futsal World Cup Lithuania 2021™ kicks off, final preparations are underway in the host nation.

Alongside the teams, fans across the globe are also gearing up for the showdown. And while Futsal itself is football at heart, there are one or two variations to the rules for the indoor game. To help you get up to speed and be able to join in the conversation,

FIFA.com have summarised the most important futsal rules.

40-minute matches A futsal game is played in two 20-minute halves, with a 15-minute break for half-time. The 20 minutes represent the actual playing time, as the clock is stopped whenever the ball is not in play or if the match is interrupted. The clock only starts again once play resumes.

Time-outs Each team may request a time-out of one minute per half. This can only be done when the side requesting the break is in possession of the ball, and the timekeeper has been informed. If a coach chooses not to use a time-out in the first half, it cannot be carried over to the second period: he will only have his regulation one time-out left. There are no time-outs if a match goes to extra-time.

Rolling substitutions Each team starts with one goalkeeper and four outfield players on the pitch. Over the course of the 40 minutes, up to nine additional players may be used and these can be substituted on and off an unlimited amount of times. A further feature of futsal is that changes can be made without stopping the game. Substitutions must take place in the clearly designated substitution zone.

Sanctions If a player commits a foul the referee can decide to award either a direct or indirect free-kick, or a penalty if the foul took place inside the penalty area. Just like in football, yellow and red cards can be issued in futsal. If a player is shown a red card he can be replaced on the pitch by a substitute after a mandatory two-minute time penalty that always follows a red card. If the team concedes a goal during this time, a substitute may enter the pitch before the two-minute penalty has been completed.

Goalkeepers Goalkeepers may touch the ball with their hands inside the penalty area, a semi-circle with a six-metre radius. They can move anywhere on the pitch and are allowed to throw the ball out into the opposition half. If the goalkeeper has the ball he must play it to a team-mate within four seconds, regardless of whether the ball is in his hands or at his feet. The goalkeeper may not take part in his team’s ensuing attack unless the other side touches the ball first or the goalkeeper is in the opposition’s half.

Team fouls All fouls committed by a team that results in a direct free-kick or a penalty in one half of the game are counted together. These are so-called accumulated fouls. Once a sixth accumulated foul has been committed, teams are awarded a free kick without a wall on the second penalty mark, which is ten metres from goal and four metres behind the first penalty spot. If the foul was made between the byline and the second penalty mark, the free-kick may be taken closer to the goal. If a match goes to extra-time the accumulated fouls from the second half remain valid and any further fouls are added to the tally.

General Futsal is played with an optimised ball that does not bounce as much as a traditional football. The aim is to score in the opposition’s goal, which measures three metres across and two metres high. Two referees officiate the game and are situated on each touchline. As there are no side hoardings, the ball can go out of play. If this happens, play resumes via a kick-in, rather than a throw-in, or by rolling the ball.

There is no offside in Futsal. – www.fifa.com