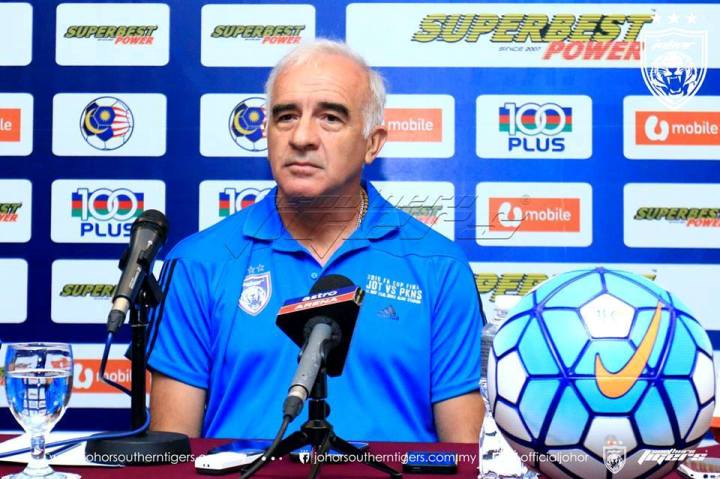 Rumours have linked Kedah’s head coach Tan Cheng Hoe of an impending move for a job with the national team under new supremo Mario Gomez – but Cheng Hoe is neither denying or confirming the hot news.
Instead, the former international brushed aside the rumours and repeatedly said that his manin focus is this Saturday’s first-leg FA Cup quarter-final match between Kedah and Premier League’s surprise package Perak SEDC at the Darulaman Stadium.
After a barrage of questions thrown at him Cheng Hoe threw some light on the rumours that would have been sparked when he had casual exchange of football views with Gomez and newly elected FA of Malaysia (FAM) president Tunku Ismail Sultan Ibrahim who is the owner of Johor Darul Takzim (JDT) during Kedah’s match against JDT in Larkin.
Tunku Ismail, who is the Crown Prince of Johor, was elected unopposed as the new FAM president at its 53rd Congress on March 25th. Gomez was named by Tunku Ismail as the new national coach – taking over from Datuk Ong Kim Swee who is now the coach of the National Under-23 side.
According to Cheng Hoe the casual exchange of pleasantries and football talk at Larkin could be the cause of the rumours.
“This could be the cause of the rumours…and just rumours. Right now I am fully focused on Kedah’s FA Cup match against Perak SEDC,” said Cheng Hoe, who is not expecting a walk in the park for the Red Eagles.
“Many say Perak SEDC are easy meat for Kedah but this is only on paper. I have seen them (Perak SEDC) playing and from what I have seen we are in for a tough match.
“They have young players who are committed and disciplined. Perak SEDC is a hard running team who can face any of the big teams in the Super League.”
Cheng Hoe is also concerned with injuries to his midfielders – Brazilian import Sandro da Silva Mendoca and Amirul Hisyam – both of whom are nursing injuries.
In the M-League, Kedah are firing on all fronts and are the current Super League leaders and the only unbeaten team after eight matches. Perak SEDC are currently third in the Premier League.
“The FA Cup has a history of surprises. We have to be fully focused on the match and must not concede goals. The quarter-finals is played over two legs and it could be disastrous to underrate our opponents,” added Cheng Hoe who was the national assistant coach when Datuk K. Rajagobal was the chief coach.