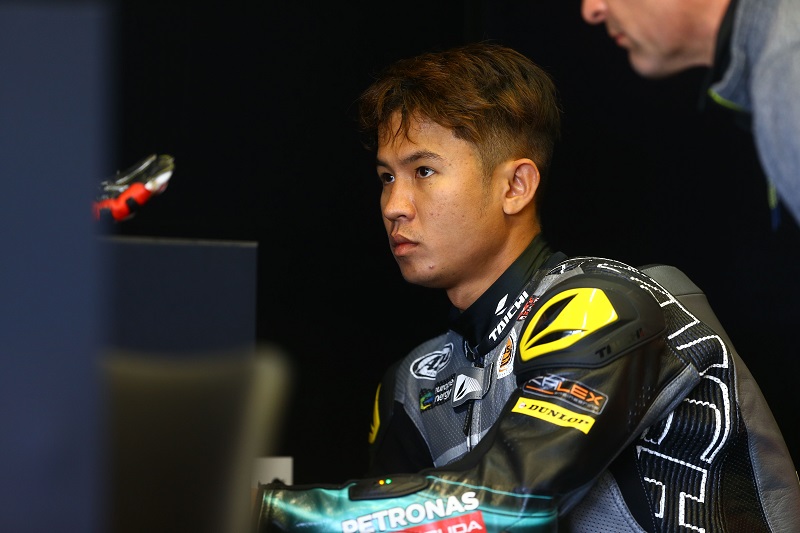 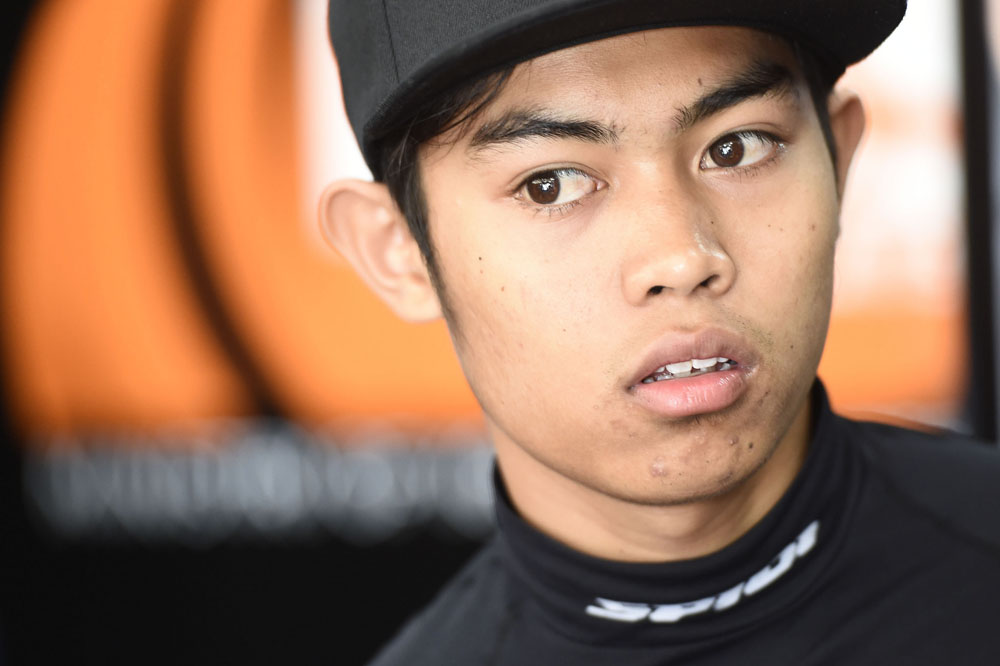 Malaysian racer Adam Norrodin will join PETRONAS Sprinta Racing Moto2 team for the San Marino Grand Prix next weekend, stepping in to deputise for his countryman Khairul Idham Pawi as he continues to recover from a serious hand injury. Norrodin is no stranger to the team, having raced for them from 2016-2018 in the Moto3 class.

Currently competing in the European Moto2 championship for the SIC Junior Team, Norrodin is also experienced in the middleweight class – but will get his first chance to sample the new-for-2019 Triumph engines when he makes his Moto2 World Championship debut at the Misano World Circuit Marco Simoncelli.

The action at the San Marino Grand Prix gets underway at on September 13th, with race day at the Misano circuit on Sunday September 15th.

Razlan Razali – Team Principal
“One of our objectives is to encourage and nurture Malaysian racing talent so with Khairul Idham Pawi still recovering, there was an ideal opportunity to give Adam Norrodin the opportunity to sample Moto2 at world championship level. We have had some very experienced riders as stand-ins which has bought different feedback and perspectives to allow the team to develop. This opportunity is one to allow Adam to grow and develop for the future.”

Johan Stigefelt – Team Director
“This year Adam is racing in the European Moto2 championship with our junior team and he’s been making good progress there. We thought that with his world championship experience and an opportunity to ride the bike while KIP continues to recover, we’d give him the chance to learn a new bike and to try and develop his skills as a rider. For sure it’ll be difficult because he’s not had a chance to practice and no time on the Triumph, which is very different to the bike he’s riding now. But he knows the track, the team and the level of the opposition, so we’re looking forward to having him on the bike and it’s nice to have a Malaysian rider again.”

Adam Norrodin
“It’s a shame that KIP is not able to return to racing, but I’m really happy to have been given this opportunity; it’s like a dream come true. There’s something new for me to learn, but it’ll be interesting for me – it’s a new chapter for my story and I need to say a huge thanks to Razlan and the team for still believing in me. It’ll be great to be able to come back to the world championship, because I’ve missed the pressure, the people and how much you improve every weekend there. The bike will be a little different to what I’m used to, but I’m looking forward to trying it out and my main focus for the weekend is to try and learn the bike to prepare for the future. For me, it’s a great opportunity, but equally, I hope that KIP can make a fast recovery and come back to the championship to show his potential.”