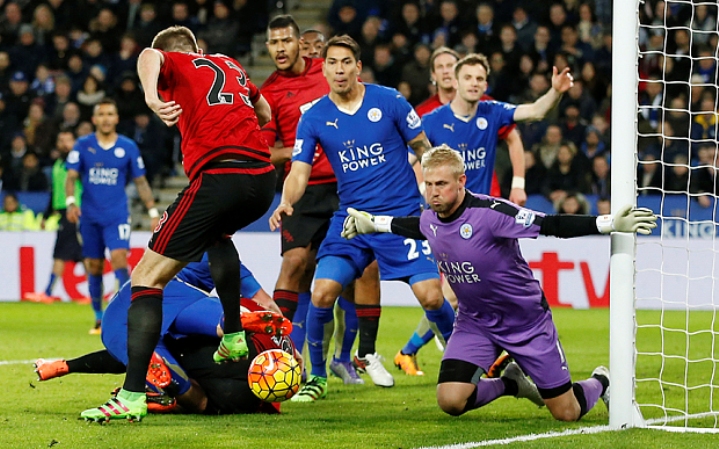 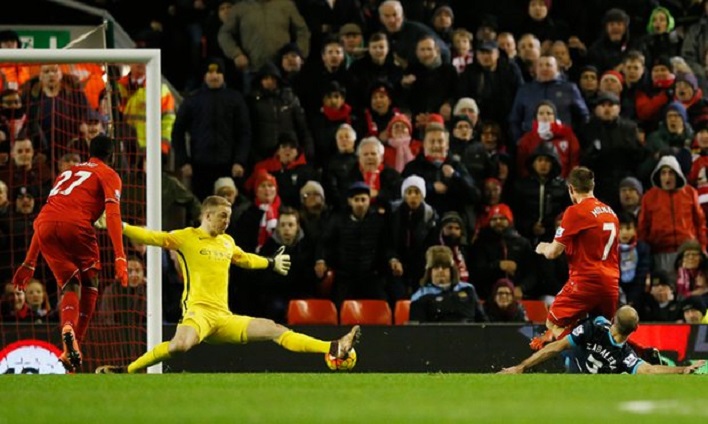 Leicester had dropped points in a 2-2 draw with West Bromwich Albion on Tuesday, but they remain in pole position after Spurs lost 1-0 at West Ham United, Arsenal crashed 2-1 at home to Swansea City and Liverpool claimed revenge for their League Cup final defeat by crushing City 3-0.

The results kept Leicester three points clear of second-place Tottenham, with Arsenal — booed off at the Emirates Stadium — three points further back and City now 10 points off the pace, albeit with a game in hand.

“We made some mistakes and the team didn’t feel free to play the way they play,” Spurs manager Mauricio Pochettino, whose side host Arsenal on Saturday, told the BBC.

“We need to be positive and it is important to be ready for Saturday. When you lose you can blame that the players are tired or whatever, but the reality is that it was just a bad night for us to play the way we play tonight.”

Manchester United are now level on points with City in fifth place, having played a game more, after Juan Mata’s 83rd-minute free-kick secured a 1-0 home win over Watford.

West Ham’s victory over Tottenham, courtesy of Michail Antonio’s seventh-minute header, left them a point off the Champions League places in sixth place.

Spurs, for whom Dele Alli started on the bench due to a foot injury, would have gone top on goal difference if they had won at Upton Park.

But Pochettino’s side never recovered from going behind early on, Antonio meeting Dimitri Payet’s corner with a header that visiting goalkeeper Hugo Lloris could not keep out.

Arsene Wenger’s Arsenal completed a night to forget for the north London clubs by blowing a 1-0 lead in a home defeat at the hands of relegation-threatened Swansea.

It was Arsenal’s third defeat in succession in all competitions and their seventh of the league campaign, prompting a wave of angry boos to roll around the ground at the final whistle.

After earlier hitting the post, Alexis Sanchez neatly teed up Joel Campbell to put Arsenal ahead with a scooped finish in the 15th minute.

But Wayne Routledge equalised from Jack Cork’s pass just after the half hour and although Olivier Giroud and Sanchez both hit the bar for Arsenal, Swansea won it when captain Ashley Williams converted Gylfi Sigurdsson’s 74th-minute free-kick.

“I believe we were really unlucky with our finishing and some decisions today,” said Wenger, who revealed that goalkeeper Petr Cech and centre-back Laurent Koscielny will miss the trip to Spurs through injury.

“We need to bounce back very quickly now.”

Manchester City’s title hopes were left in a sorry state after they slumped to defeat at Anfield, three days on from their 3-1 win on penalties over Liverpool in the League Cup final at Wembley.

“It is difficult to have an excuse, but I saw the team was not recovered from the last week,” said City manager Manuel Pellegrini.

“It seems like the Premier League continues being the same from the start and very close. We will continue fighting.”

Louis van Gaal’s Manchester United seized their opportunity to make ground on the top four as Mata’s late strike gave them a fourth successive win in all competitions.

Van Gaal was able to align fit-again Anthony Martial with teenage sensation Marcus Rashford in attack, but Watford created the better chances before Mata curled in the winner.

“I have to give a lot of compliments to my players,” said Van Gaal.

“Because when it is a physical game and you can win that game, in an important moment because all our competitors are losing, (it is) very important.”