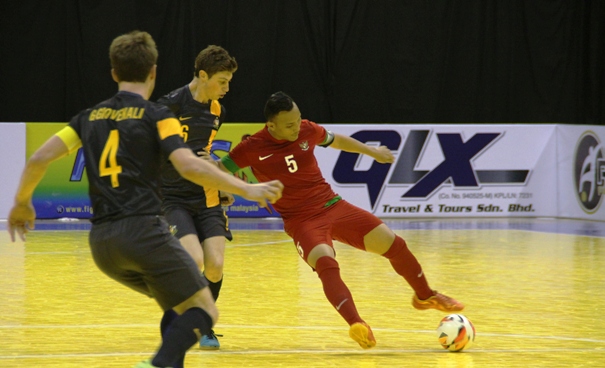 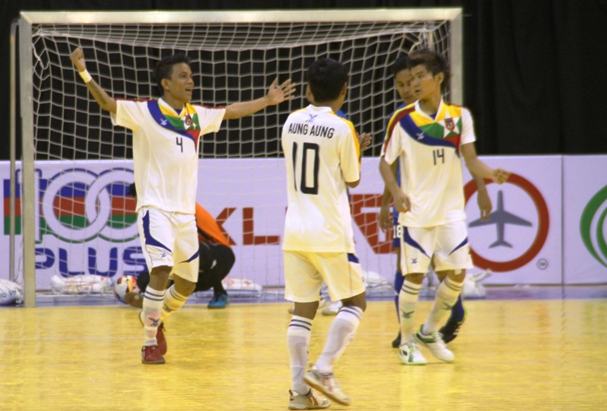 Indonesia turned in a smashing performance today to defeat Australia 4-1 and take over as the Group A leaders. More importantly, by topping the group, Indonesia have probably avoided facing the defending champions Thailand in the semifinals, should the favourites win the other group.

The Thais, despite the absence of a several key players here, have proven to be in devastating form thus far and are the favourites to retain the title. Thailand will face Vietnam later today in their last preliminary match to determine the final positions in the group and semifinal-line-up.

“The win showed that we can beat Australia. I hope that this victory will inspire the other teams in ASEAN to work harder for Futsal and realised that hardwork will pay off in the end,” said Indonesian coahc Dadang Iskandar.

Indonesia took the fight to Australia and their hardwork paid off when they walked away with a crucial victory. JaelaniLadjanibi got the show on the road when he surprised the Aussies in the fourth minute with a superb strike. In the seventh minute, Indonesia doubled the score after a wicked strike from FhandyPermana.

By the 12th minute, Indonesia were three-goals up after BambangBayuSaptaji flicked the ball over the goalkeeper. Australia finally scored their first goal in the 24th minute through Jarrod Marcus Basger but that would be the only goal they would score today.

With just three minutes on the clock, Indonesia, off a quick counter-attack, hammered in the fourth goal of the match. There may not have been many fans here, but thanks to the live telecast, thousands of Indonesian fans would have been following the game and witnessed a memorable win for their country.

In the second match of the morning session, Myanmar scored the highest number of goals so far in the competition when they whipped the Philippines 20-2.