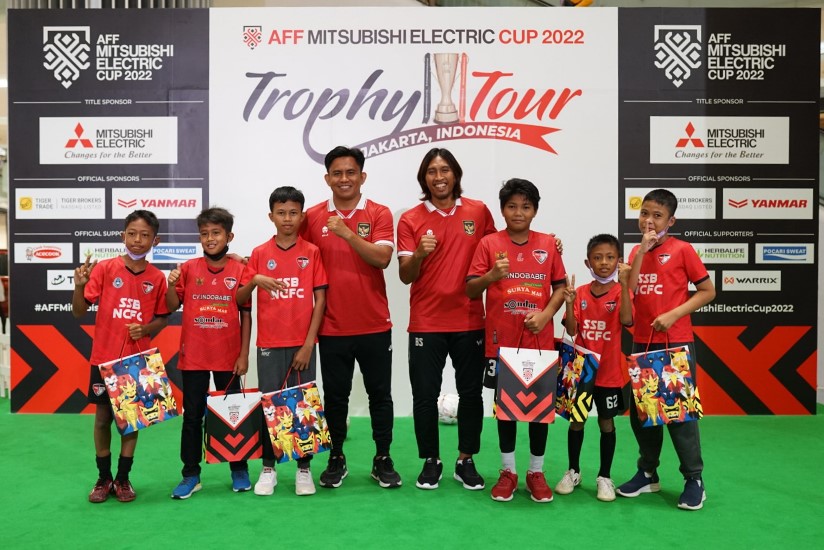 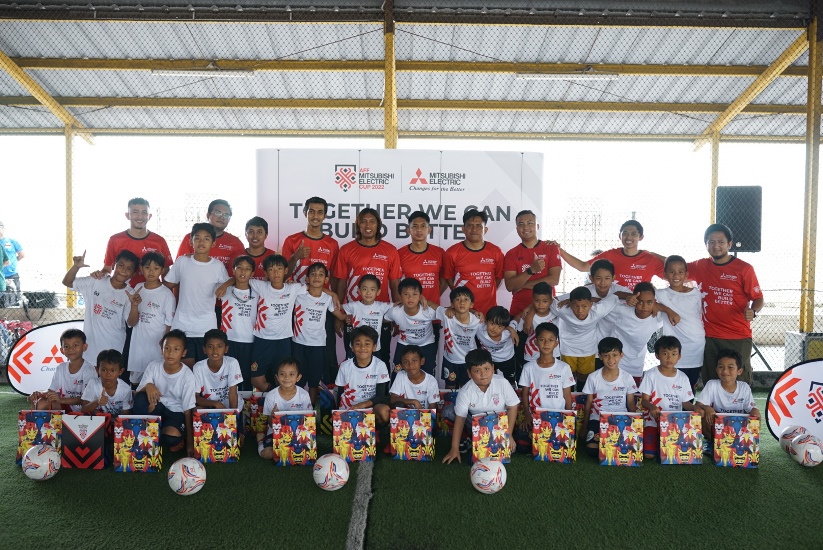 The AFF Mitsubishi Electric Cup 2022 Trophy Tour continued on its next stop, arriving in Jakarta, Indonesia.

Having kicked off in Bangkok in end-September before stopping in Singapore and Selangor, the fourth stop of the Trophy Tour was in the Indonesian capital, as fans and members of the public were offered the opportunity to get up close with the championship trophy, as well as interact with two renowned local legends of the game.

Indonesia football legends, Ilham Jaya Kesuma and Budi Sudarsono graced the Trophy Tour held at Lippo Mall Puri and the event saw a huge crowd gathered to support their football heroes and join the festivities for the afternoon.

Representing the Garudas between 2004 to 2007, Ilham Jaya Kesuma was the top scorer for the 2004 edition of the AFF Championship, while Budi Sudarsono played for the Indonesia national team from 2001 to 2010 and was the joint top scorer in the 2008 edition.

In addition to the Trophy Tour, a Football Clinic was also held earlier in the day at Bee Futsal Mall Taman Palem, with children from Sekolah Sepakbola Bojong Putra joined by the two legends going through a session of football drills and mini-games.

The Football Clinic is part of the CSR initiatives organised by the AFF and Mitsubishi Electric, with the support of the Football Association of Indonesia (PSSI), and aims to provide an avenue for the children to be exposed to the sport, learn basic footballing techniques from the legends, and inspire them to dream big.

Following Jakarta, the AFF Mitsubishi Electric Cup 2022 Trophy Tour will next arrive in Ho Chi Minh City, Vietnam on Saturday, 3 December, for its fifth and final stop, before the main tournament kicks off on 20 December.