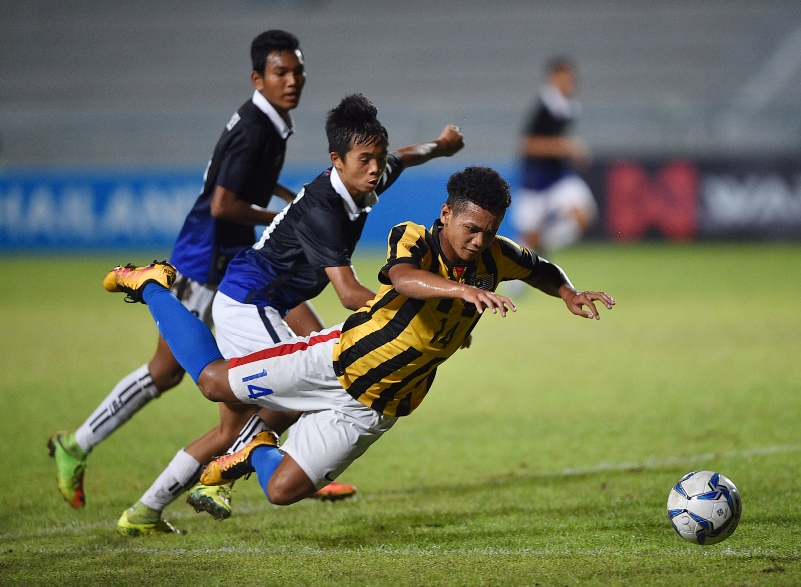 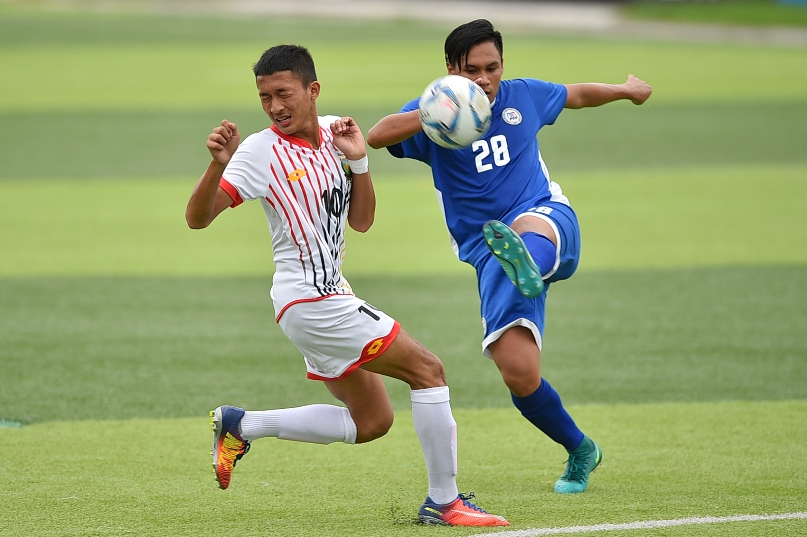 Malaysia made the semi-finals of the AFF Under-15 Championship 2017 when they beat Cambodia 4-2 in the decisive game of Group B here this evening at the IPE Campus Stadium.

With a place in the next round at stake, both Malaysia and Cambodia headed into the final game of the group on differing circumstances as the Malaysians just needed a draw to make the cut while for Cambodia, they will have to win by at least five goals to guarantee their passage.

That tall order seem to weigh heavily on Cambodia as while they were somewhat confident, there was a fair amount of trepidation in not wanting to commit too much into the attack only to leave spaces at the back.

It was Cambodia who grabbed the early initiative in the eighth minute with Bunthoeun Bunnarong shooting wide with only Malaysian keeper Muhammad Daniel Akmal Rizal to beat.

With Malaysia slowly but surely gaining ground, they duly scored the first goal of the game in the 22nd minute when a floater from Mohammad Ikhwan Mohd Hafizo was flicked into goal by Muhammad Amirul Azzim Ruzki.

Cambodia could gave ended the first half with their first goal but striker Sieng Chanthea took too long to make good on the chance that was presented.

The break seemed to have lulled the Malaysians into relaxed mode as the Cambodians continued to pushed forward and just seven minutes in, they grabbed their first goal of the game when Bunthoeun capitalised on a defensive mistake to score.

With Malaysia still a little bit lax, Cambodia then nailed the equaliser in the 70th minute through Bunthoeun to put the former under pressure.

However, the Malaysians tightened up their game in the last ten minutes of play as they controlled the game to score twice – a lob from substitute Muhammad Amirul Ashrafiq Hanifah in the 73rd minute and then a penalty right at the end.

With the win, the Malaysians will now play Thailand in the first semi-finals in two days while Vietnam will play Australia in the second.

Both matches will be played at the Chonburi Stadium. 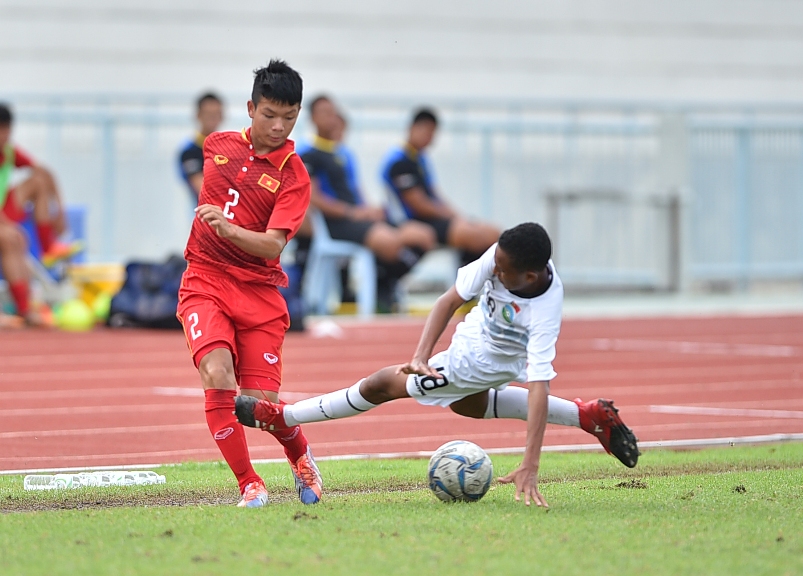 In the meantime in the earlier matches to complete the group fixtures, Brunei DS battled the Philippines to a scoreless draw while Vietnam confirmed their position as Group B winners with a thumping 4-0 win over Timor Leste.

Nguyen Bo Duong struck the only goal in the first half in the 25th minute as Vietnam then added further goals through Trinh Quang Truong (43rd and 67th minute) and Ngo Duc Hoang (58th) after the break.