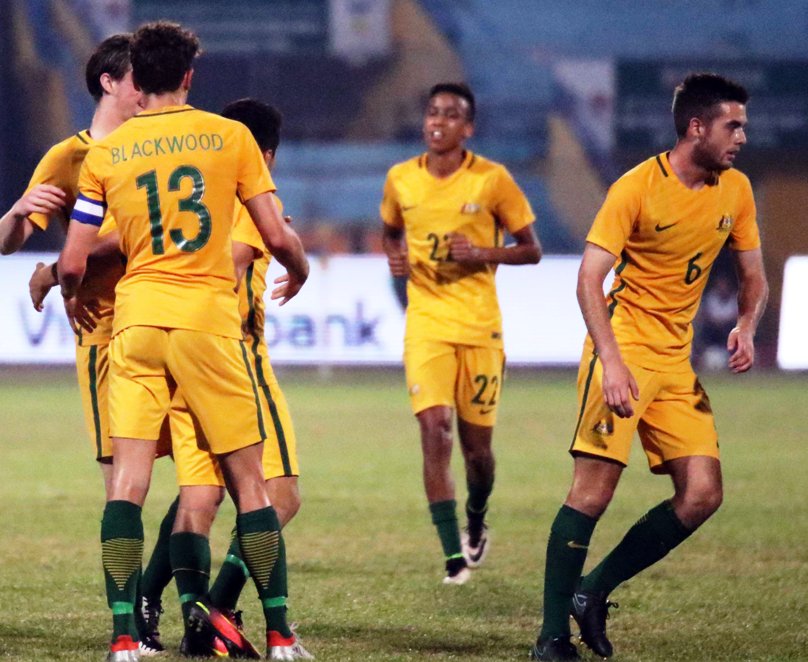 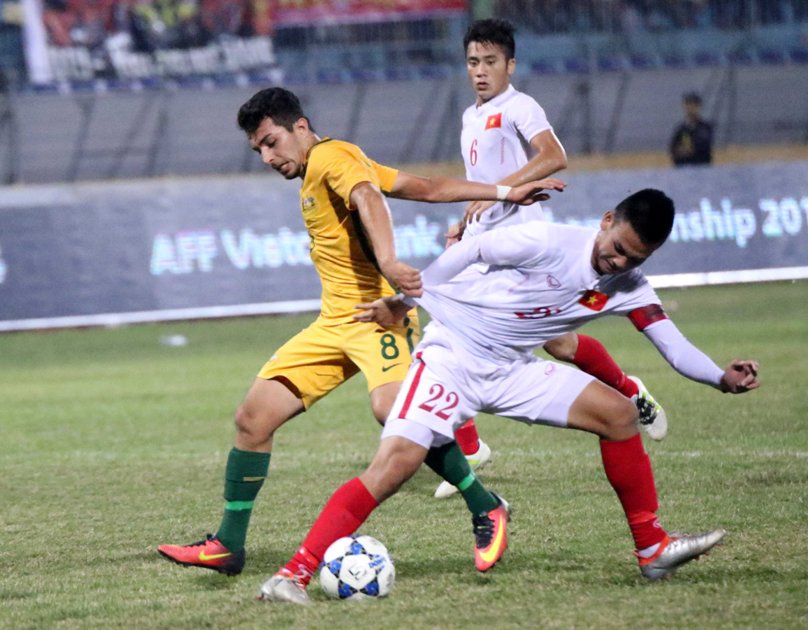 Hosts Vietnam’s hope of a second successive final of the AFF Vietcombank Under-19 Championship was denied when Australia emerged victorious 5-2 in the second semi-final tie that was played this evening at the Hang Day Stadium.

Four goals in the first half underlined Australia’s seriousness to make the final of the meet after narrowly missing on it in 2015 and where they will take on Thailand in two days.

“It was a very good first-half. We are here to be challenged and Vietnam came back in the second half which was very good,” said Australian head coach Ufuk Talay.

“We made some changes in the second half and that changed the face of the game. But we need to make them so as to avoid risking injuries and those who were tired.”

With Australia going for a more attacking option against the homes team, it forced Vietnam into defensive mode. It did not take long for the more physically Australians to prise open the lead in the 21st minute when striker George Blackwood made good on a cross from Mario Shabow.

Three minutes later and Australia were two goals up with Mario now finishing a fine run from Joseph Champness and then nailing his second in the 35th minute for them to be 3-0 in front at the half.

Vietnam started stronger into the second half but it was Australia who went ahead again in the 53rd minute through Blackwood.

The stocky Hi Minh Di then made a fine finish for Vietnam from inside the box the 58th minute to pull a goal back before earning a penalty just seven minutes later.

Ha Duc Chinh did not disappoint from the spot to put the score at 4-2 to Australia’s advantage.

Several substitutions later failed to ignite Vietnam as Champness then finished off a fine evening for Australia with their fifth goal of the game seven minutes to the end.

Head coach Hoang Anh Tuan, who had only recently led the side to the recent KBZ Bank Cup U19 Championship crown, was clearly disappointed with the performance of his chargers.

“It was awful. If we continue to play like this then we certainly don’t deserve to be in the final,” he added.

“The attitude and the spirit of the players are not very good. The way we play the game is more important than the score line.”