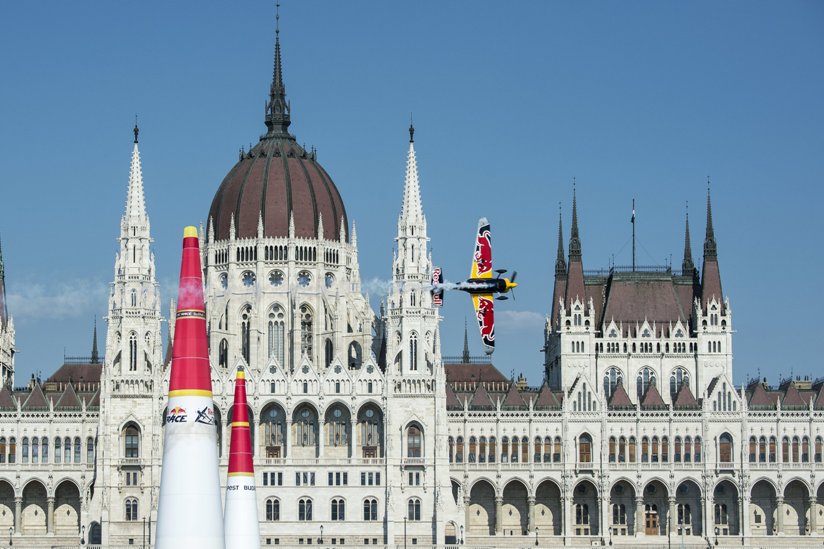 As the Red Bull Air Race World Championship returns to Budapest, Hungary for the ninth time, the only thing more fascinating than watching the raceplanes dart under the Chain Bridge will be witnessing which pilot has the edge to win.

In a season where predictions have proved meaningless, 14 pilots share the confidence – and worry – of knowing that anyone can win. And one Hungarian former race pilot will be watching closely as the 70th Red Bull Air Race takes to the skies.

Breathtakingly close. Whether it’s raceplanes squeezing under the historic Chain Bridge just two to three meters above the Danube, or the fractions of a second that separate victory and defeat, the action will be heart stopping as the Red Bull Air Race World Championship makes its ninth appearance at a season favorite – Budapest, Hungary – on 16-17 July.

The fourth stop of 2016 marks the critical midpoint of the season, yet none of the 14 world-leading pilots has managed to exert true dominance over the field. In fact, looking back there have been six different winners over the previous eight races. It’s time for someone to take control. But who?

If the latest trend continues, it’ll be a team that has never won before. At the previous stop in Chiba, Japan, home pilot Yoshihide Muroya earned his first victory. And at the stop before that in Spielberg, Austria, Germany’s Matthias Dolderer claimed his own maiden win.

With those two triumphs, all four pilots who debuted in the “Class of 2009” have come into their own, but there’s another charger waiting in the wings: Martin Šonka of the Czech Republic. Šonka has clinched four podiums since his racing debut in 2010 – including second place just weeks ago in Chiba – and he missed the overall podium by the smallest of margins in 2015. With Budapest close to home, fan support could finally lift him to the pinnacle, just as it did for Muroya and Dolderer.

No pilot will be more keen to restore the “natural” order of things more than Austria’s Hannes Arch. The 2008 World Champion is the most decorated contender in the lineup and has finished on the overall podium the last five seasons, but he has had to claw his way up the standings after incurring a devastating penalty in the 2016 opener.

Arch has won in Budapest twice before – three could be the charm to boost him back into overall medal contention. Two seasoned Americans will also be looking to make their move: Michael Goulian, who interrupted Arch’s wins in the Hungarian capital with a conquest of his own, and Kirby Chambliss, the wily two-time titleholder who has used the chaos of the season’s shakeups to work his way into second place on the leaderboard, 10 points behind Dolderer at the top.

History’s 70th Red Bull Air Race will be more unpredictable than ever, and no one will enjoy the racing more than Peter Besenyei. Hungary’s beloved pilot won the very first race, and the first season title, in 2003, and he was a pioneering force in developing the sport before retiring from the World Championship at the end of 2015. He’ll be on hand along with thousands of spectators lining both sides of the Danube.

So will Race Director Steve Jones, who enjoyed his own Budapest triumph back in 2006:  “Winning there was one of the high points of my racing career. I’ll always remember flying under the Chain Bridge and right past that beautiful Parliament building. It was indescribable.”