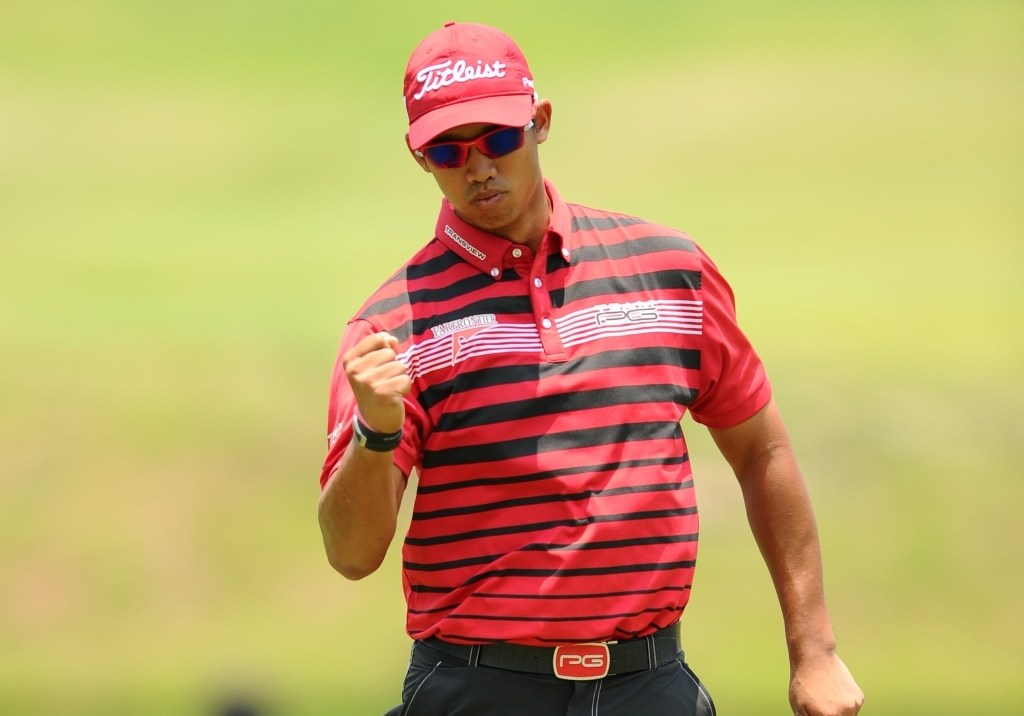 The talented Malaysian posted a flawless inward-nine highlighted by five birdies to tie with Wisut, who soared with an eagle, birdie and birdie finish at the Port Dickson Golf and Country Club.

Roberto Galletti of the United States trailed the leading duo by one shot in third place while compatriots Alex Kang and Brett Munson, ranked third on the Order of Merit, shared fourth place with local stalwart S. Siva Chandhran on identical 67s in the RM200,000 (approximately US$60,000) Asian Development Tour (ADT) event.

Arie, the highest-placed Malaysian in sixth place on the Order of Merit, enjoyed one of his best starts on the ADT where he nailed seven birdies against a lone bogey.

“You cannot afford to lose shots out here. You have to try and hit as many fairways and greens as possible and I managed to do that today.  I’m keeping things simple for now. I just want to maintain how I’ve been playing,” said the 24-year-old Arie, who is searching for his first career victory.

Arie enjoyed his best result on the ADT by finishing tied-second in Sarawak two weeks ago and he is feeling confident on his title chances this week.

“My recent results have given me a lot of confidence and it gave me the assurance that I have the capabilities to contend on the ADT. My biggest aim right now is to break into top-five on the merit rankings. Hopefully I can finish well this week,” Arie explained.

Wisut, who claimed his first ADT victory at the season-opening PGM Sime Darby Harvard Championship, was delighted to return to form.

Prior to his campaign this week, Wisut struggled to reproduce his winning form after missing six cuts in 15 starts.

“I had very good approach shots today. My putter worked to my favour as well. It’s my first time playing on this course so I’m happy with how I played. I haven’t been playing well since I won earlier this year. It’s good to get my game back in shape,” said the 32-year-old Thai, who made 30 putts today.

Second-ranked Pavit Tangkamolprasert of Thailand, the highest ranked player in the field this week, carded a 72 to tie in 38th position.