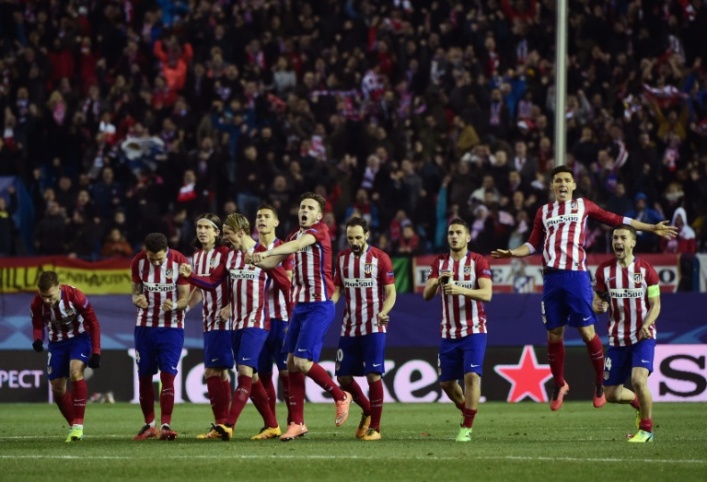 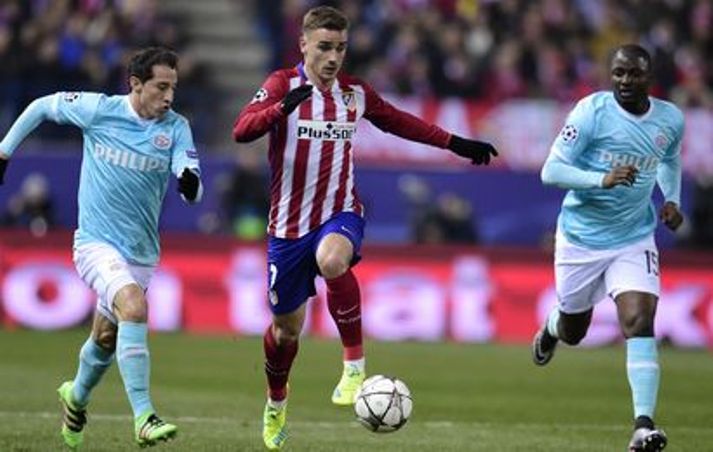 Juanfran’s winning penalty sent Atletico Madrid into the Champions League quarter-finals on Tuesday, clinching an agonising 8-7 penalty shoot-out win over PSV Eindhoven after neither side could manage a goal in 210 minutes across the two legs of the tie.

The first 14 spot-kicks of the shootout were then converted in clinical fashion before PSV’s Luciano Narsingh smashed his effort against the bar.

Juanfran then stepped up to convert the winning penalty and keep Atletico’s hopes of a first ever Champions League victory alive.

It is the second consecutive season that Diego Simeone’s men have progressed to the last eight on penalties after seeing off Bayer Leverkusen in similar fashion a year ago.

And PSV will be left to lament Jan Oblak’s brilliant save to tip Jurgen Locadia’s effort onto the post in the second-half of normal time as the Dutch champions came so close to causing a huge upset.

With the tie delicately balanced, Simeone opted for an extra midfielder in Augusto Fernandez in place of Luciano Vietto from the start, but the hosts were overrun for the first half hour by the visitors.

However, Atletico did enjoy the best chance of the first-half when Koke’s low cross found Antoine Griezmann unmarked just six yards out, but Jeroen Zoet got down to deny the French international his 24th goal of the season.

PSV had captain and top scorer Luuk de Jong back after he missed the first-leg through suspension and the former Newcastle United striker was a constant menace to the usually unflappable Diego Godin.

De Jong was unfortunate when the ball fell just behind him after Oblak cut out dangerous cross from the right.

Atletico settled into their stride at the start of the second-half, but still relied on a set-piece to carve out an opportunity as Jose Maria Gimenez rose highest at the back post only to head Koke’s corner inches wide.

As the hosts opened up, though, PSV became even more of a threat on the counter-attack and were somehow denied the vital away goal on the hour mark when Locadia’s shot was brilliantly tipped onto the post by Oblak and De Jong’s follow-up header from point-black range blocked on the line by Filipe Luis.

Luis stung the palms of Zoet from outside the area and Yannick Carrasco blasted the rebound over on the volley as Atletico struck back moments later.

Simeone sent on Fernando Torres for Fernandez in an attempt to break the deadlock.

The former Liverpool and Chelsea striker at least offered Atletico more of a reference point in attack and twice came close with an attempt lob which landed on the roof of the net before Zoet palmed away his fierce near post drive.

Atletico suffered a huge blow just before the end of normal time when Godin limped off to be replaced by 20-year-old Lucas Hernandez.

However, the young Frenchman had a great chance to make himself a hero early in extra time when he headed over from a corner.

Griezmann’s range was off again when he shot straight at Zoet after great work by Saul Niguez as Atletico dominated during the first period of extra time.

Yet, it was PSV who came closest after the break, but Andres Guardado curled just wide to send the game to penalties. – Agence France-Presse