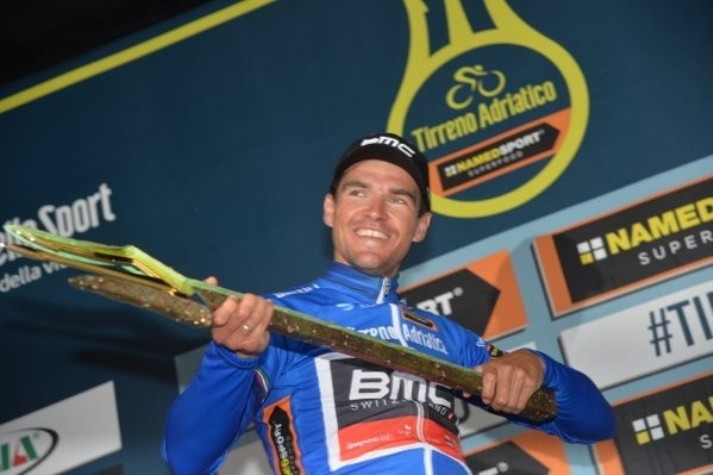 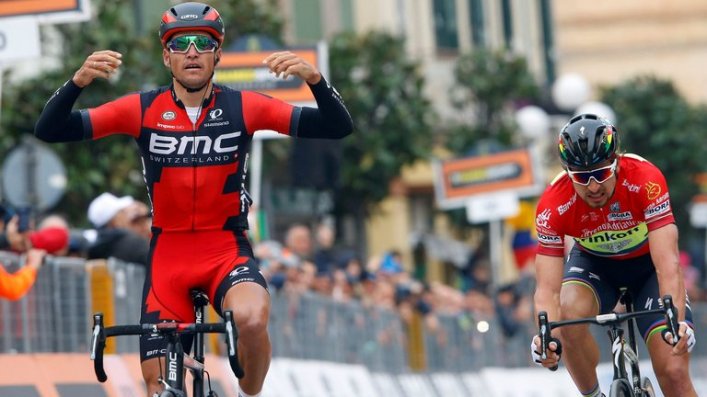 BMC Racing’s Van Avermaet finished just one second ahead of Slovak Peter Sagan, riding for Tinkoff, in the overall standings.

Starting last in the leader’s blue jersey, Van Avermaet lost time on Sagan early but following a gritty final kilometre he managed to save one second of his seven-second overnight lead.

Luxembourg’s Bob Jungels, benefitted from the poor showing of Etixx team leader Zdenek Stybar to move up a place to overall third.

Trek–Segafredo rider Cancellara set himself up as a favourite for Saturday’s Milan-San Remo along with Van Avermaet, Sagan and Stybar.

The Swiss crushed his rivals in the time-trial, clocking 11min 08sec, to finish 13sec ahead of France’s Johan Le Bon of the FDJ team with Germany’s Tony Martin (Etixx) third at 15sec.

The “Race of the Two Seas” was hampered this year by poor weather with Sunday’s mountain stage scrapped because of the threat of snowfall.