Home International Bhullar back on top at BNI Indonesian Masters 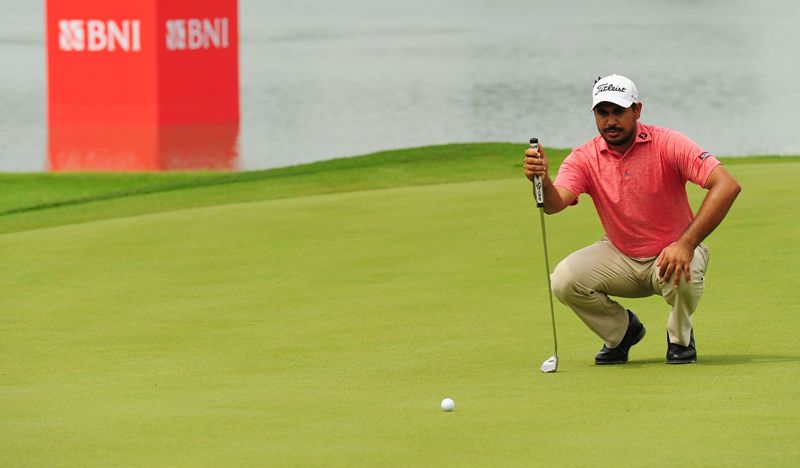 Gaganjeet Bhullar of India continued his fine form when he shared the opening round lead with Gunn Charoenkul of Thailand and Masahiro Kawamura of Japan at the BNI Indonesian Masters presented by Zurichon Thursday.

Coming off the back of a victory in Korea last week, Bhullar produced a flawless round of six-under-par 66 to tie at the top alongside Kawamura and sponsor’s invite Gunn, who is finding his best form again after returning from a wrist injury.

Arjun Atwal, a former Asian Tour number one and first Indian to win on the PGA Tour, was a further shot back with Thai teenager Phachara Khongwatmai at the US$750,000 event staged at the Royale Jakarta Golf Club.

Lu Wei-chih of Chinese Taipei, who won on home soil last week and Thongchai Jaidee of Thailand, the only player to win three Order of Merit crowns were among nine players bunched up in sixth place on 68s.

The 28-year-old Bhullar, who started from the 10th tee, overcame early nerves to make the turn in 32 before adding birdies on seven and nine to stay in contention for back-to-back victories.

“It was a bogey free round and at the end of the day, that’s the target. I’m trying to repeat what I did last week,” said Bhullar, a six-time Asian Tour winner.

“In the beginning I was a bit nervous. Coming straight after a victory, your mental aspect is slightly different. You try to go for a par and try not to attack the pins. I putted really well today especially on 12, 13 and 14 (birdies) and those were all from 10 or 15 feet which I holed,” he added.

Gunn suffered a wrist injury in 2014 and is slowly finding his form again after winning on the local circuit in Thailand in July and in China in September. He looks to Bhullar for inspiration as he seeks a return to the Asian Tour.

“I’m feeling pretty excited to be tied at the top with Gaganjeet (Bhullar). He just came off an injury and won. I think we had the same injury as well (wrist injury). I’m glad that we are both playing well,” said the 24-year-old Gunn.

Japan’s Kawamura, who has one win on the Asian Tour, recovered from an opening bogey to fire seven birdies including one on the last to take his place among the leaders.

“It was an easy round,” said Kawamura. “I hit it on the fairway and gave myself chances at birdies which I holed. I’m obviously happy with how I played but it is only the first round. Let’s see what happens in the next three rounds.”

After finishing inside the top-five in the last two Asian Tour events, Phachara played without any pressure to produce another solid round to keep up his chase for a first victory.

“My game plan is easy. I don’t think ahead or set a goal for myself. I just want to play my best golf. I’m not worried if I play badly but I play good, then I’m happy. That was the case today,” said the 17-year-old Thai.

Play was suspended at 5.55pm (local time) due to darkness. A total of five players will resume their rounds on Friday at 7am.

Scores after round 1 of the BNI Indonesian Masters being played at the par 72, 7340 Yards Royale Jakarta GC course (am – denotes amateur):