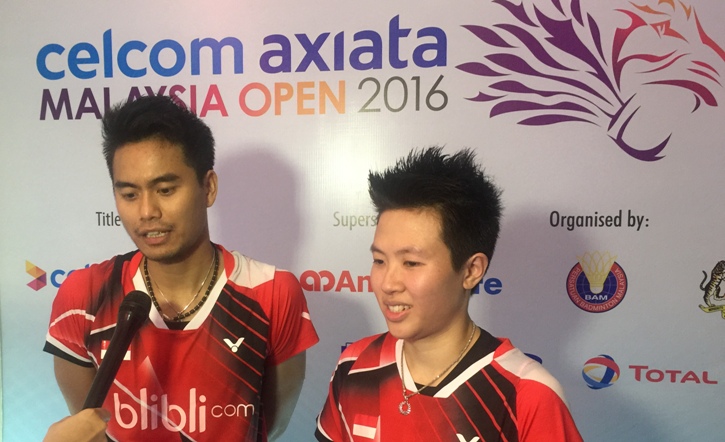 Indonesia will have 10 shuttlers vying for medals in this year’s Rio de Janeiro Olympics in August and they will be amply rewarded if they come back with medals of any colour.

Badminton is one sport where Indonesia can strike gold, silver or even bronze medals and the lucrative cash incentives announced by the Indonesian government on Wednesday is certainly a big boost for them win.

Indonesia’s Youth and Sports Minister Imam Nahrawi in announcing the incentives on Wednesday after the Indonesian Olympic contingent met with President Joko Widodo in Jakarta on Wednesday.

According to news reports from Jakarta the Indonesian government will reward a gold medallist with a bonus of Rp5 billion and pension allowances of Rp20 million per-month.

A silver medal is worth Rp2 billion in bonus with a Rp15 million in pension while a bronze medal will bring Rp1 billion plus monthly pension of Rp10 million.

Indonesia’s challenge in the men’s singles is on the shoulders of Tommy Sugiarto, ranked No 8 in the world. World No 25 Lindaweni Fanetri is Indonesia’s hope in the women’s singles.

However, it is the doubles events that Indonesia can strike gold through No 3 ranked Mohammad Ahsan-Hendra Setiawan (men’s) and Nitya Krishinda Maheswari-Greysia Polii, ranked No 4 in the women’s doubles.