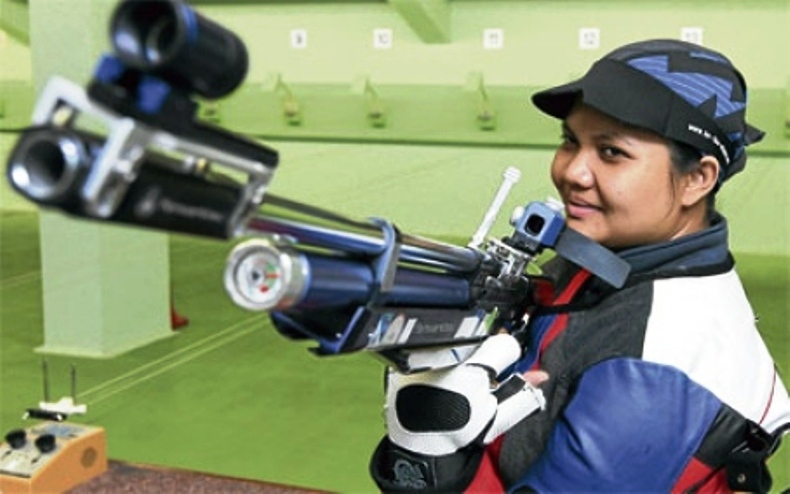 NATIONAL shooter Suryani Taibi caused a stir at the 2012 London Olympics when she competed despite being eight months pregnant and became the focus of the sporting world.

On Wednesday at the Ongnyeon International Shooting Range in Incheon, Suryani drew attention again as she won an individual silver and a team bronze with Muslifah Zulkifli and Nur Ayuni Farhana Abdul Halim in the women’s 50m rifle prone on her 32nd birthday.

It was a perfect birthday present when she edged South Korea’s Eum Bit-na on a countback after both were tied at 620.6 points. The gold medal went to Mongolia’s Narantuya Chuluunbadrakh with 624.1 points.

In the team event Malaysia totalled 1,853.6 points for the bronze medal with the Koreans taking the gold with 1.855.5 points while China (1.854.1 points) settled for the silver.

“It is perfect birthday present for me but more importantly winning the (individual) silver and the team bronze is a bigger present to the country and the people of Malaysia,” she said, jubilant over her personal best in the event.

It is certainly a boost for Suryani in terms of confidence when she competes in the 50m rifle three position on Thursday(Thursday). On Monday, Suryani failed to reach the 10m air final.