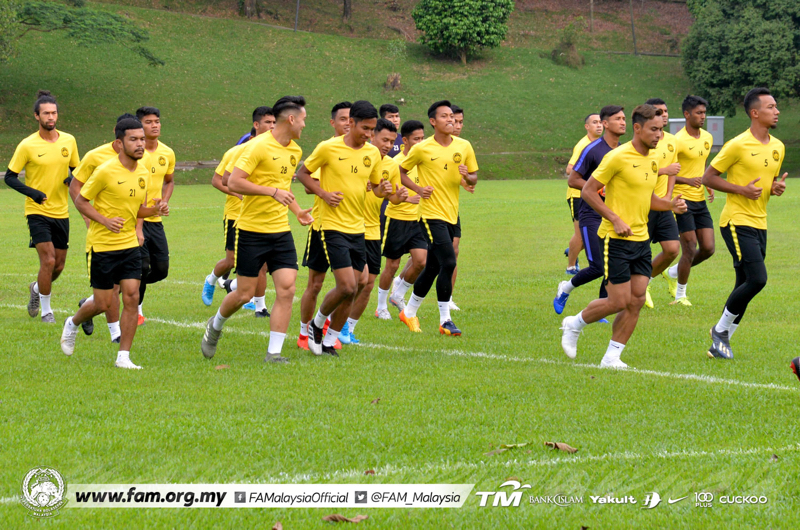 Injured Shahrel Fikri and Nazirul Naim Che Hashim, both from Perak and Kedah’s Roslan Farhan are the three players dropped from the training squad when head coach named his final 23 players.

Cheng Hoe, however, has retained Johor Darul Takzim’s midfielder Afiq Fazail in his squad to face Thailand and Indonesia in two crucial matches in Group G in the World Cup 2022/Asia Cup 2023 qualifiers this week and next week. Afiq got married on the same day and saw no action against Tajikistan.

Also named in the final squad is naturalized Gambia-born Malaysian Mohamadou Sumareh who sat out the Tajikistan match because of suspension.

Malaysia faces group leaders Thailand this Thursday and Indonesia on Nov 19. Both matches will be played at the National Stadium in Bukit Jalil and need to win both to keep their hopes alive after defeats to the United Arab Emirates (1-2 at home) and Vietnam (0-1 away).

The Harimau Malaya made a roaring start to their campaign with an impressive come-from-behind 3-2 win over Indonesia at the Gelora Bung Karno Stadium in Jakarta.

The national team ranked 158 received a timely boost for the coming “must-win matches” on Saturday with a 1-0 win over 116th ranked Tajikistan in Tier 1 international friendly at the National Stadium with a goal by Safawi Rasid.

“I am glad that the players were able to absorb the high tensity match against Tajikistan. Our opponents were not only bigger in physique but also superior in their overall game. It was heartening to note that our players stood up to the challenge,” said Cheng Hoe. RIZAL ABDULLAH