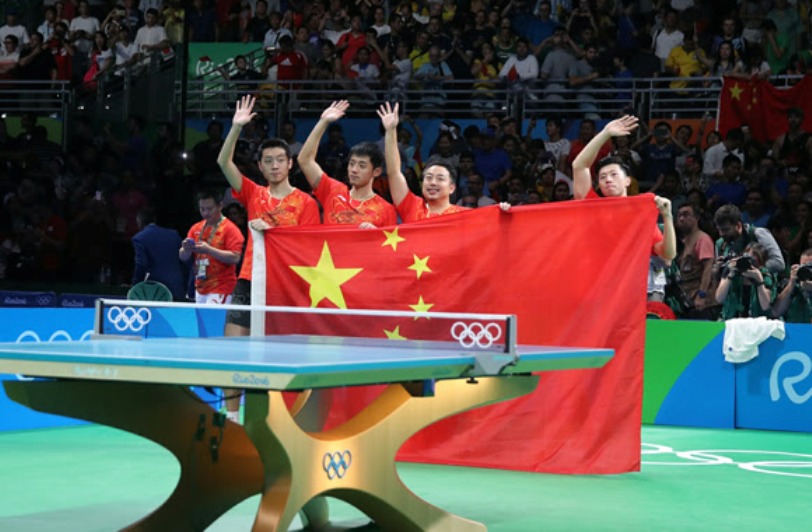 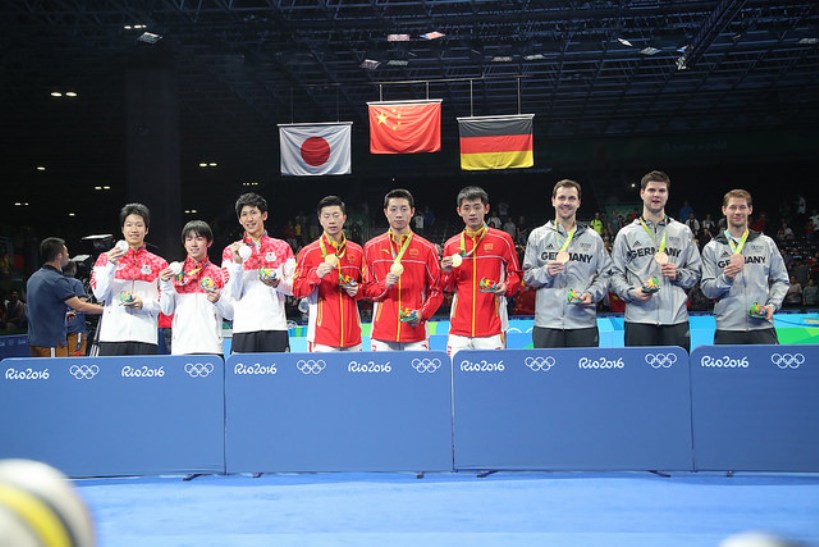 China has defended their Men’s Team Gold title in a heated Gold medal match at Rio 2016 Olympic Games, with a 3-1 victory over the Japanese men’s team.

Despite his team settling for silver, world number six Jun MIZUTANI (JPN) has played the best tournament of his life at the Rio 2016 Olympic Games Table Tennis event, defeating world number three XU Xin (CHN) for the first time in his career.

The duo faced off each other twelve times on the international stage prior to the Olympic Games, and all victories had gone in favor of XU.

“I had lost against him so many times, history was not on my side. I am glad I could finally beat him on the world’s biggest stage.”

“I have been training really really hard.”

Recovering from his defeat in the Singles match, XU partnered Singles Silver medalist and Grand Slam Champion ZHANG Jike (CHN), whom he won the 2015 Men’s Doubles world title with, to defeat Japanese pair of Koki NIWA and Maharu YOSHIMURA 3-1 (4-11, 11-6, 11-9, 11-5).

Singles Champion MA Long (CHN) continued his domineering form to take the first match and fourth match for China in three straight games over NIWA and YOSHIMURA respectively to take home the Gold for China.

“I feel very happy because the process didn’t go so smoothly tonight, so when we finally won it was heavier – this team gold medal feels a lot heavier than the singles gold medal I won,” stated MA.

He added that “The scariest moment was the doubles, because XU Xin had just lost a big second match, so there was only five minutes for him to rest and think about strategy. He did very well to win it.”

“This golden medal is not only achieved by these three players on the court, it is also due to all the supporters from China and the whole Chinese table tennis team, so we feel very proud.”

Winning his third Olympic Gold, ZHANG shared “My back injury worsened after the team semifinals, affecting my sleep, and I can’t run much. It was all my desire to win, and to perform well in the team event that kept me going in the match.”

Pleased with the team performance, the Chinese National Team’s head coach LIU Guoliang shared “They did great, every one of them played well, and we are very touched by this victory. These 12 days at the Olympic Games felt like years to us, the pressure is immense. MA Long, Jike and XU Xin have given in so much for this, and they finally got what they deserved.”

The Grand Slam Champion added “Every time there’s comments that we are unbeatable, it adds on to my pressure. I have to keep myself clear in the mind, because any loss of concentration could cause us to fall.”