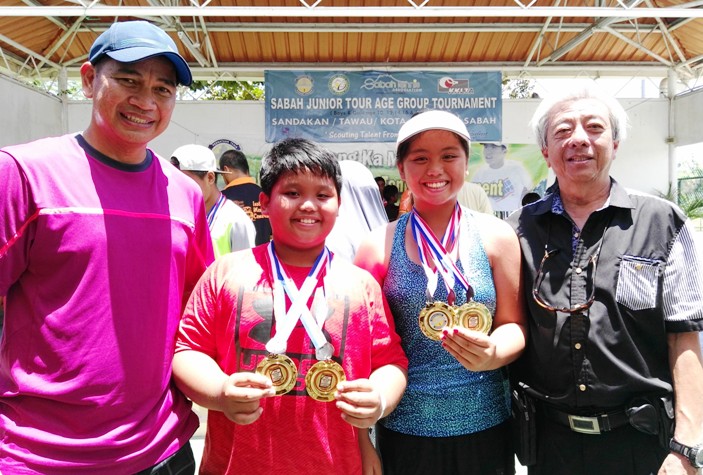 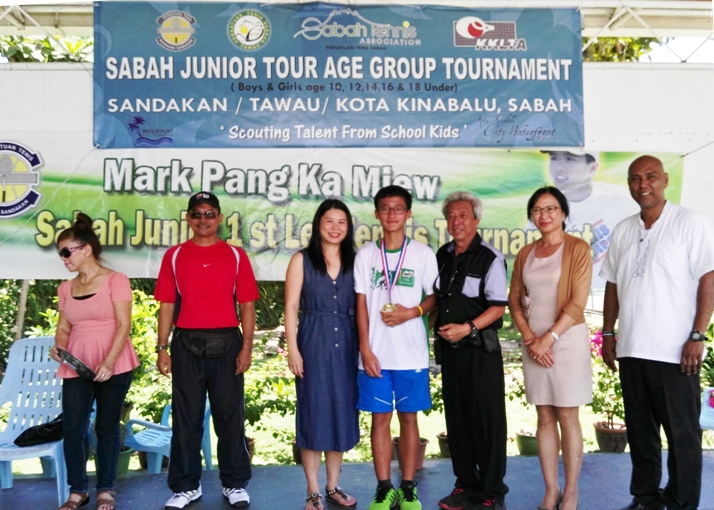 The first leg of the Sabah tennis junior tour 2016 ended with resounding results. The tournament went smoothly without interruption from weather or other related matters.

Hiew Kee Jun from Sandakan won 2 titles in the singles 16 under and the 16 under doubles. Hiew shocked top seed Luke Guansing from KK with a straight sets win 7-5, 6-4 in the finals.

Clarissa is the girl to watch and nurture stressed STA president Johnson Koh who was there at the tournament to scout new talent.

In the closing address STA president thank SDTA new president Fernando Rulloda and his new EXCO for a well-organized first leg tour. Johnson also paid tribute to the parent who travelled with the kids to take part. Parents sacrifices  is very much appreciated by STA. Without parents assistance there will be no new talent to be unearthed.

Johnson asked all parents to enter their kids in all the legs in Sabah. He also stressed to parents to send them to other state tournaments to expose themselves. STA will assist where possible as there is already a standing procedure on reimbursement if the kids enter quarter finals onwards.