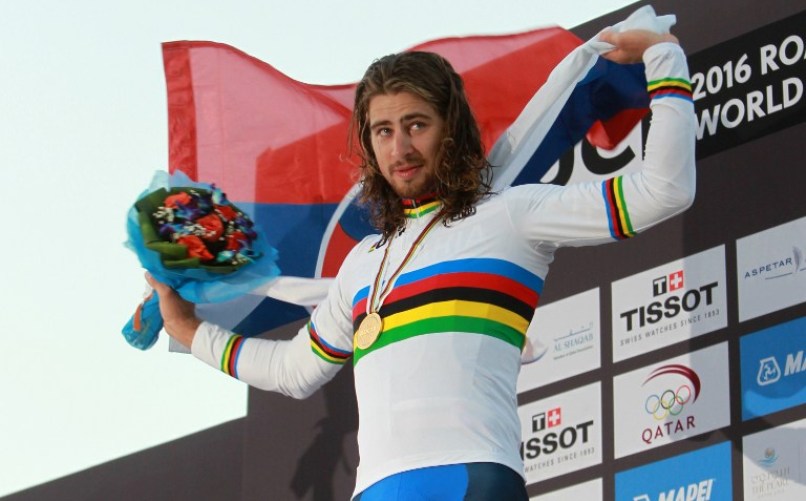 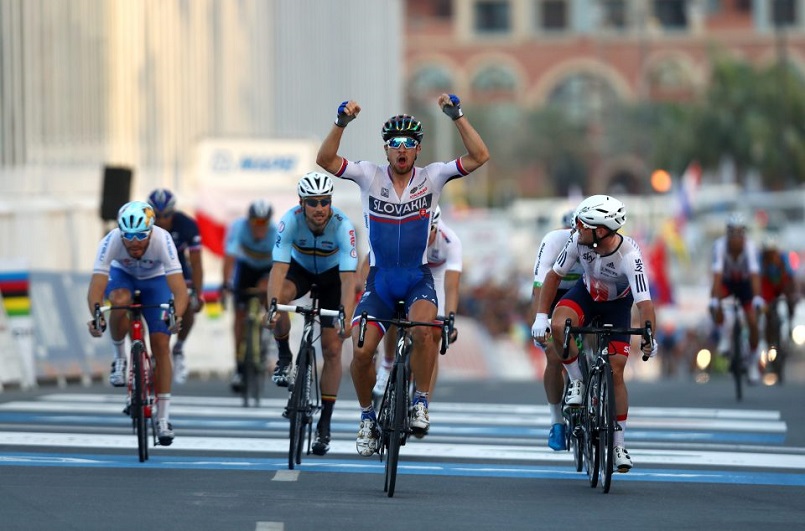 He is the first rider to retain the road race world title since Italy’s Paolo Bettini in Germany in 2007.

Belgium’s Tom Boonen finished third, which meant for the first time in the history of the event all three cyclists on the podium were former champions — Cavendish won in 2011 and Boonen in 2005.

It caps a remarkable season for Sagan, who won the points classification at the Tour de France for the fifth consecutive year and the European Road Race championships only last month.

Sagan, who prepared for the hot conditions by training in Oman, rode a masterful race throughout and was able to squeeze an opening as the sprinters bunched towards the finish line.

Many had predicted that the race, the final competition of the Road World Championships, would come down to a shootout between Sagan and Cavendish, and so it proved.

Sagan said he was fortunate at the finishing line as he was not boxed in by any other riders.

“I was very lucky,” he said. “You never know what is going to happen in sprints like this.”

He and Cavendish were part of a group of more than 20 riders which split from the peloton some 170km from the finish line, as the race passed through desert north of the capital Doha.

This group were able to keep the peloton at bay, meaning favoured sprinters such as France’s Nacer Bouhanni and German pair Marcel Kittel, who visibly suffered in temperatures of around 34 degrees Celsius (93 Fahrenheit), and Andre Greipel were never in with a shout of winning.

There were no further attacks as the leading group completed seven laps of the Pearl Qatar, where the race finished after 257km with a sprinters’ shoot-out.

Cavendish, who appeared to be checked behind Australia’s Michael Matthews as he made his final push towards the line, said he was “frustrated” by his second place.

“When I am not good enough, that’s one thing, but today tactically I made a mistake,” said the Briton.

“I feel like, I know that I lost gold not won silver.”

Boonen seemed irked when asked if Sagan was beatable.

“Of course,” he said. “He’s won a few titles but he hasn’t won everything. Everybody is beatable.”

The race brought the curtain down on a controversial world championships dogged by criticism of the lack of spectators watching events and the fierce temperatures which confronted cyclists throughout the week.

Next year’s event will be held in Bergen, Norway. – Agence France-Presse