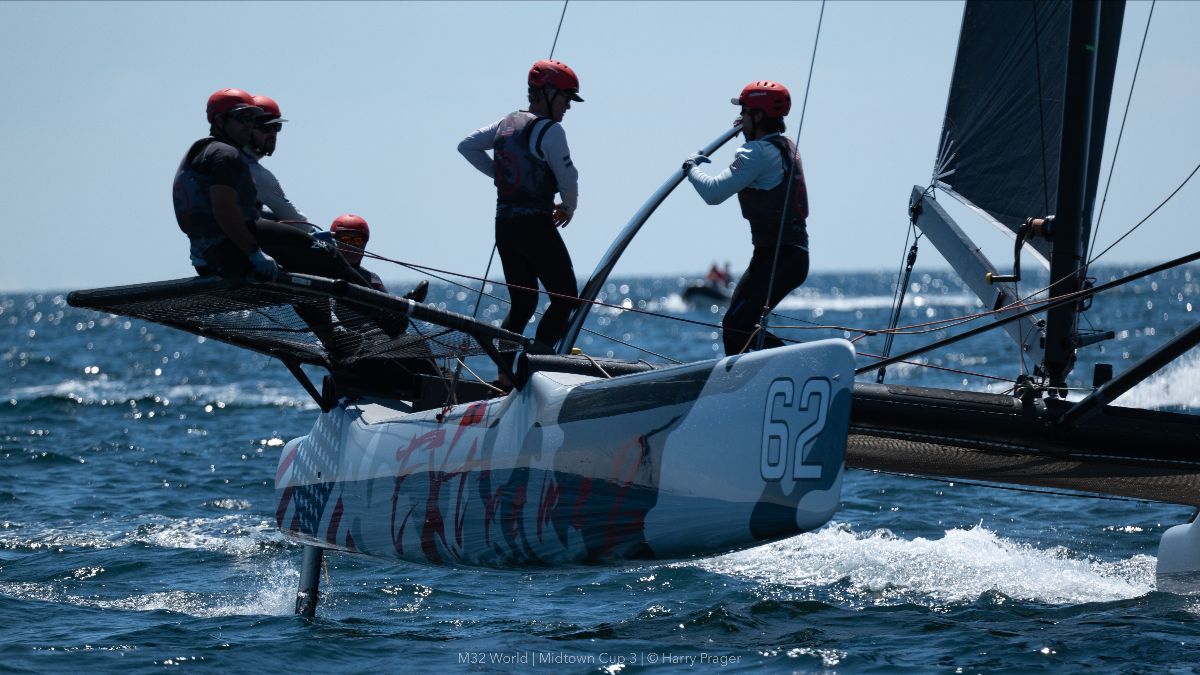 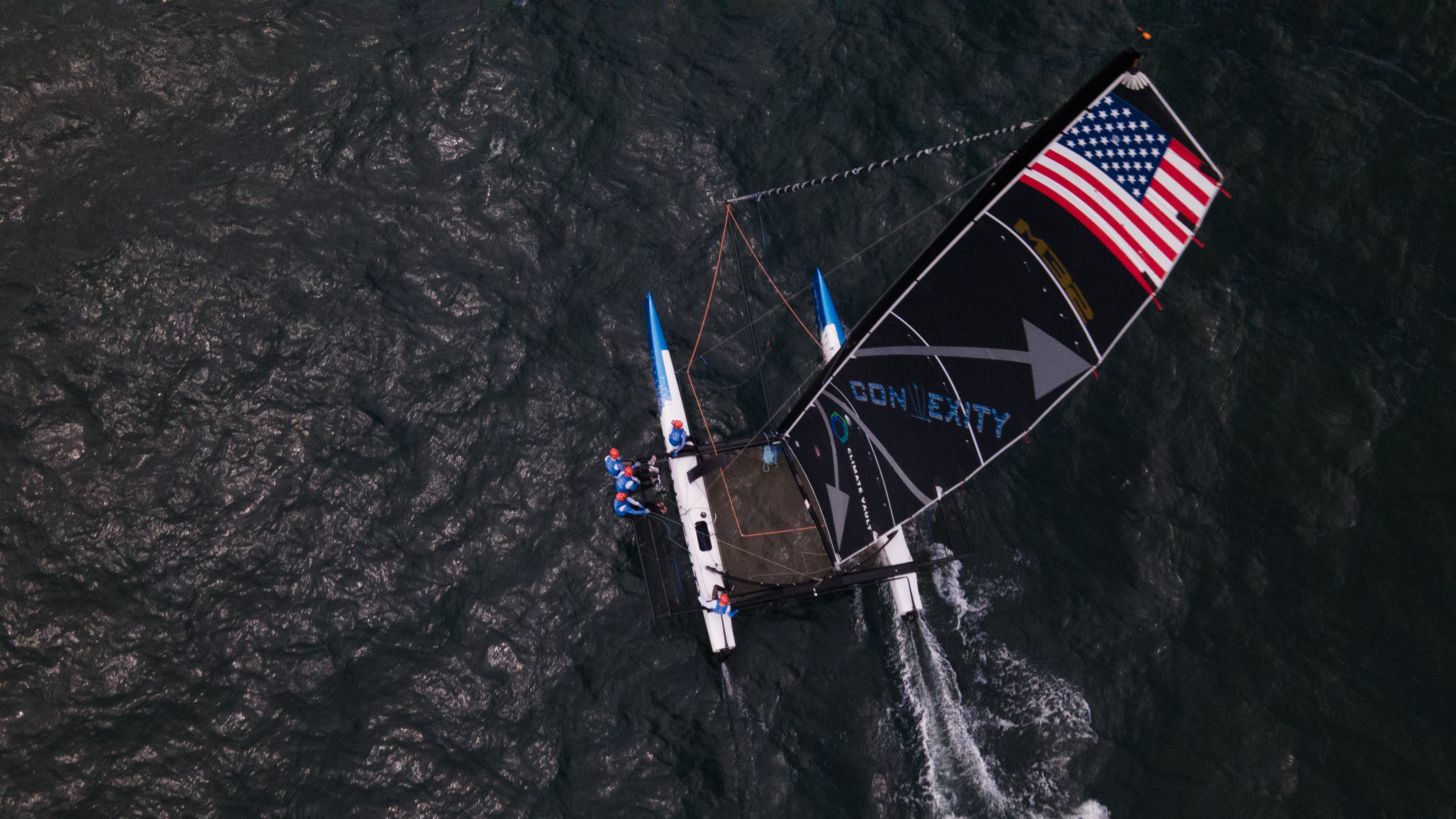 The North American Championships and the final event of the Midtown Racing Series were held August 12-14 in Newport, RI. On storied America’s Cup waters outside of Narragansett Bay, all scheduled 13 races were held as planned in both northerly and sea breeze winds. Extreme2 with skipper Dan Cheresh claimed the Midtown Cup Series Trophy, and Convexity with skipper Don Wilson defended the North American Championship title.

Full Social Program
The Midtown Race Club, the Newport home of the M32, is located in the heart of downtown Newport. Teams enjoyed the central location all weekend with a Friday after sail at the Midtown Burgee Bar, which has become a tradition.  At the awards, drinks and a classic carnival dunk tank were on site for a bit of fun to allow teams to get some payback to tacticians for calls made on the racecourse. When Taylor Canfield, reigning World Champion and tactician on Convexity, stepped into the hot seat, a line was formed to throw a ball. During the weekend, the M32 fleet and the Newport sailing community were invited to an evening of remembering sailor Hayden Goodrick who tragically lost his life earlier this year. The many individuals who have contributed to the Goodrick school trust for his children were thanked, and many stories about Hayden were shared. The Hayden Goodrick Cup was presented during the evening, which will be the perpetual trophy for the M32 North American Championship.
Full Results at m32world.com/results/