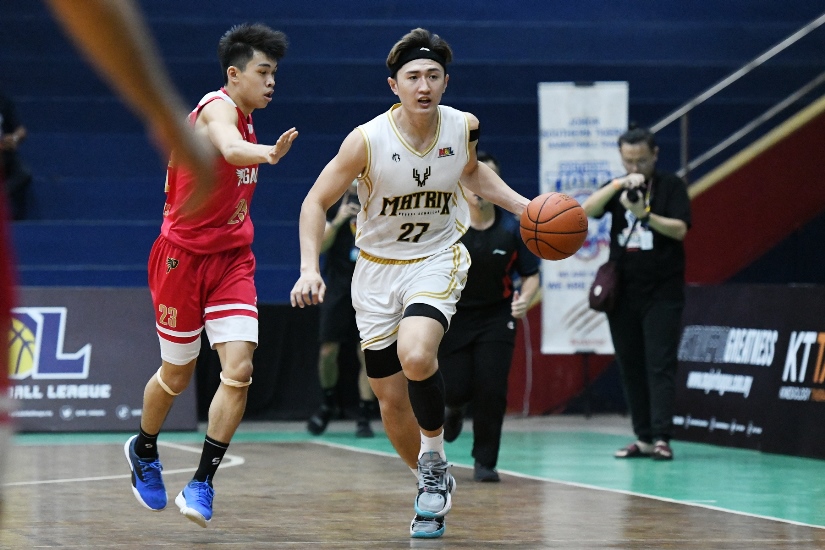 NS Matrix proved that no lead is safe for their opponents as they came from 25 down to defeat Pegasus Sports 82-78 in a thrilling Major Basketball League Malaysia Batu Pahat circuit opener on Thursday.

Pegasus built their lead to as high as 25 in the second quarter but a furious long range barrage by NS punched their way back into the game with a Kuek Tian Yuan three starting a run of five straight threes that saw the lead reduce to six at the half.

NS Matrix started a 7-0 run as they took the lead for the first time in the game early in the fourth. Pegasus fought back to cut the lead to one after a Ryan Smith putback with a minute to go.

It was a wonderful homecoming for Johor Southern Tigers with an impressive 75-62 win over KL Aseel in their home circuit opener.

In spite of a better run by KL Aseel late in the third, Jeramer Cabanag’s jumper ensured Johor closed the quarter with a 12 point lead. KL Aseel couldn’t come closer than 11 in the final quarter, allowing Johor Tiger to hold firm for their third win.

It was another outing to forget for KL Aseel who shot poorly at 37% while committing 23 turnovers in their first game without Ee Kee Lip at the helm. Their best player was Maegan Mahadevan with 12 points and 9 rebounds.

Singapore Adroit finally tasted their first win of the season with a hard fought 80-70 win over Sunrise Youngsters. Moses Morgan and Charles Garcia impressed with 23 and 22 markers respectively.

Sunrise Youngsters kept the game close but foul trouble for their big men proved to be a thorn on their side. Their best player was De Wee Yiang with 20 points and 9 rebounds.