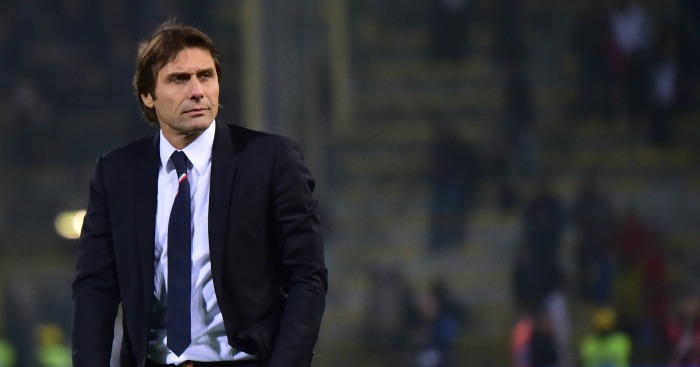 Antonio Conte says he hopes Chelsea under his stewardship will light up the Premier League title race this season.

The 46-year-old — who guided Italy to the quarter-finals of Euro 2016 only losing on penalties to world champions Germany — said Chelsea may not be top of everyone’s list to challenge for the crown after finishing 10th in their title defence last term.

“We are under-rated a bit, and might slip under the radar, but I hope there’s a small flame flickering here that can hopefully grow into a blazing inferno,” said Conte at his unveiling to the media at Stamford Bridge on Thursday.

The Italian -– who rejected the opportunity to follow the example of predecessor ‘Special One’ Jose Mourinho and give himself a nickname — said a club the size of Chelsea shouldn’t be scrabbling around in mid-table.

“When you are a player, a footballer, or a manager of a great club like Chelsea, you must play to win,” said Conte, who also took the opportunity to confirm Chelsea icon John Terry would be club captain.

“I know that this league is very, very difficult because there are six or seven teams who can win the title. For this reason, this situation is very exciting for me. It excites me, this situation.

“We know that, this year, it won’t be easy for us because if we think about the last season and 10th position… Last season was a bad season, yes?

Conte, whose animated behaviour on the touchline was one of the more memorable features of the Euro, refused to compare himself to Mourinho.

“It’s always tough to compare people,” said Conte, who as a hardworking midfielder helped Juventus win five Serie A titles and to the Champions League trophy.

“There are certain managers who are winners. On that I would agree with you.

“Regardless of the job they do, some coaches have a winning mentality besides their working methods and philosophies.

“There are winners in football, but not everyone has that in them. Those who do are, indeed, special.”

Conte, though, dismissed the suggestion with Pep Guardiola and Jurgen Klopp also managing Premier League teams — Manchester City and Liverpool respectively — the coming season would be dominated by personalities in the dug-out.

“In this league there are many, many players with great talent. Fantastic players. Also there are good managers,” said Conte.

“For me, I’m very happy to be compared with them, but in this tournament it’s not a challenge between managers. Between great teams, between great players… these are the most important things.

“There are also great managers, good managers, but the most important things when there is a game, Chelsea v United, City, Liverpool, Arsenal… Tottenham also. All teams.”

Conte, who guided Juventus to three successive Serie A titles before assuming the Italy role after the 2014 World Cup, said he didn’t know whether the challenge he faced at Chelsea was any greater than the one he had taken on at Juventus.

“I don’t know if it’s the most difficult challenge of my career,” said Conte.

“I know that when I arrived in Juventus, Juventus had just had two seventh places in the previous two seasons and then we built something. Something fantastic.