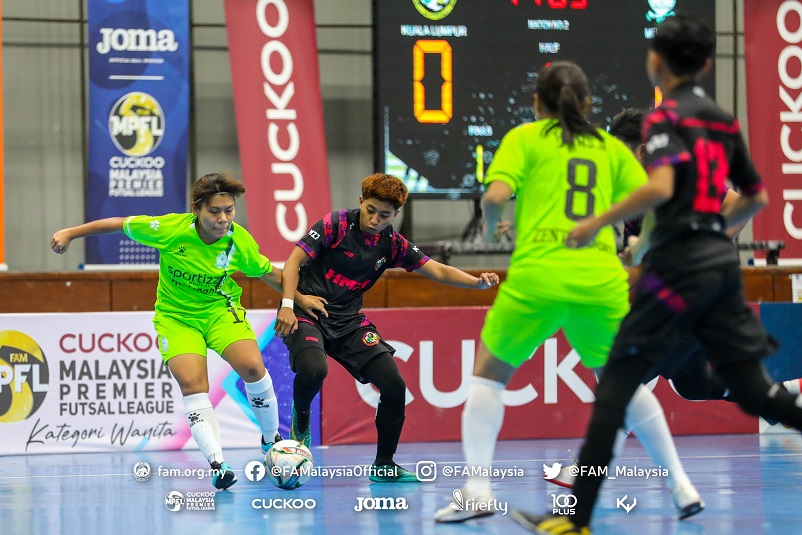 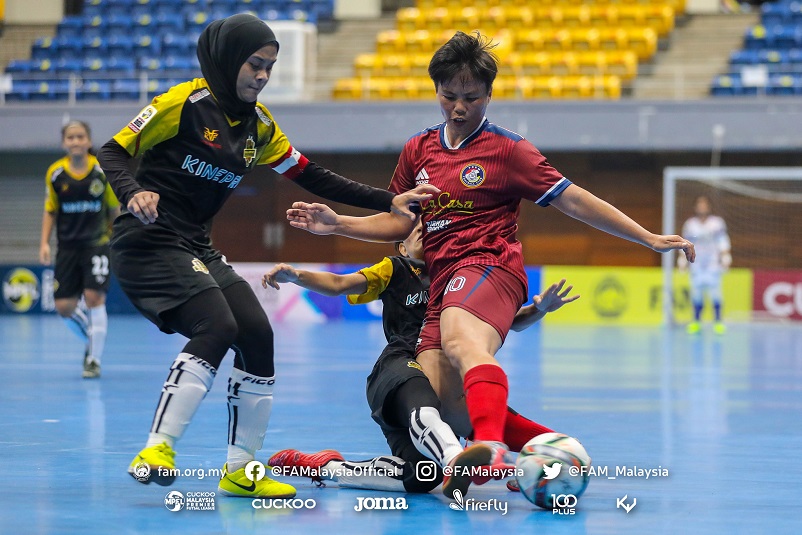 Melaka made a cracking start to their campaign in the 2022 Cuckoo Malaysia Premier Futsal League (MPFL) Women’s Division when they whitewashed Kuala Lumpur 10-0 at the National Sports Complex Panasonic in Shah Alam.

Hanani Adriana Shamsul Azizan was on a hat trick (2nd, 12th and 22nd minute) and then a double from Zur’ain Kamarudin (23rd and 24th).

In the meantime, KL Prefer-Cyberlynx were also big winners on opening day when they overwhelmed PDRM FC 5-1.

PDRM’s only goal of the game came late in the 37th minute through Nabila Naim.