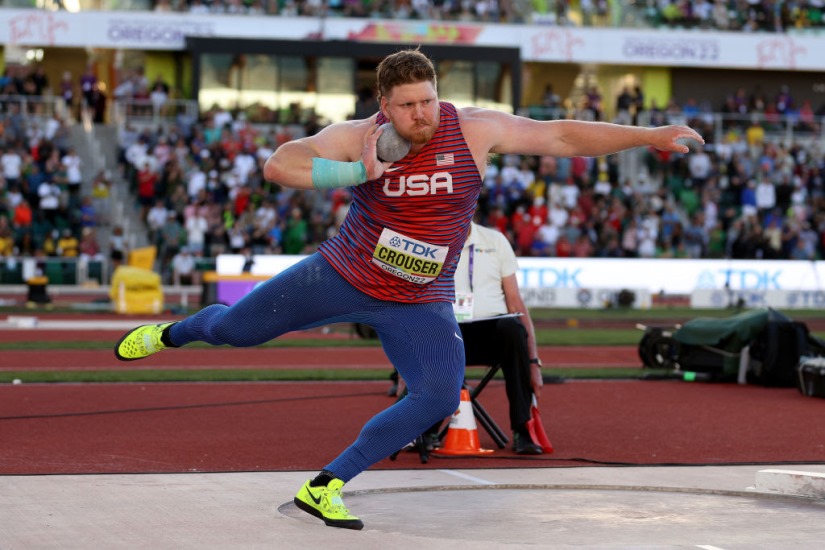 On a terrific third afternoon session of action at the World Athletics Championships Oregon22 on Sunday (17), USA went on a golden rampage in the field events – winning the men’s shot put and women’s pole vault – while another gold for the host nation came in the 110m hurdles. Jamaica, once again, has proven itself to be the all-conquering, utterly unstoppable superpower of women’s sprinting.

Here in Oregon, the only rightful place to start is with that superb men’s shot put, specifically with the greatest ever exponent of the discipline – a man who grew up a two-hour drive from Hayward Field, a guy who was forced to stare defeat in the face in the fifth round, who had to look inside himself and answer with a swift and defiant hell-no.

Ryan Crouser had done just about everything in his career, but the 29-year-old had never won a world title, indoors or out, and in round five it looked like that “curse” – as he called it – was about to continue. His longtime rival Joe Kovacs seized command with a throw of 22.89m. Could Crouser respond? Well, this was a moment he’d spent a lifetime preparing for.

When he was a teenager, his father Mitch used to put sticks in the ground at the end of training sessions, telling his son it was the Olympic final and he simply had to surpass them with this one final throw. All that pressurised practice paid off on Sunday night, with Crouser unleashing a whopping 22.94m throw in the fifth round to seal gold. Kovacs took a well-earned silver, while Josh Awotunde broke new ground in third with a PB of 22.29m to make it a US sweep.

At a glance: day four highlights