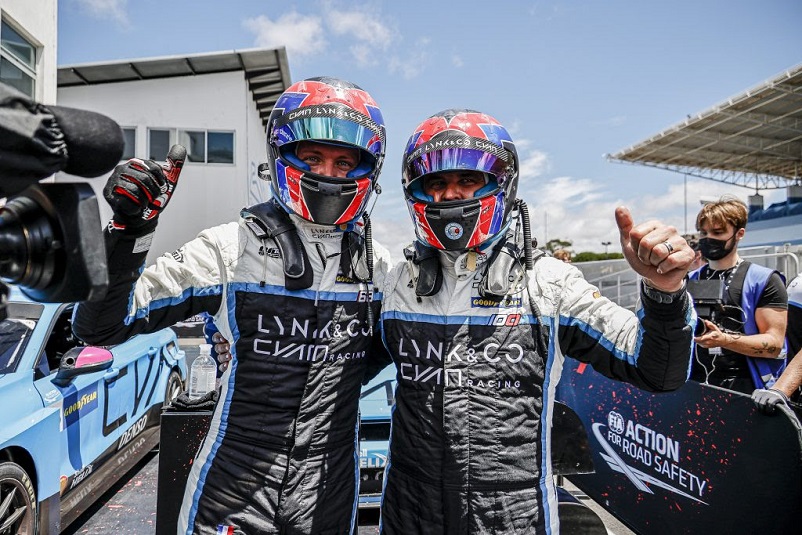 Ehrlacher: “The 2022 season will be challenging, the competition will be very high”

Cyan Racing Lynk & Co has announced that it’s maintaining its French family connection for the 2022 WTCR − FIA World Touring Car Cup when Yann Ehrlacher will aim to remain on his throne as the category king.

Ehrlacher, who became King of WTCR after winning the coveted title in 2020, retained his crown in 2021 following another standout campaign aboard his Goodyear-equipped Lynk & Co 03 TCR.

With his uncle Yvan Muller, the four-time FIA World Touring Car champion, by his side, Ehrlacher is well placed to challenge for more WTCR title success in 2022. However, the 25-year-old is braced for another tough season of on-track action.

“The 2022 season will be as challenging as every year, the competition will be very high,” said Ehrlacher. “I have no illusions that it will be easier after two consecutive titles, we will have to try even harder this year. I have worked hard mentally and physically ahead of this season, and I feel ready. I am super-happy to start my fourth season with Cyan Racing.”

Muller, who has eight WTCR wins compared to Ehrlacher’s seven, is now the oldest driver on the WTCR grid following Gabriele Tarquini’s decision to quit driving full time. But the 52-year-old is adamant that age won’t be a barrier to even more success.

“I don’t feel like it has been 17 years since I made my World Touring Car debut,” said Muller, who has been part of the Cyan organisation since 2017, initially in an advisory role before he returned to racing following his short-lived retirement. “I feel fresh and my mindset ahead of this season is almost like for my first. We have come a long way together as a team and the results that we have achieved during this period are one of a kind. But the story has not finished and the goal for this season has not changed.”

Fredrik Wahlén, the Cyan Racing Team Manager, said: “Yann and Yvan are integral to our programme, as they have been since the start of the Lynk & Co Cyan Racing programme and I could not be happier with the line-up that we have. Now we need to put all the pieces together during pre-season testing and deliver when we start racing for real.”

Cyan Performance trio Thed Björk, Ma Qing Hua and Santiago Urrutia will also rely on Lynk & Co power in 2022 as the number of cars from the Chinese Geely Group Motorsport stable appearing on the WTCR grid increases. “Fielding five of the best touring car drivers in the world is obviously a strength and necessity in our push of defending our WTCR titles,” Wahlén added.