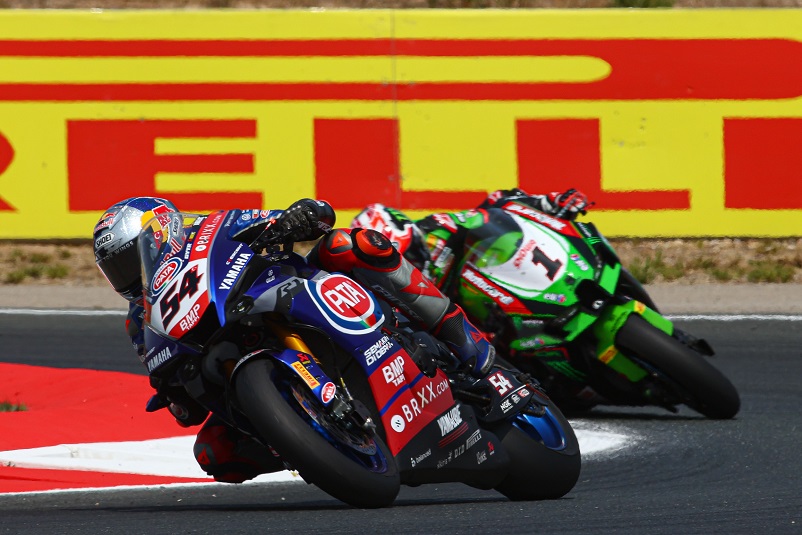 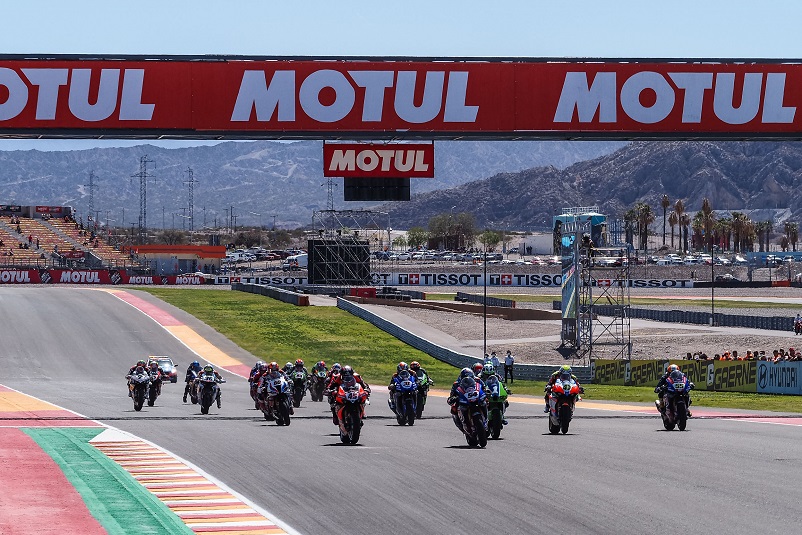 The Superbike Commission, composed of Messrs. Gregorio LAVILLA (Dorna, WorldSBK Executive Director), Franck VAYSSIÉ (FIM), Andrea DOSOLI (Yamaha), Paolo MARCHETTI (Kawasaki), Gigi Dall’Igna and Marco ZAMBENEDETTI (Ducati), Marc BONGERS (BMW), Brian GILLEN (MV Agusta), in the presence of Jorge VIEGAS (FIM President), Paul DUPARC (FIM, Secretary of the meeting), Scott SMART (FIM WSBK Technical Director), (Dominique HÉBRARD (FIM CTI Sporting Manager) made the following decisions in a meeting held in vis-à-vis and by electronic ways on 12 November 2021:
Sporting Regulations
EFFECTIVE SEASON 2022
Age limit and number of entries for events
The minimum age for participation in the FIM Supersport 300 World Championship will be increased from 15 to 16 years, in order to have more mature, experienced riders;
The maximum number of riders permitted in the FIM Supersport 300 World Championship and Supersport classes will be limited to 30 contracted entries plus two wild cards.
In 2023, the age limit of the new FIM Supersport World Championship will be increased from 16 to 18 years old.
These changes formed part of a comprehensive change to minimum ages across a wide spectrum of FIM World Championships. Full details have already been announced by the Permanent Bureau.
Similar decisions have been taken by the respective Commissions managing the FIM Circuit Racing activities.
Maximum time to qualify for the race
To qualify for the race, the riders will have to achieve a maximum time of 105% (reduced from 107%) of the fastest rider in their class.
Airbag equipment for all riders
The use of an Airbag system will become compulsory in all the classes (until this year it was highly recommended).
Dedicated transponders for all riders of the Supersport and Supersport 300 classes In order to be able to distribute urgent information to the riders via their dashboards, specific and dedicated transponders will be on board each motorcycle.
This equipment is already in use in the WorldSBK and MotoGP™ classes.
Reduction of tyres in the SBK class
The maximum number of tyres used per weekend in the WorldSBK class will be reduced from 24 to 21.

This will be the subject of a separate press release.
Supersport “new generation” class
The Technical rules for the renewal of the Supersport class have been approved. The philosophy guiding these new rules was to find better balances (capacity / power / weight ratio) and to offer new machines that can compete in this new generation “Supersport” class.
The technical rules will be presented shortly.
Helmet analysis after a crash or a head injury
It was found essential to permit the expert technical examination of helmets post incident to formally declare, as necessary, the helmets unusable with the appropriate recording of this information and also to facilitate the ongoing FIM Helmet Project. The helmets of all riders taken to the medical centre for assessment following a crash must be retained by the medical personnel or CMO for control by the Technical Director or Technical Stewards before being returned to the rider or the team manager.
In the event of head trauma, including concussion, the SBK Commission agreed to facilitate further development of the FRHP programme and to allow the development of the next FIM FRHPhe-02 standards for helmets for 2025. The helmet will be sent to the FIM Laboratory at the University of Zaragoza for an expert examination and a non-destructive analysis. The Helmet manufacturer will be allowed to attend this analysis. After inspection, the helmet can be returned to the rider, the team or the manufacturer.
A further Electronic SBK Commission will be held before the year’s end to ratify the 2022 FIM Superbike, Supersport & Supersport 300 World Championship Regulations.
A regularly updated version of the FIM SBK Regulations which contains the detailed text of the regulation changes may be viewed shortly on the FIM website.