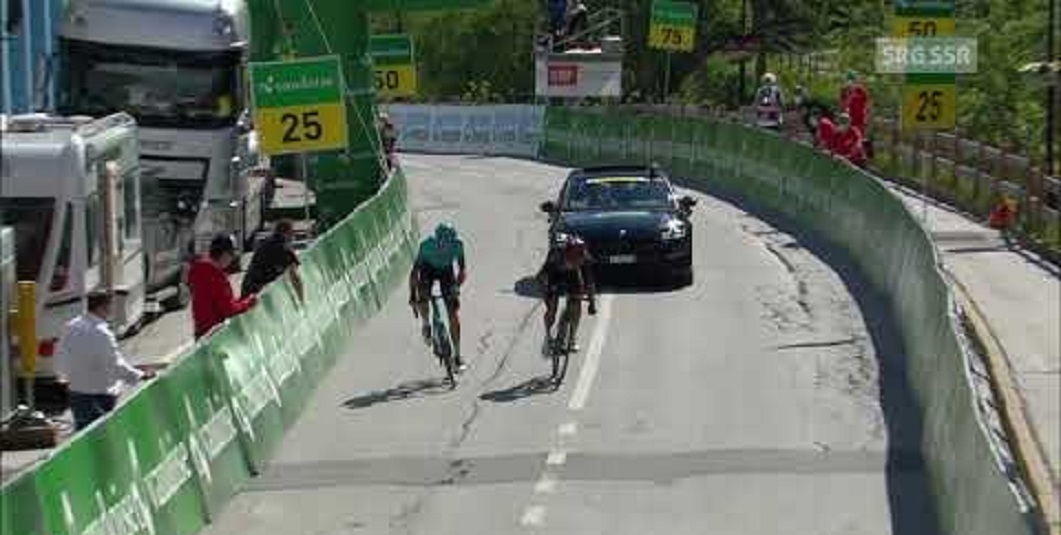 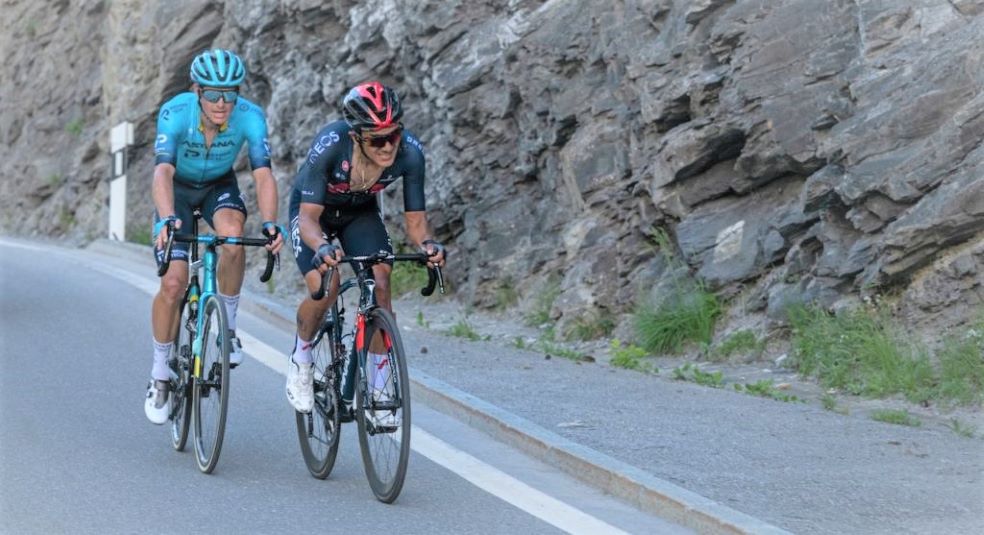 “This success means a lot to me because it’s my first win of the season”, a delighted Carapaz said shortly after finishing the 175.2 km long fifth stage. He was just as pleased with the leader’s jersey. He did downplay the expectations about his chances for the overall victory: “There are still three difficult stages coming up so there’s still a lot that can happen.

At only 4 km from the finish line Carapaz bridged up with attacker Fuglsang. In the two-man sprint, the 28 year-old allowed his older rival to kick off from far out before showing his own strength in the final 25 metres.

Carapaz is the first-ever Ecuadorian stage winner in the Tour de Suisse.He grew up in simple circumstances in a mountain village in the Andes at an altitude of 2950 m. His height of 1.70 m and weight of 62 kg are reference to his excellent climbing skills which led him to the overall victory in the Giro d’Italia in 2019 and second place in the Vuelta a España in 2020.

His most notable feat this season was being disqualified whilst leading the cycling Monument Liège-Bastogne-Liège for using the so-called ‘supertuck’-position in a descent, a rule which had then been in force for a few days.

Mathieu van der Poel (Alpecin-Fenix) provided a special twist to his final day in the yellow leader’s jersey. The Dutch champion attacked on the descent from the Col du Pillon. He was marked by Austrian Hermann Pernsteiner (Bahrain) and Spaniard Sergio Samitier (Movistar).

In the Rhone valley Claudio Imhof (Swiss national team) bridged up with the trio in front. Van der Poel turned his final day in yellow into an intensive training ride and then took it easy on the climb up to Leukerbad, finishing 20 minutes behind Carapaz and Fuglsang. The best Swiss rider on Thursday was Matteo Badilatti in 14th place, losing only 4 minutes to the winner. – www.tourdesuisse.ch