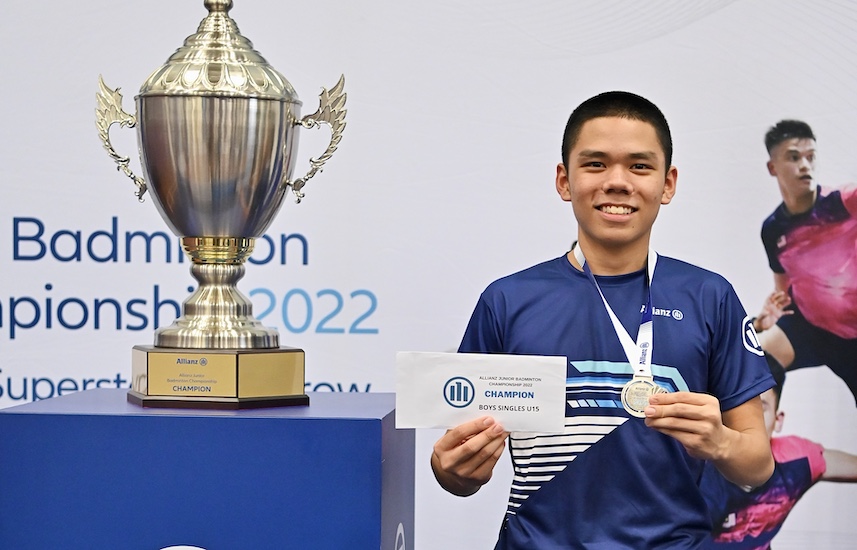 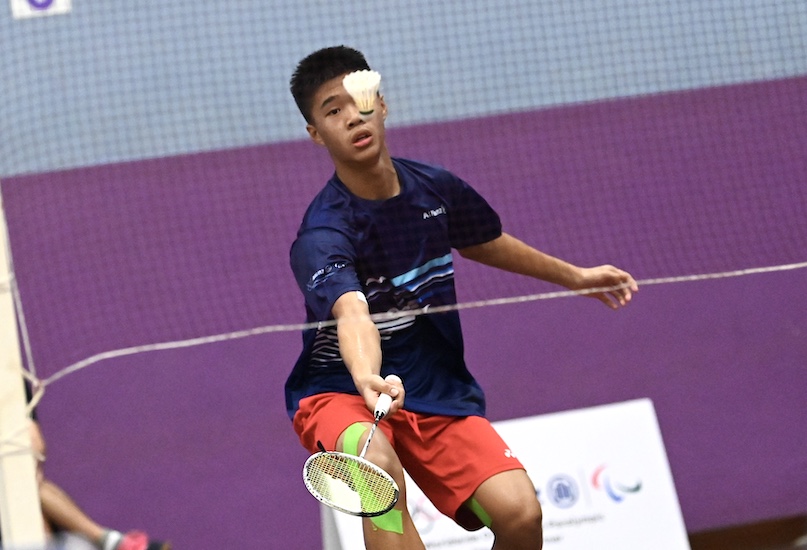 Nixon Ang Jia Shen went one up against his doubles partner Khaw Kai Shyang to win the Boys Under-15 singles crown in the Allianz Junior Badminton Championships Qualifying Round 5 today at the University Science Malaysia Sports Complex.

“It is always tough playing against Khaw as we know each other well and have played many times before. Today was my day to win and I am happy with the singles title,” said Nixon.

Khaw, who has been looking forward to breaking his streaks of barren runs, was contented to share the doubles gold with Nixon.

“I am happy we won the doubles. I can now erase the disappointment of going down in the singles final,” said Khaw.

Sivenesh Saravanan, 13, from SMK Tinggi Bukit Mertajam triumphed in the Boys Under-13 singles final with a 21-12, 21-16 win over 12-year-old Joshua Karunagaran in the final.