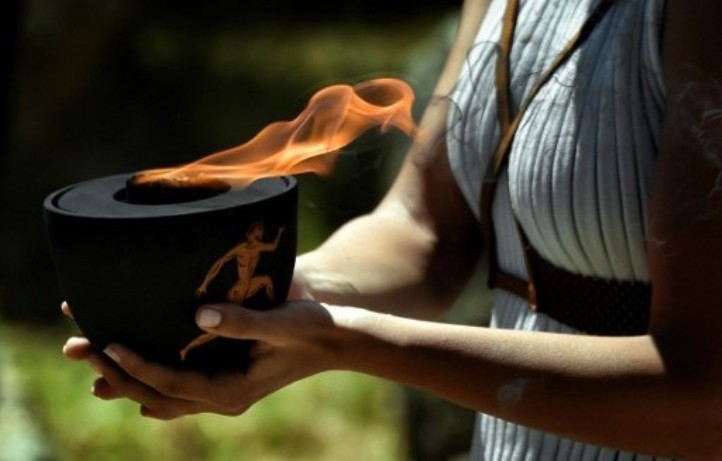 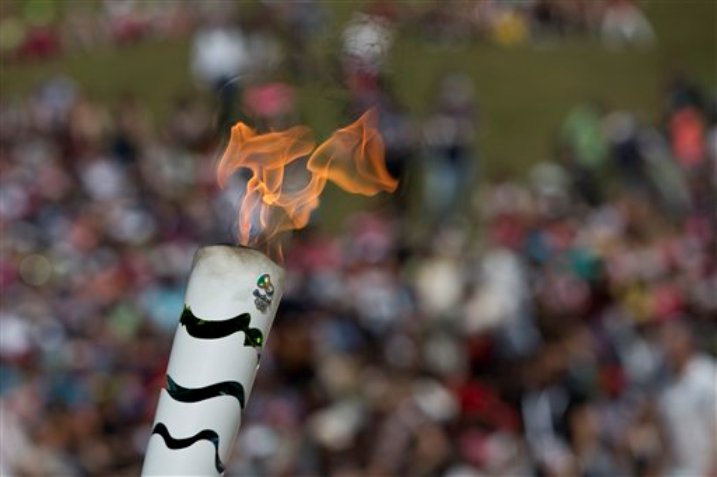 The Olympic flame was lit Thursday in an ancient temple in one country in crisis and solemnly sent off carrying international hopes that Brazil’s political paralysis will not taint the Rio Games that start in barely 100 days.

As the flame was kindled in the 2,600 year-old Temple of Hera at Ancient Olympia, International Olympic Committee president Thomas Bach and Rio organisers sought to rally support for their cause.

Bach told the ceremony that the Rio Games will be held “in a world shaken by crises” but hailed preparations for the first Olympics in South America.

“In just a few weeks, the Brazilian people will enthusiastically welcome the world and amaze us with their joy of life and their passion for sport,” he predicted.

“Despite the difficulties that Brazil is facing today, the flame is a timeless reminder that we are all part of the same humanity,” Bach said.

In her place, Rio 2016 organising committee chairman, Carlos Nuzman, said the flame “brings a message that can and will unite, our dear Brazil, a country that deserves its quest for a brighter future.”

Setting off from a Greece beset by its own economic turmoil and now at the forefront of Europe’s migrant crisis, the flame will tour Greece and then go to scores of Brazilian cities before it arrives at Rio’s Maracana Stadium for the August 5 opening ceremony.

He passed it to Brazilian volleyball legend Giovane Gavio, an Olympic gold champion at the 1992 Barcelona and 2004 Athens Games who is now director of volleyball for Rio 2016.

Overall, some 12,000 torchbearers will carry the flame through Brazil.

In a gesture to the migration crisis, a Syrian man who lost a leg in the civil war in his country will carry the torch through the Eleonas refugee camp next Tuesday, a UN source said.

The man, whose name is to be officially announced Friday, has been living and working in Athens since being granted asylum in Greece.

A team of up to 10 refugees will take part at the Rio Olympics. Forty-three athlete refugees have been identified by the IOC as possible contenders.

The Olympic torch will be handed over to Brazilian officials on Wednesday in a ceremony at the historic all-marble Olympic stadium in Athens, site of the first modern Games in 1896.

The torch harks back to the ancient Olympics, when a sacred flame burned throughout the Games. The tradition was revived in 1936 for the Berlin Olympics.

Brazil’s preparations have been overshadowed by the government crisis caused by accusations that Rousseff juggled government accounts to disguise budget shortfalls during her 2014 reelection.

The beleaguered president insisted this week that Rio’s preparations are ahead of schedule.

“The Games are in a totally adequate situation, we’re even a little ahead of schedule and more so than we had planned for,” Rousseff said Tuesday.

Bach on Wednesday said he was confident that Rio will lay on an “excellent Games”.

The IOC and Rio organisers have played down fears over the quality of water in Rio bay to be used for yachting and some swimming.

“We are very confident that the competition area will offer safe and fair conditions,” Bach said this week.

There have also been travel warnings and athlete cancellations over the Zika virus that is believed to potentially cause serious birth defects if contracted by pregnant women. – Agence France-Presse