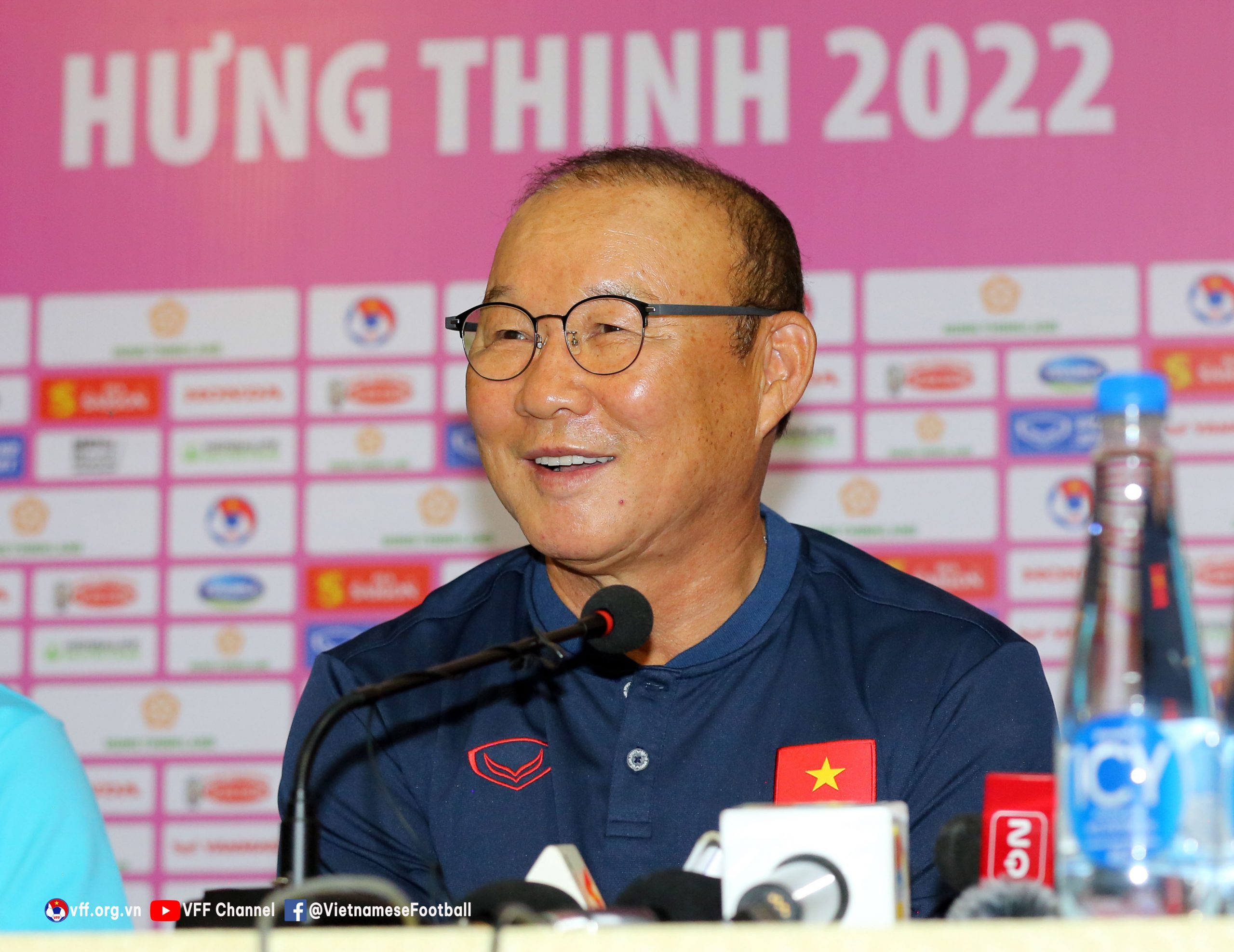 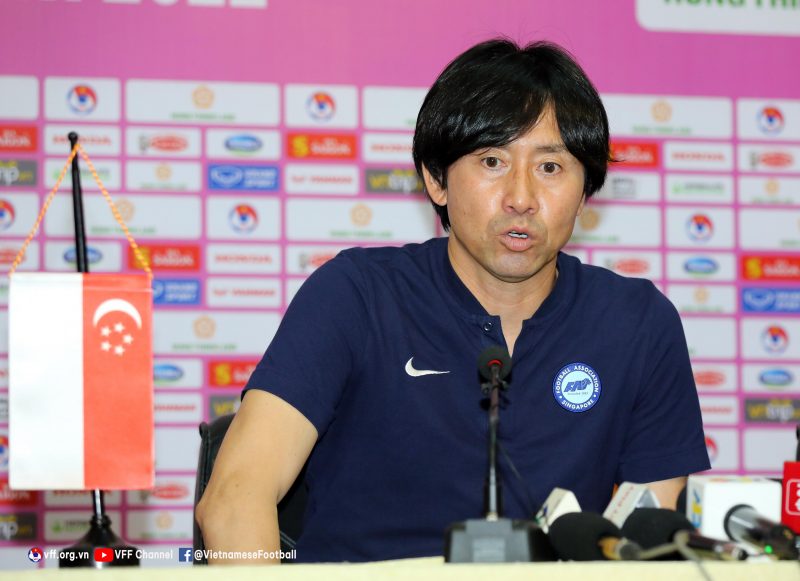 Vietnam head coach Park Hang-seo said that there will be more than just a game against Singapore at stake in the Hung Thinh Cup 2022, where the focus will also be on ‘closely watching their players.”

Host Vietnam will take on Singapore in the opening game of the Hung Thinh 2022 at the Thong Nhat Stadium in Ho Chi Minh City later this evening.

The other competing team is India.

“We are going to be in the same group with them (Singapore) at the AFF Mitsubishi Electric Cup later this year, so I think in tomorrow’s match, we will have to be careful. Personally, in the match against Singapore, I will also focus on watching their players (closely),” said Hang-seo this afternoon.

“Initially, I planned to call 31 players, but Hoang Duc was injured so we only have 30 players. Quang Hai and Van Khang did not gather until yesterday evening.

“I find the new players in the team quite exciting but they can also feel pressured, nervous and stressed.”

Singapore head coach Takayuki Nishigaya said for the game against Vietnam, there will be nothing to hide.

“We have called up some new faces. These are quality players. We have trained and are ready for the tournament,” said Nishigaya.

“The Vietnam team has many young and enthusiastic players. This is a strong team. The head coach of the Vietnam national team is a person who can inspire and motivate. But We are ready to perform to the best of our ability.”