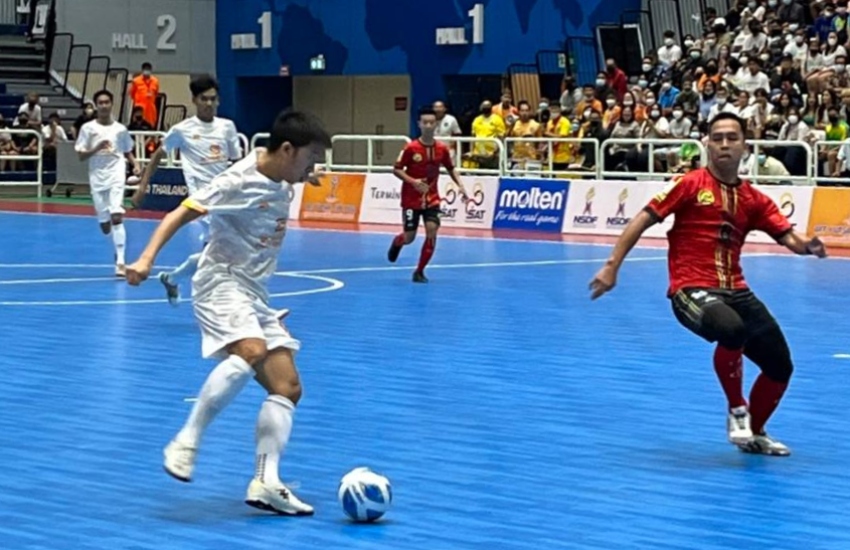 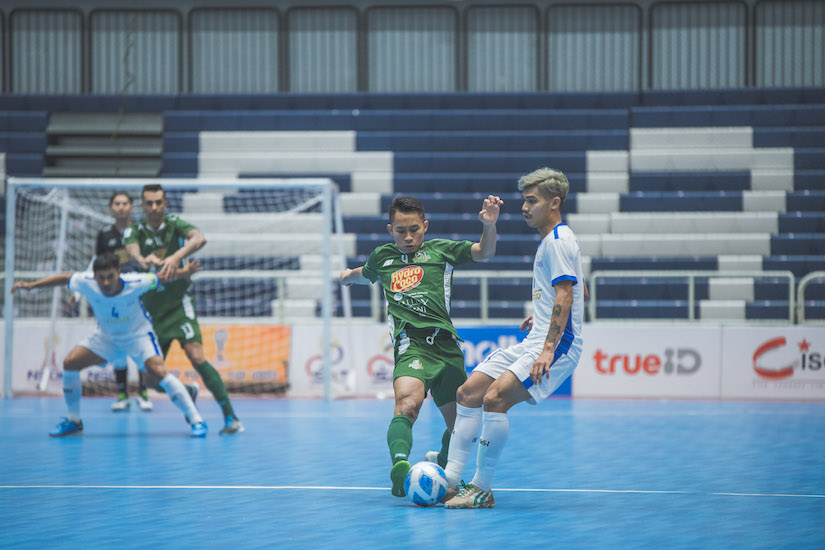 Hongyen Thakam from Thailand and Bintang Timur Surabaya (BTS) from Indonesia opened their Group A campaign of the AFF Futsal Cup 2022 on a smashing note when they overcame their opponents with a combined 24 goals at Terminal 21 in Korat.

Both Hongyen and BTS whipped Perwira FC from Brunei and Down Town Sports from Cambodia by the same 12-2 score line.

The host team swayed by a vociferous stand complete with a percussion backup took just four minutes to prise open the lead with a Katawut Phoopan stabbing finish as Wattaya Duangpoo then pumped in a brace (6th and 19th).

And while Perwira started the second half confidently when Md Khairul Saifuddin Zulkifli fired in their first goal of the game in the 22nd minute to be followed by a second from Ak Mohamad Khairul Adruman seven minutes later, that was to be their only salvation.

Hongyen were just too irresistible as Ampol Srirageaw (29th minute) fired in the ninth goal with Wattaya then completing his hattrick with his third goal of the game in the 34th minute to be followed by another from Keattisak (39th).

Siksaka then rounded off the fine evening for Thakam with the final goal of the game three minutes to the end.

In the meantime, BTS showed that they are serious contenders for the title this year when downed Down Town Sport 12-2.

Andri Kustiawan fired in a hattrick (4th, 5th and 20th minute) as BTS then finished the first half 7-1 in the lead with goals from Rio Pangestu Putra (6th), Muhammad Aditya Rasyid (7th), Syauqi Saud (12th) and Samuel Eko Tampubolon (16th).

The second half was all BTS as they piled the goals through Rio (27th), Samuel (31st), Septyan Dwi Chandra (23rd), Mochamad Iqbal Rahmatullah Iskandar (26th) and Ardiansyah (38th).

Down Town Sport were on target in either half through Tong Chanmony (17th) and Setha Sachakboth (21st). 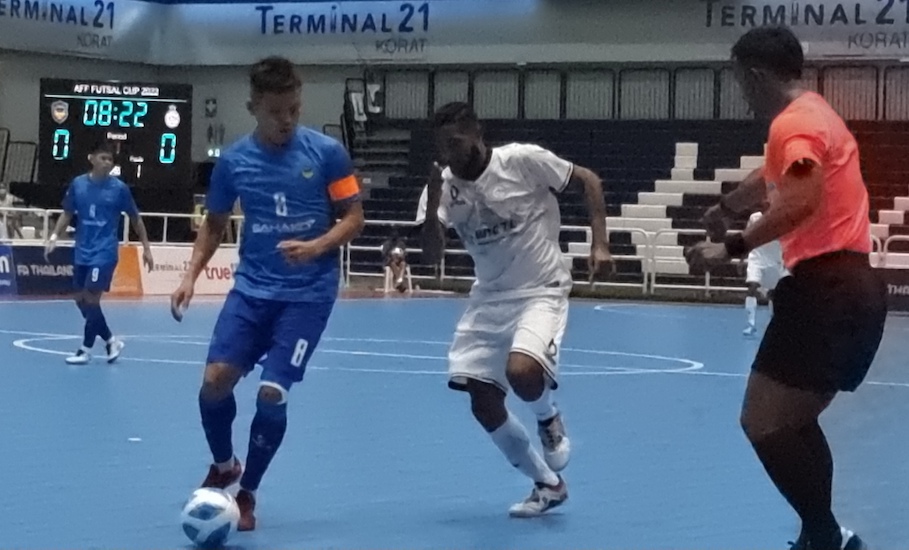 On the other hand in Group B, Sahako FC from Vietnam were made to work hard for their 2-0 win over Ramelau FC from Timor Leste.

A stubborn Ramelau side held off Sahako for much of the exchange for the score to stand scoreless at the half.

But a defensive mistake just after the break saw Duong Ngoc Linh pouncing on for the lead as Ngo Ngoc Son then finished things off five minutes to the end.

1430hrs: Perwira vs Down Town Sport