AS the football season closed in Singapore, Warriors Football Club may not have a cabinet-ful of trophies to show but they’ve plenty to crow about as probably the best performing football club.

December will be a merry-making month to celebrate with their string of unparalleled high-end achievements, from the S-League, Prime League to the FAS Women’s League and even at youth development, which will surely make a lot of heads turn at the FAS Jalan Besar Stadium headquarters.

But, rather ironically, at the FAS Awards evening on November 27, Warriors only walked away with one major award – for the joint women’s top-scorer accolade.

Over the past 12 months, since changing its name to Warriors in an audacious privatised move – the first of its kind for a Singapore professional club – they’ve a lot of trumpets to blow as the top-performers with four title wins, with a hat-trick of successes in the women’s category.

If there’s a word “queenpins”, Warriors are the undisputed No 1 as they won the FAS Women’s Premier League, the FAS Women’s Youth League and the FAS Women’s Challenge Cup. The two top-scorers, too, were in their ranks with Kamaliah Hashim and Mariam El-Masri.

In the S-League, with a new home-grown coach in Razif Onn, who has been doing club grassroots development since 1999, the Warriors finished in fifth position after Albirex Niigata, Tampines Rovers, Home United and Geylang International. 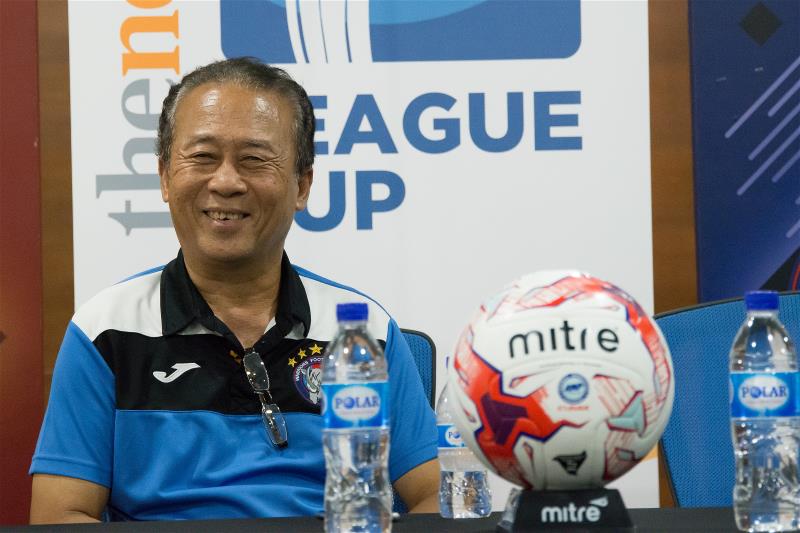 “Nothing comes easy. It’s been a success story filled with the proverbial blood, sweat and tears,” says Warriors general manager Paul Poh. “Since we privatised, the new management, under businessman Philip Lam Tin Sing, have put priority on developing the younger generation of players to succeed at club and country level s as these are the pragmatic forefront goals of our longer-term ambitions.”

“We believe that from the top management to the players, officials and even fans have to be passionate and committed and we advocate a very positive bonding at every level to achieve our objectives with a string of better results. In short: ‘You have to enjoy good football to play good football’.”

In line with grassroots football development, Warriors have significantly fired up the women folks, bringing in female teenagers from 13 to 20 years. And the trumpcard successes came when they achieved an unprecedented ‘Treble’ in sweeping the three FAS Women’s League titles.

General Manager Paul Poh reiterates that it’s not with a “sudden flush” that they’ve showed overwhelming superior women’s power. He says: “We had a women’s team since 2012 but FAS gave little emphasis towards encouraging women’s football. Now it’s growing in popularity and we’ve a team of passionate and dedicated women’s team with technical coaches and players, whose aim is to continue being the No 1 in town.”

Success at Warriors boils down to doing the spadework and going down to the grassroots, especially in the Chua Chu Kang neighbourhood, where the Warriors have their home ground at the 4,600-capacity Chua Chu Kang Stadium along 1, Chua Chu Kang Street 53 (689236).

Mr Poh says: “Warriors’ focus is just not about professional football. It is about the whole community, from grassroots, women, kids, sponsors and community partners. The secret formula is to not segregate everything but to see whatever we do as one big sporting community and to integrate as a heartlander community.

“From next year, we will move towards forming and further expanding the Warriors community and we definitely aim to go beyond football.”

The Warriors, from changing their military-tagged name, have a serious longer-term vision towards the privatisation of the S-League as “this is the only way to move forward”, says Mr Poh, who this week will be embarking on a familiarisation tour to German Bundesliga club Borussia Dortmund with senior club officials. 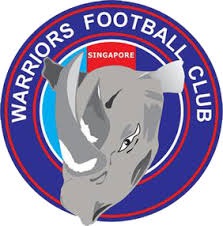 The changing-of-the-name was announced in January to Warriors FC in what now appears to have been the first step of an eventual divorce from the S-League giants’ military roots.

Retired military Brigadier General Lam Shiu Tong stepped down as chairman, surrendering the reins to 2016 co-chairman Philip Lam and with it, the military’s full autonomy of the most successful side in the 22-year history of the S-League.

For the record, it was borne from the Singapore Armed Forces Sports Association (SAFSA), the side previously came under the direct purview of the Ministry of Defence (Mindef). In 2013, SAFFC was renamed Warriors Football Club, in what many believed would be the first of move for Mindef to remove itself from the clutches of being involved in a commercially-run football club which received military-funding from the inception of the S-League in 1996.

But with new sponsors looking for more say in the running of the club, Mindef ceded control, as the outfit embarked on a new phase in their history.

“The new chairman is indeed non-military and the club is letting private sponsors come in to lead,” BG Lam says. “Mindef’s position is that they have supported the club for years and now, with a private sponsor, they will move away from this relationship with the club to let the new sponsors have full autonomy.”

True to tradition, the Warriors boast of a glorious past as it remains the only Singapore side to have participated in the main draw of the continent’s top club competition, the Asian Football Confederation Champions League, in 2009 and 2010.

Retired BG Lam, a former Chief Commando Officer, notes: “I’ve been around for five full seasons and this change is a normal succession because we can’t have a chairman hanging on for too long in the club. I will stay on at Warriors as an adviser, for continuity and to help the transition of leadership.”

The Warriors last won the S-League in 2014 and have suffered an unusual barren run of late. But with new home-grown coach in 62-year-old Razif Onn, and with a stable of former and current Lions, they’ve the potential to wrest the S-League title in the near future. Previous high-profile award-winning coaches include Vincent Subramaniam (1996-1998), Fandi Ahmad (2000-2003) and Richard Bok (2006-2012).

But BG Lam remembers the good times well when he first took over the chairmanship. He recollects: “I have a lot of fond memories. In terms of celebrations, winning the S-League in 2014 was of course a major high. Working with various coaches and players, and seeing the team dynamics were positives on my journey as a chairman.”

He significantly paid tribute to the Warriors Fan Club (WFC), who was named the S-League’s “Fan Club of the Year” for an unprecedented nine of the last 15 seasons.

Mr Poh adds: “We have to revolutionise if we want to significantly change the image of the S-League, which I must admit is at its lowest, especially in terms of crowd attendances and overall fan-support. There must be a lot more incentives, more attractive prize money, so that more private investors can be encouraged to invest, bring in more value-add foreign players to draw back the crowds to the respective stadiums.

“Indeed, the FAS must separate the professional league and football development in order to reach higher goals and to win the overall confidence of the public.”

Warriors, with a rousing rhino as its official mascot, will continue to be the football role-models with their motto providing the biggest inspiration: Goals. Guts. Glory.  – BY SURESH NAIR.