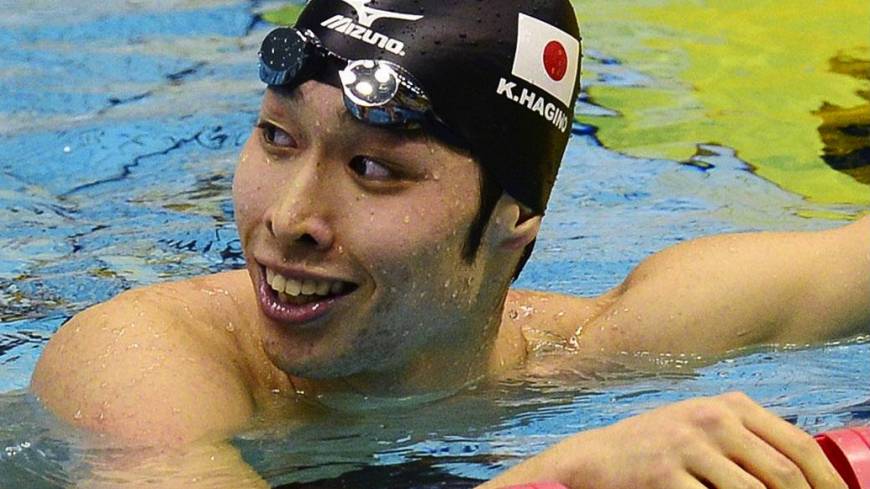 + 29 golds at stake as China pull away in medal race

The 20-year-old Japanese will try to add the 400 metres freestyle title to the 200m he took under the noses of Sun and Park on Sunday, and the 200m medley and 4x200m relay titles he added Monday.

Park, the 2008 Olympic champion over the distance, and Sun, the London Olympics gold winner four years later, will be looking for revenge.

But Sun hurt his thumb in Sunday’s race and Park’s confidence suffered a blow when he trailed in third in the 200m.

“I have three events left and I want to win them all,” Hagino said Monday. Sun’s coach has insisted the playboy sports hero will not “quit” the Incheon Games.

Seven swimming golds and a synchronized swimming title will be decided, with another Japanese Yasuhiro Koseki favourite to win gold in the men’s 200 breaststroke and keep the pressure on swimming powerhouse China.

Japan will also be looking for success in the gymnastics men’s contest with Yuya Kamoto aiming to repeat his gold medal success at the 2010 Youth Olympics.

The top qualifier faces competition from team-mate Masayoshi Yamamoto, while China’s Huang Yuguo and Huang Xi will be desperate to bounce back after slumping to third with a patchy display in the team event.

The women’s final looks set to be a shootout between China’s Yao Jinnan and Shang Chunsong. The Chinese women trounced the rest of the competition in the team event and it would be a huge upset if they fail to claim the top two medals.

China will take on South Korea in the badminton men’s team final, where Chen Long and Lin Dan will be lining up against the host nation.

In cycling, the women’s individual sprint early rounds get under way, with Hong Kong Olympic medallist Sarah Lee Wai-sze looking to bag a second gold after her victory in Sunday’s keirin. The sprint finals take place Thursday. Also on the track will be the final three stages of the men’s omnium event.

China’s 77kg weightlifting Olympic and world champion Lyu Xiaojun will be a hot favourite to take the Asiad men’s title. But Lyu, who holds world records in the snatch and combined, will face competition from Kim Kwang-Song of North Korea, silver medallist in last year’s world championships.

China go into the fourth day of competition with 26 gold medals, already 12 ahead of second-placed South Korea in the table.

And there is plenty more for the Asian powerhouse to pick from with one gold also at stake in bowling and equestrian, two each in fencing, judo, squash, tennis and wushu and four in shooting. – Agence France-Presse