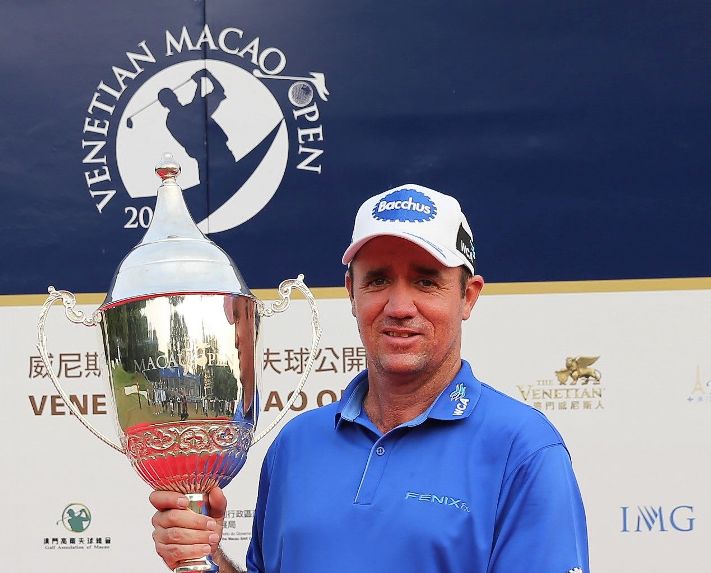 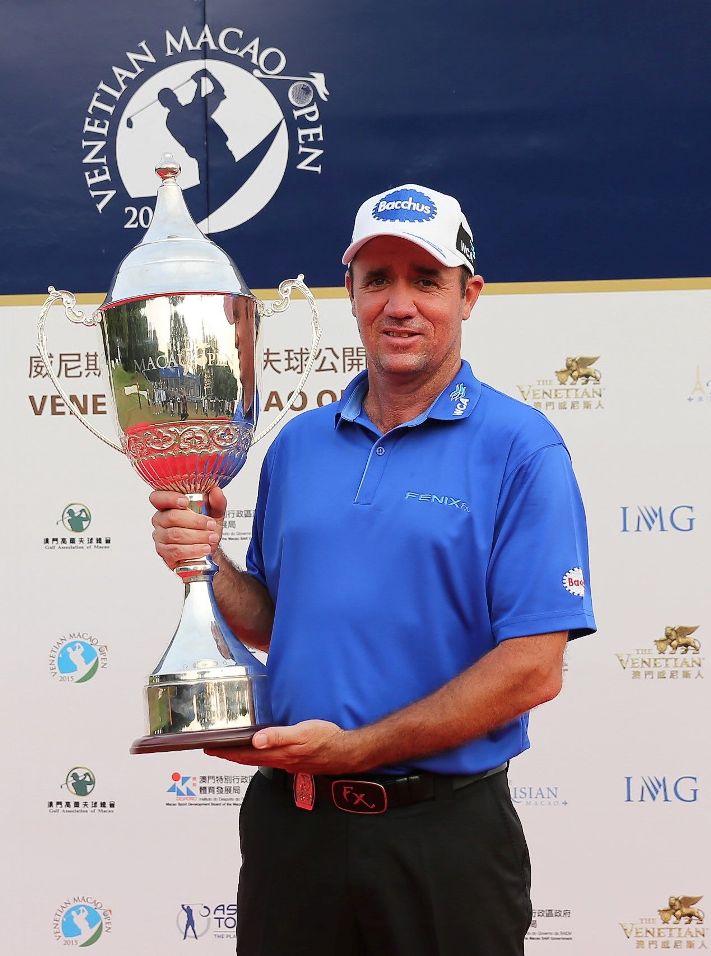 Two-time champion Scott Hend has announced his intention to return to Macao and defend his Venetian Macao Open title at the picturesque Macau Golf & Country Club.

To be staged from October 13 to 16, 2016, the lucrative event will see its total prize fund reach an all-time high of US$1.1 million, a fourth consecutive year-on-year increase.

Inaugurated in 1998, The Venetian Macao became title sponsor of the tournament in 2012 and, since then, has seen it develop into one of the most prestigious professional golf tournaments in the region where it will be the highest purse for a full-field Asian Tour event this year.

Last year, Hend held off the challenge of his great Asian Tour rival Anirban Lahiri as well as Chiragh Kumar to claim a three-stroke win, becoming only the second player after Chinese great Zhang Lian-wei to win the tournament twice (2013 & 2015).

Fresh from a second Asian Tour win of the year following his triumph at the Queen’s Cup in Thailand over the weekend, the married father-of-two also clinched the True Thailand Classic presented by Chang earlier in the season and bagged three other top-10s.

Speaking about his return to the Venetian Macao Open, the 42-year-old Australian commented:

“The Venetian Macao Open is one of my favourite stops on the Asian Tour and a tournament that I always seem to play my best. The field there is always tough and I am stoked to have come away with two victories and one runner-up finish over the last three years.

“The course itself won’t be any different, but I know the players around me will keep getting better, so I too will need to raise my game to make sure I am ready to defend my title. Hopefully I can emulate Zhang Lian-wei and defend a Venetian Macao Open title.”

Pun Weng Kun, President, Sports Bureau of Macao SAR Government, said: “We are delighted with the return of Scott Hend to the Venetian Macao Open. He has had some great battles at the Macau Golf & Country Club over the past few years and provided so much thrill on the course. Not only is he a world-class golfer, Scott is a true ambassador to the sport and an inspiration to youngsters looking to play the sport professionally. We look forward to welcoming him back to our beautiful city.”

Dr. Wilfred Wong, President of Sands China Ltd., said: “It is great news that Scott has agreed to return to Macao to compete in the Venetian Macao Open once again. Macao is continuing to build its reputation as one of the top destinations in the world for both leisure and business travel and a golfer of Scott’s calibre will undoubtedly bring a lot of attention and fans to our city. We look forward to supporting the Venetian Macao Open again, and to utilising our hospitality expertise to showcase the best of Macao to all the players and fans in October.”

Kyi Hla Han, Commissioner, Asian Tour added: “The Venetian Macao Open is one of the most prestigious tournaments on the Asian Tour, and where many of the top international players and the best of Asia come to compete. It is a spectacle that provides fans with a lot of excitement every year, with on-course battles between the golfing greats.

“Scott has been the stand-out success story over the last three years with two wins and one runner-up finish, which is by no means an easy feat given the strength of the field every year. It will be an honour for fans to see him in action again this year. I would also like to express our fullest appreciation to The Venetian Macao and the Sports Bureau of Macao SAR Government for their vision to grow the game through the staging of the Venetian  Macao Open.”

Grant Slack, Senior Vice President, IMG Golf, Head of Golf Events, commented: “Over the course of its 18-year history, the tournament has hosted some of the best golfers the world has ever seen and the Venetian Macao Open 2016 looks set to continue the tradition with Scott Hend confirming to participate. With the support of MSB, The Venetian Macao, Golf Association of Macau, Macau Golf & Country Club, as well as all other partners and sponsors, we can look forward to another exciting event for both the competitors and fans alike.”