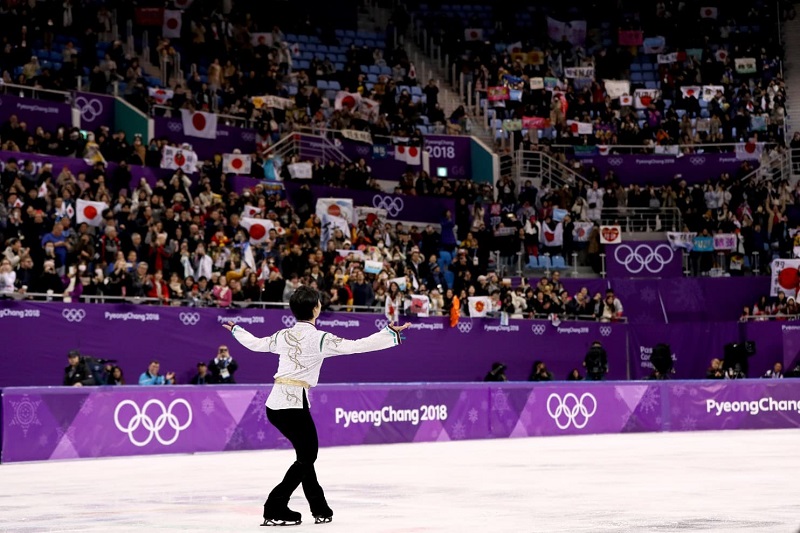 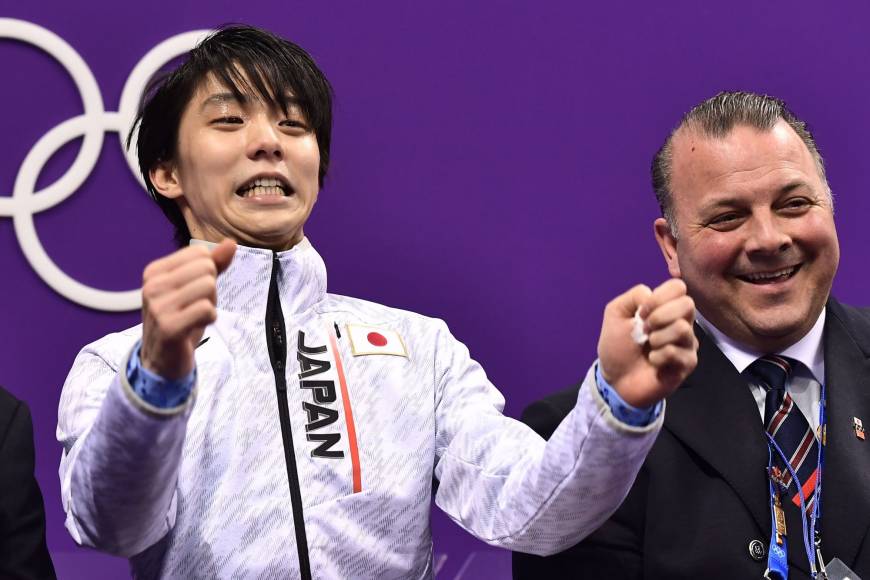 Hanyu, back from injury, lost his balance twice in his free skate but a total score of 317.85 gave the peerless Japanese gold with room to spare over compatriot Shoma Uno and Spain’s Javier Fernandez.

America’s Nathan Chen had earlier become the first skater to land six quads in competition but despite his Olympic free-skate record of 215.08, it was only enough for fifth.

Hanyu, greeted by a shower of Winnie the Pooh stuffed toys, his mascot, air-kissed Uno and theatrically leapt onto the podium at the award ceremony.

The 23-year-old becomes the first man since America’s Dick Button in 1952 to take the title twice in a row — and into the bargain, wins the landmark 1,000th gold medal in Winter Olympics history.

“I’m not fully healed, I really pushed it hard and there were some jumps and elements that I could not perform, but I forced myself to do so,” said Hanyu, who damaged ankle ligaments in November.

“My injuries were more severe than I thought, but I’ve been fortunate to make it to the Olympics, and that I’m able to smile now explains what I’m feeling.”

While Hanyu was favourite for gold, Ledecka produced one of the great Winter Games shocks when she won the super-G, with American star Lindsey Vonn sixth.

Not only did Ledecka deprive Veith of what looked like a rare double, she pushed Vonn further down the leaderboard as the American paid the price for an error at the bottom of the course.

“All the other girls didn’t risk a lot. There must be a lot of pressure on them. I was just trying to do my best run,” said Ledecka, who appeared stunned by her achievement.

“I am so surprised about all of it. I’m really trying to win and do a good run every time, but I didn’t really realise that this really can happen.”

“I feel like in the Olympics a lot of things can happen, it’s not that she didn’t deserve it, but there’s a lot of pressure on the favourites,” Vonn said.

Also on Saturday, Marit Bjoergen equalled her compatriot Ole Einar Bjoerndalen as the most decorated athlete in Winter Games history as she anchored Norway to victory in the 4x5km cross country relay, claiming her 13th medal.