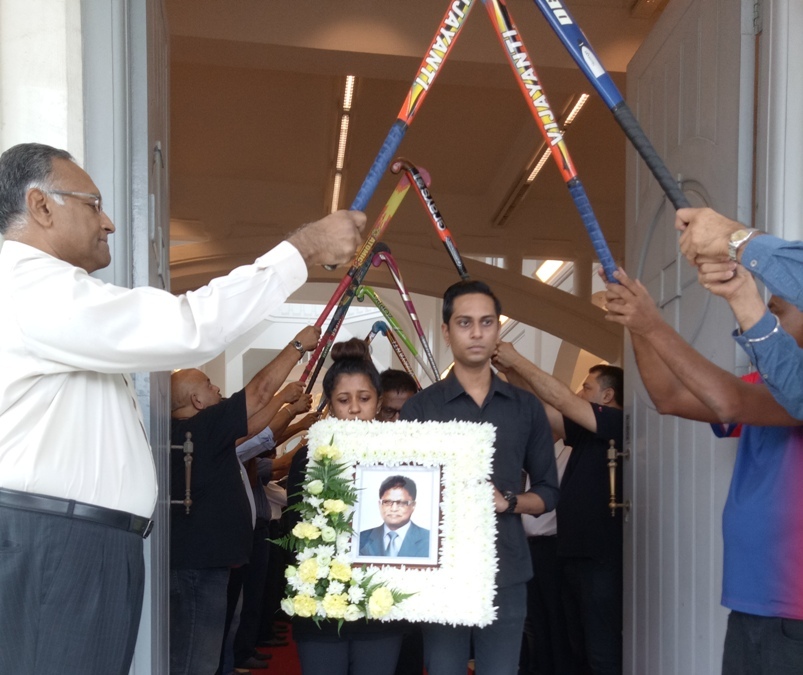 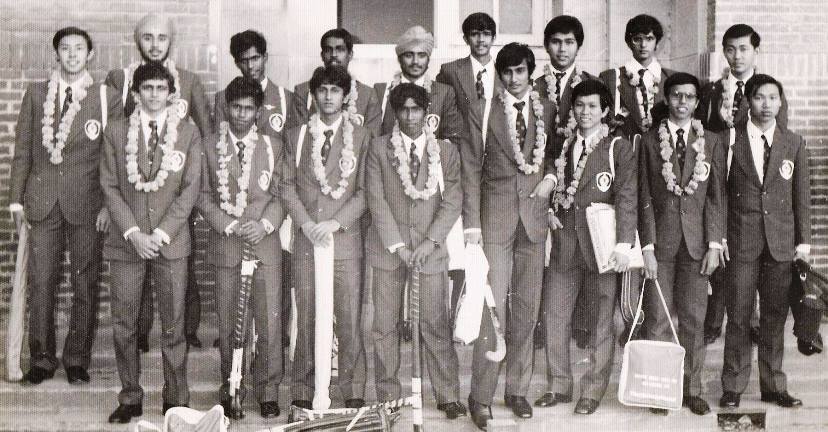 SOME say he was born with a hockey stick in his mouth. But surely on his final day, he was given an extraordinary sticks-salute in recognition of his contributions to Singapore hockey.

The late former Singapore striker Andre Selva Kumar came from a famous hockey family of the Thanigasalams, with four brothers and many cousins of international playing standard, lining them close on par with the iconic Quah family for football.

Selva, as I knew him, was just fanatical over hockey, like his twin-brother Ashok. And much as the stick-and-ball sport never had the same national-level fan-based support, the 58-year-old twins may well hit the sporting history books as a rare family pair to excel on the national platform.

The hockey-starring couple has been hailed by family members like the proverbial peas in a pod, literally from the cradle. Almost inseparable and even at the edge of the crematorium on Wednesday, Ashok, a few hours older than Selva, poignantly cried his heart out at losing his beloved brother.

Selva tragically died after suffering a sudden massive heart attack on Sunday evening and having his last breath at Changi Hospital. He was 58, born in October 1958.

Losing a twin brother was personally traumatic for Ashok as they shared umpteen memories as the youngest (and only) pair in the Thanigasalam family of eight from a modest two-room HDB flat in Kempas Road, off Balestier Road.

The twins relished their respective roles as well-known hockey twin-strikers, from Willow Avenue School and Hwi Yoh Secondary School, following the foot-steps of their iconic elder role-model brother, Nantha, arguably one of the best regional strikers in the 1970s and 80s. 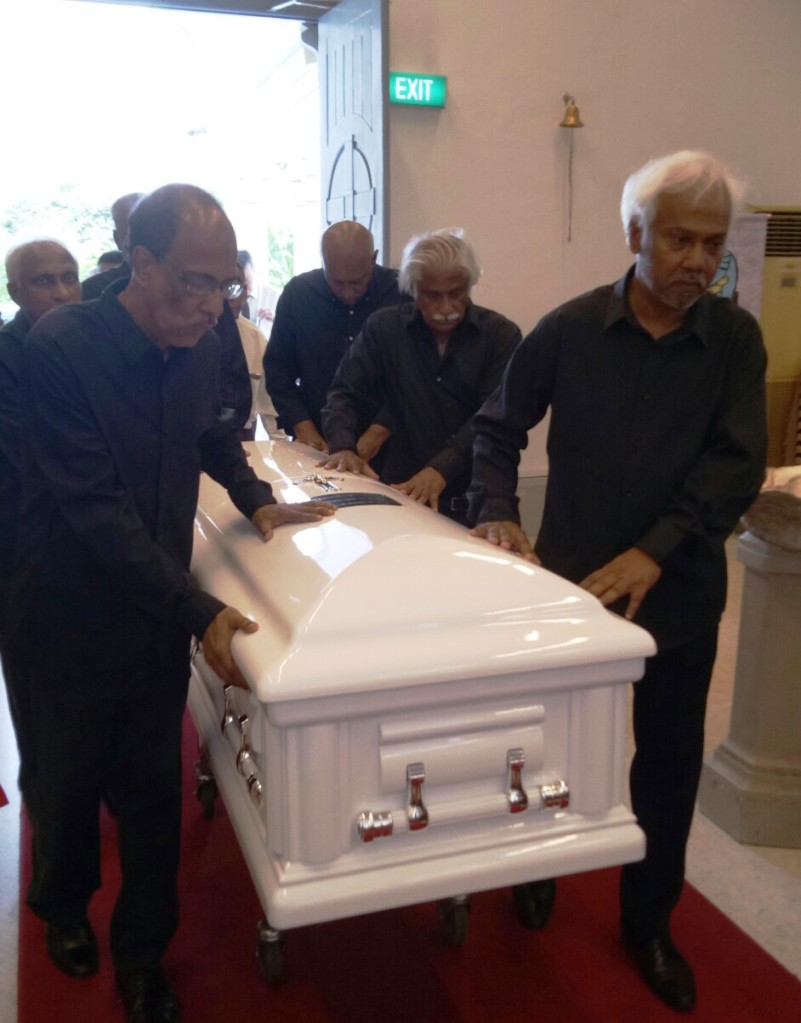 “We were indivisible, connected in almost every way, molded our lives in umpteen unified ways and deep-seatedly, sharing anything from head to toe,” said Ashok in a final eulogy at the Mandai Crematorium. “We were so cordial and confidential in our brotherly relationship, in good and bad times, and I found this devotion rather extraordinary. A big part of me is now gone as I lost a buddy brother.”

The Kumar clones showered themselves in sporting glory, too, on the global hockey platform, representing Singapore, for the first time, at the 1979 Junior World Cup Finals in Paris, France, where they jointly played as strikers.

I got to know the Kumar pair when we played together in the 1974 two-week playing tour to India for Singapore Schools. They were simply happy-go-lucky. A jovial, joker “mama” companion, full of Kumar-styled pranks and they were in personal mate-like competition in almost everything and anything they did, literally from head to toe, from the bed to the bar!

Selva, in the early1980s, found a challenging flying career with Singapore Airlines, when the No 1 airline nurtured a very strong hockey and football team. Once in the air, contemporaries say he thrived on the overwhelming interactions inside the flight-cabin.

Somehow he always felt he had super powers after a few hours in the air. And he had a never-ending string of flying tales to share with family and friends.

I recollect his anecdotes from meeting so many cool colourful people. Business guys going back and forth across the continents, MMA fighters going to fights, Presidential candidates, celebrities, musicians, rappers, models, military, moms, brothers, widows who have just lost their husbands, wives who left their cheating husbands, inspirational speakers. No end, lah, to the singular joys of flight stewardship!

“Yes, he really enjoyed his work and had an amicable personality to instantly click with anyone,” said SIA flight steward-colleague and hockey-mate Uttam Singh. “He had people cry on his shoulder, held hands of those who were fearful, laugh and tell the raunchiest jokes. Great guy to be with, at work or at play.”

The stick-and-ball sport did a world of good for Selva as it kept him physically in top fitness shape. I’ve a special feel that he drew his last breath, knowing he gave his best shot in his own way although his closest families and friends would’ve wished he had a couple more years to cherish life…and say ‘cheers’ a little longer.

“His branding came from a special extended family of hockey stalwarts, who inspired him to greater heights, on and off the field. He had plenty of role-models to look upon to and that gave him the edge,” said decorated fullback Arul Subramaniam.

Former national coach Mohammed Ali, who played with Selva at the 1979 Junior World Cup Finals in France, said: “He always had the pressure of rising to the big occasion, coming from a reputed hockey family. ‘Kumar brothers must always score’ became a continuing refrain for Selva and it did lift him to give his best shot in sports.”

Selva’s role-model elder brother, Nantha Kumar, who migrated to Melbourne in the 1980s, and twin-brother Ashok Kumar, gave the most endearing tear-jerking tributes at the Mandai Crematorium before Selva was laid to rest.

The befitting finale, which drew an unexpected round of applause, was in playing the Thanigasalam family’s favourite football jingle of Liverpool Football Club fame: You Never Walk Alone (YNWA).

It’s probably one of the most iconic anthems in football and a terrific way to send off Selva as YNWA could mean something more than all that. That Liverpool motto has to mean something beyond blindly supporting a club. It is not an advertising slogan, but an ethos to inspire anyone.

To the Thanigasalam family, it is an ideology that expresses inclusiveness in four short words. It is absolutely political, some may say. It goes against the status quo to stand up for the beaten down, to throw your support behind those whose voices are regularly silenced, to ensure that no one walks alone.

Farewell Selva, with a dignified final farewell, from family and friends, and with hockey sticks rightly raised in the air, in a heroic final salute, you can be rest assured that you’ll never ever walk alone.

You will be remembered for your spirited sportsmanship and as a special hockey hero and human.

May your good soul rest in peace.