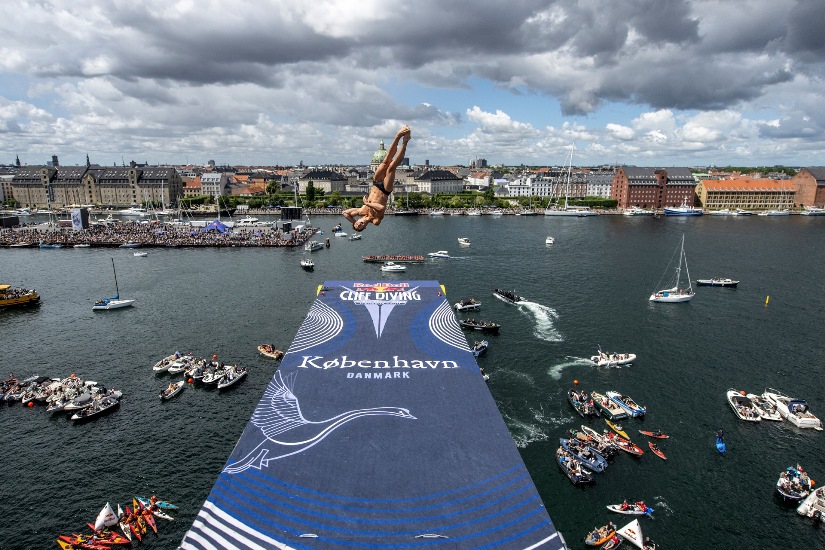 Having seen her record-breaking run of 13 straight victories ended by Molly Carlson at the season opener in Boston, Iffland was determined to secure a second straight win as the women’s event made its debut in the Danish capital.

The Australian duly delivered as she finished 37 points ahead of compatriot Xantheia Pennisi, who upgraded her career-best result following a pair of third-place finishes in Downpatrick Head and Polignano a Mare last season. Canada’s Jessica Macaulay was able to finally rediscover her best form to secure a first top three of the season, having last year finished the series as runner-up. Victory for Iffland also ensured that she takes the overall series lead ahead of Carlson, who could only manage fourth place.

In the men’s competition, it went right down to the wire as Popovici delivered a huge final dive to secure a first World Series victory in almost three years. This was after a below par third round effort had once again threatened to scupper his chances.

Fellow Romanian Catalin Preda continued his impressive start to the season with second place in Denmark, meaning the overall World Series leader has now occupied every position on the podium at the first three stops. Independent athlete Nikita Fedotov completed the men’s podium to celebrate his first top three finish as a permanent diver.

In perhaps the most surprising result of the day, reigning champion Gary Hunt from France posted his worst result in four seasons, a repeat of his eighth-place finish in Texas back in 2018. It was a disappointing end to the day for the nine-time champion having led after three rounds.

From Copenhagen, the cliff diving elite will now travel to its northern most location of 2022 and celebrate a World Series debut in Oslo, Norway, on August 13.