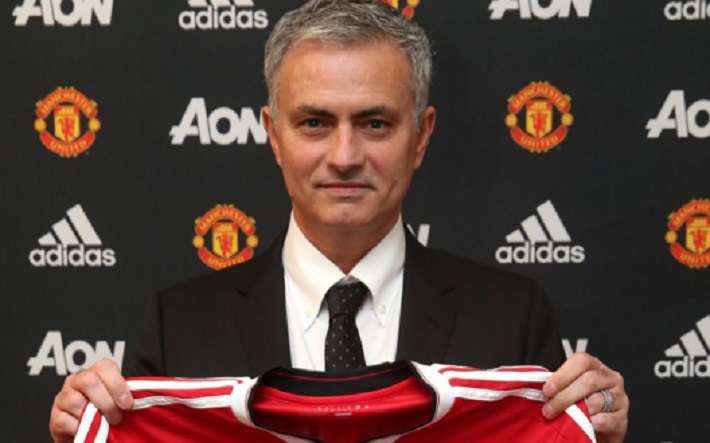 Zlatan Ibrahimovic said on Thursday that he is joining Manchester United, ending intense speculation about where the 34-year-old Swedish superstar forward will be playing next season.

Ibrahimovic, who was a free agent after ending a hugely successful stay at Paris Saint-Germain, becomes the second signing of new United boss Jose Mourinho after that of highly rated Ivory Coast centre-back Eric Bailly from the Spanish outfit Villarreal.

“Time to let the world know. My next destination is Manchester United,” he wrote on Instagram and Facebook, complete with a picture of the United badge, as comments approving of the move — one of the biggest of the summer transfer window so far — flooded in.

Ibrahimovic reunites with Mourinho, after they enjoyed a good relationship while together at Italians Inter Milan, in what is likely to be the last major move in a career spanning five countries and reaping 11 league titles.

The towering Swede, who hit 62 goals in 116 international matches, had toyed with questioners for weeks about where he would be going and it will be his first time playing in the Premier League, which is awash with cash from a bonanza television deal.

Ibrahimovic, who quit international football after Sweden crashed out of Euro 2016, has also played at Ajax, Juventus, Barcelona and AC Milan during a career in which he has become as well known for his colourful personality as his prowess in front of goal.

He had also been linked with a return to AC Milan and his agent had suggested that Major League Soccer in the United States was another potential destination, but United had been firm favourites all along.

Ibrahimovic will bolster a forward line at Old Trafford that looked desperately short of ideas, depth and talent last season under the now-departed Louis van Gaal.

Wayne Rooney could well play deeper next season, in midfield, while French starlet Anthony Martial had to carry the United attack despite his tender years until youngster Marcus Rashford burst onto the scene late on in the campaign.

Van Gaal paid out heavily for his fellow Dutchman Memphis Depay, but he failed to deliver and spent the second half of the season on the bench.

Ibrahimovic said weeks ago that he knew where he would be playing next season, but kept the football world guessing — typical of his mercurial personality, as was his dramatic announcement in just 12 words.

“Yes, I have made my choice,” Ibrahimovic tantalisingly told a press conference at a training camp near Stockholm for the Swedish team ahead of Euro 2016, where he endured a frustrating time.

He said then that he had decided “long ago” but dodged all questions about whether that team was Manchester United, where Mourinho has replaced van Gaal after the Dutchman’s troubled two-year reign at Old Trafford came to a bitter end.

Asked a direct question about whether he had received an offer from United, Ibrahimovic’s hesitancy in answering spoke volumes.

He drummed his fingers on the table, smiled and eventually replied: “Let’s see what happens.”

“There are concrete offers from England, Italy… all countries. There are even some from outside Europe,” he said.

“There are many, many alternatives.”

But when asked whether he was tempted to work again with Mourinho, Ibrahimovic said only that they had worked well together at Inter Milan, where the Swede played from 2006 to 2009.

“You want action, you bring Mourinho. I believe he’s the man to bring them back to the top. Wherever he went he won,” the Swede said of Mourinho taking over at United, where he will be tasked with bringing back the glory days and swagger sorely missing under van Gaal.

There was no immediate word from United on Ibrahimovic. – Agence France-Presse