Home 2022 Impressive Hie on cusp of wire to wire win 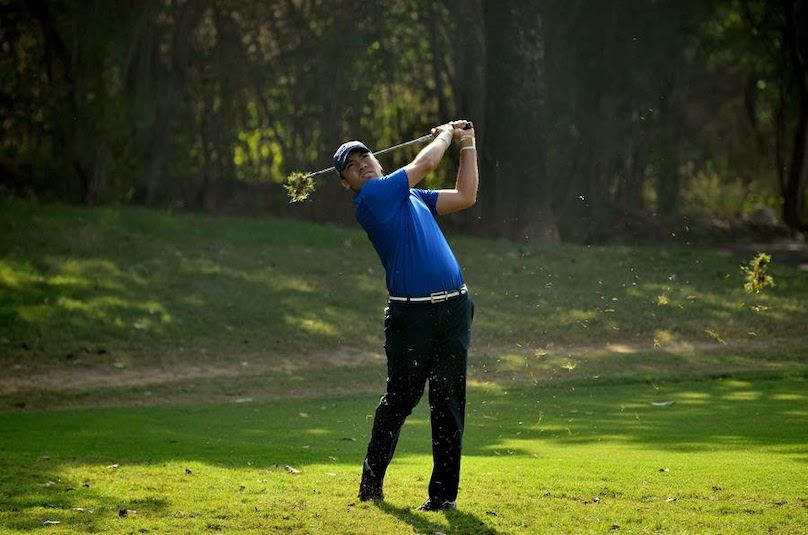 Rory Hie is on course for an encore at the Classic Golf & Country Club as he kept the lead for the third day running after posting a six-under-par 66 at the Gurugram Challenge.

The 33-year-old Indonesian ace – who became the first player from his country to win on the Asian Tour when he claimed the Classic Golf & Country Club International Championship at the same venue in 2019 – maintained his one-shot overnight lead and moved to 18 under for the tournament.

American Dodge Kemmer’s 66 saw him stay in second place, in an event jointly-sanctioned by the Asian Development Tour (ADT) and the Professional Golf Tour of India.

India’s Abhijit Singh Chadha, also in with 66, is tied third, one shot further back along with Thailand’s Chanat Sakulpolaphaisan (67).

Hie is in search of his first ADT title and his cause was helped by two chip ins today including one on the first, and later the seventh. He also eagled the par-five 18th where he hit a great four-iron second shot to set up a three-foot eagle conversion.

He said: “It was windy at the start and then calm on the back nine, so I took advantage of the relatively easier conditions there.

“The seventh was a crazy hole. I had no swing with my second shot but managed to hit it over the green. I then chipped-in from there which was really a bonus.

“I had to dig deep today after I made bogey on the 16th. I made a tough eight footer for par on the 17th before the eagle on the last hole that gave me good momentum heading into the final day.

“I’m just looking to enjoy myself in the final round at one of my favourite venues. This week is good preparation for me for the Asian Tour events coming up soon.”

Kemmer go off to a flying start as he putted his way to an eagle and three birdies on the first six holes with some long conversions.

Said the American: “I couldn’t get enough practice before the round this morning as I had trouble finding transport to the golf course. So, I was delighted with my start as it could’ve been a lot worse.

“I was in the trees a lot more than the last two days but was able to find some gaps and get it into play and save par on a few occasions. The aim in round four would be to hit more fairways than I did today and putt well.”