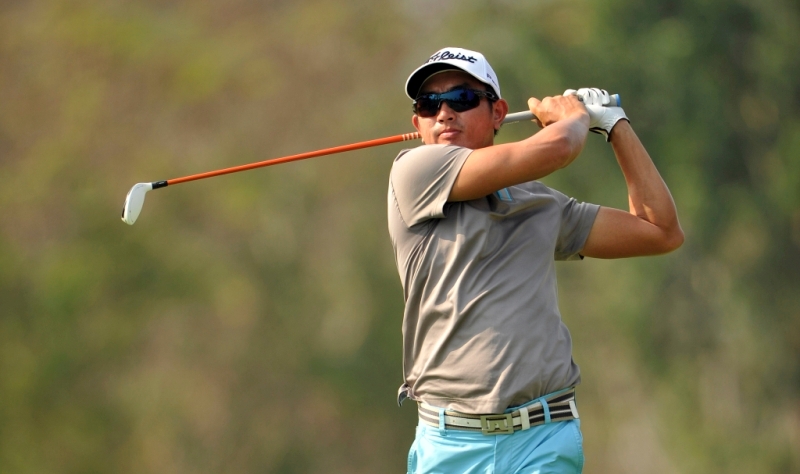 Thailand’s Sattaya Supupramai will be aiming to extend his rich vein of form at the PGM Port Dickson Championship which starts on Wednesday.

The encouraging result will give Sattaya added motivation to shoot for glory in the RM200,000 (approximately US$60,000) ADT event staged at the Port Dickson Golf and Country Club.

“I’m happy with how I finished last week and I’m looking forward to this week,” said the 30-year-old Sattaya. “I believe in my game and I know it is getting there. I used to be a very impatient golfer but now I’ve grown up and I’m more patient with my game.”

Sattaya showed no fear when playing against the Asian Tour’s stars last week as he battled into contention only to fall short when he produced a final round 73.

“I’ve won twice on the ADT and I’ve gained a lot of confidence from there. Playing on the Asian Tour is slightly different because there are so many good players out there but I told myself to just continue to do what I’ve been doing,” said Sattaya.

Pavit Tangkamolprasert of Thailand, who is second on the ADT Order of Merit, 2012 ADT number one Jay Bayron of the Philippines, ADT champions American Brett Munson and Niall Turner of Ireland will also feature in the event.

Pavit will draw inspiration from the recent victories of countrymen Prom Meesawat and Chapchai Nirat as he aims for back-to-back ADT wins.

“Prom is not only my mentor but also a very good friend of mine. It’s very encouraging to see him and Chapchai winning on the Asian Tour. It motivates me to work harder and to keep doing well,” said the 25-year-old Pavit.

Pavit will have to dig deep into his reserves when he aims for back-to-back ADT wins as the PGM Port Dickson Championship will be his 10th consecutive event.

“Honestly, I’m a bit tired. This is my 10th consecutive week playing in tournaments, including one on my local Tour back home last week. I’ve been trying to keep up with my fitness because that is what Thongchai (Jaidee) will always tell us to do,” added Pavit.

Talented Malaysian Arie Irawan will continue his chase for a maiden victory this week as he aims to break into the top-five on the Merit rankings. He is currently ranked sixth on the Order of Merit.