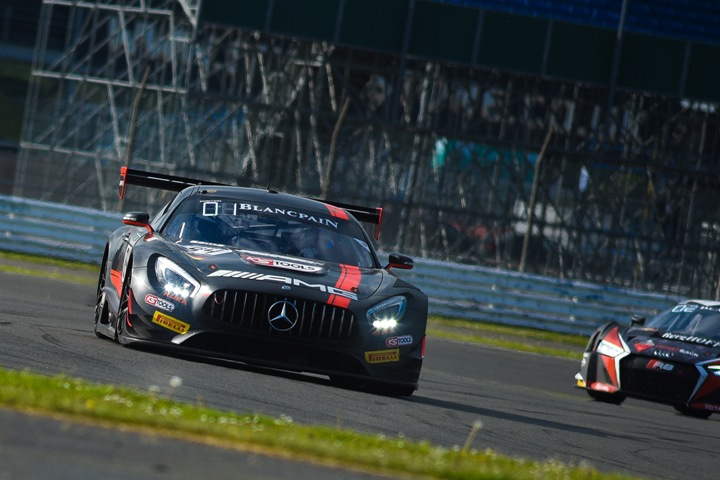 Jazeman Jaafar was back out on track this weekend, contesting the Blancpain Sprint Series round in Nurburgring, Germany. Partnering with Clemens Schmid in the HTP Motorsport #85 AMG Mercedes GT3, the duo endured a tough weekend, with a 15th place finish in the qualifying race and 23rd place finish in the main race.
The practice sessions were used by the team to prepare for the qualifying and race sessions with Jazeman and Clemens developing the car set up with the engineers.  It was a disappointing qualifying for the pair, with neither managing to secure a top twenty slot to go through to the top 20 shoot out session, with their best lap putting them 27th on the grid for the qualifying race.
Clemens took the start for this race and worked his way forward four spots by the time he handed the car to Jazeman. The young Malaysian put his all in to moving further up the grid and by the chequered flag had improved to fifteenth place.
Jazeman was behind the wheel for the start of the main race and was keen to put the power down and was already up to 10th by the end of the first lap, but before he had a chance to show his race skills, he was shunted from behind, losing him position and affecting the balance of the car.  Jazeman persevered, regaining a few places and handing over the car from 20th place for Clemens to take the #85 car to the chequered flag. Clemens raced hard, with the AMG Mercedes GT3 finally crossing the line 23rd.
Jazeman reviewed his weekend saying, “We just didn’t get the car where we need to be this weekend, although it seemed that most of the AMG Mercedes GT3s struggled with grip issues and getting the best out of the car at this track. There will always be a track which doesn’t suit the car as well as others and I think we found it this weekend. There’s nothing to gain from reflecting on the disappointment, we’ll look ahead and prepare for the big one – next up for me is the Spa 24 Hours and I can’t wait.”
Jazeman will now have a two-week break from racing, returning the track later in July.