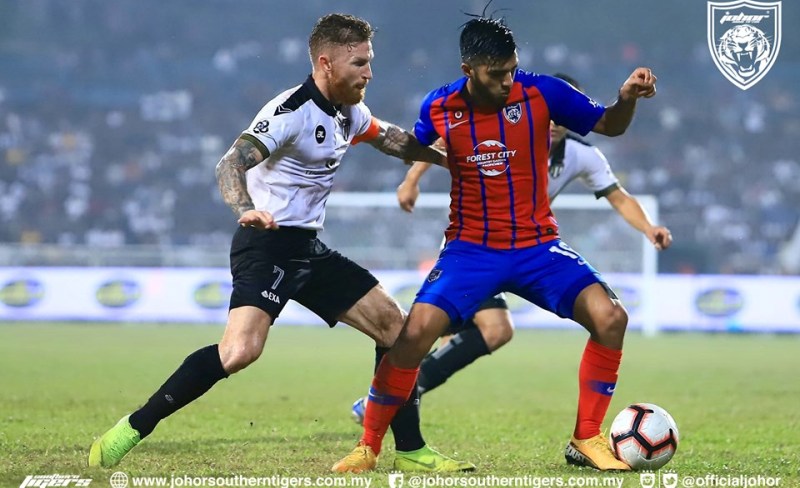 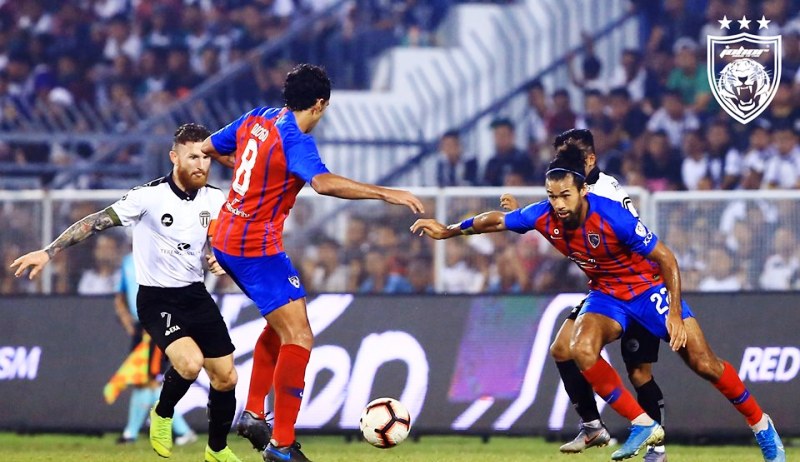 It was not the best from both teams but Johor Darul Takzim (JDT) take a 1-0 win and an away goal cushion after the first-leg Malaysia Cup quarter-final match at the Sultan Ismail Nasiruddin Shah Stadium in Kuala Terengganu on Saturday.
Brazilian Diogo Luis Santo scored a gem of a goal on 22 minutes for the winner in a match that tended to get out of hand at times with both sides pulling no punches. In this respect, the match referee has to be blamed by some very questionable decisions.
Diogo, signed from Buriram this season, showed his class with the winner that could pave JDT’s path to the last four when the return-leg is played at Johor Bahru’s Larkin Stadium on Sept 28.
Mauricio Nascimento started the move with a long ball on the right which was headed on by national striker Safawi Rasid. Diogo took the ball with his right leg and hammered an unstoppable left-footer that beat Terengganu keeper Wan Azraie Wan Teh all the way.
JDT came close to increasing their lead several times but poor finishing by Safawi and company denied the visitors. Wan Azraie was played an inspiring role to keep the score down.
At the other end, it was a frustrating night for Terengganu with skipper Lee Tuck, Ivorian hitman Kipre Tchetche and Uzbek playmaker Sanjar Shaakhmedov not given much room to make their forays upfront.
Sill, Terengganu cannot be written off at the Larkin Stadium and JDT will have to raise their game to beat the Turtles again. – BY RIZAL ABDULLAH