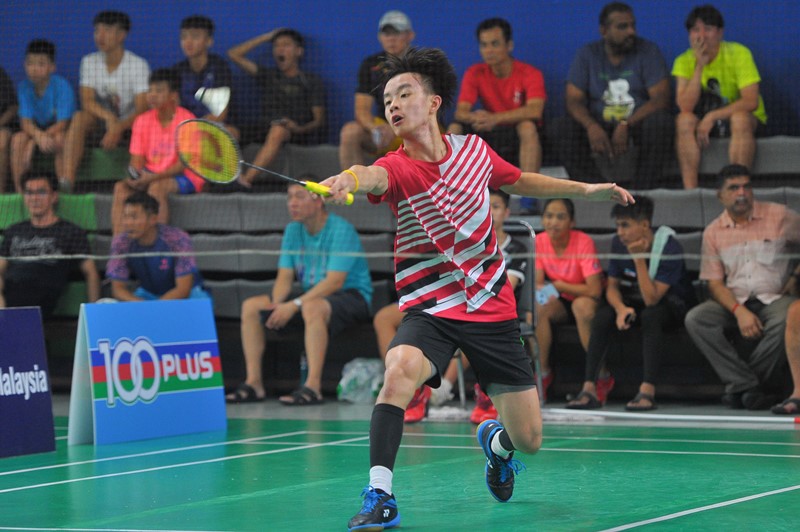 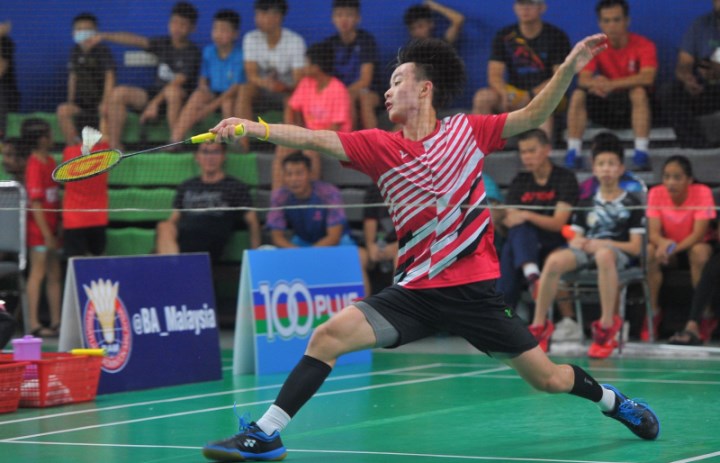 The first round, Division 1 of the 100PLUS National Junior Circuit 2020 picked up the pace today as 16 players from across the court confirmed their slots in the quarterfinals of the Under-12, U14 and also U16 categories.

And hosts Selangor certainly did not disappoint as Kok Jia Zheng in the U16 boys’ singles led four other compatriots to the quarterfinals of the championship tomorrow.

Top seed Jia Zheng was stretched the distance before he was able to defeat Penang’s Darrel Chew Sen Xian in a three-set battle thriller, 21-17, 12-21, 21-16.

“Despite not having a good warm-up session, I managed to win the first set. But in the second set, I felt a bit tired and where I defended as well as I could.

“In the final set, my game didn’t falter and I managed to win. It’s not impossible for me to set a goal for a place in the final and win it,” said Jia Zheng.

In the quarterfinals tomorrow, Jia Zheng will be up against Wee Yee Hern of Johor who beat Muhd ​​Haziq Mohd Najib in straight sets 21-5, 21-15.

Following in the footsteps of Jia Zheng, teammate Denish Iskanda Mohd Fairus defeated Chua Gun Yang of Sabah 14-21, 21-19, 21-9 and where he will face 3 / 4 seed Daniel Edry Elvestly of Sabah in the quarterfinals.

“In spite of the win, I did not play well at the start where I made a lot of mistakes and gave my opponents the chance to pick up points. But my game was more confident in the second set, where I didn’t give her much opportunity for a comeback.

“It is certainly not easy to take the lead for Sabah as the main girls’ singles player but after the inspiring performance from Arena Samin previously, I will try to do as well as I can to fill those shoes,” said Shuen Tong.

Standing in Shuen Tong’s way of a place in the quarterfinals tomorrow would be  Kedah’s Sahanna Applanaidu.

“My opponent gave me a hard fight in the first set, but after winning it, I took more control of the second set. A place in the final is my own personal goal as I don’t want to take my opponent lightly, “Yee Huey said.

Selangor’s Sik Xiao Hui – who was seeded 3 / 4 – booked her place in the quarterfinals following her win over teammate Joinins Clay Shervina straight sets 21-18, 21-15 and where she will face another teammate, Selina Lor Hor Yan tomorrow.

In Kuantan for Division 2, the semifinals slots were all confirmed tomorrow following some fierce competition in the quarterfinals today.

In the U16 boys’ singles, Ting Wen Xuan of Kuala Lumpur had little difficulty in disposing Ong Zheng Hao of Perak in straight sets 21-16, 21-9 and where he will face third seed Sie Zi Lok of Negeri Sembilan following his win over Ng Jhi Hao of Perak,  21-16, 21-17.

Top seed in the U16 girls singles, Amanda Yap Hwa Leng from Kuala Lumpur was forced into a three-set battle before she was able to overcome Negeri Sembilan’s  Pon Jia Yen 21-16, 17-21, 21-14.

In Putrajaya for Division 3, second seed in the U16 boys’ singles Adam Danish Azhar was shown the exit by unseeded Kelantan lad Kang Wai Shern who won the tie 21-11, 21-16.

Wai Shern’s team-mate and the top seed Goo Vie Keat also picked up on that victory to beat Lee Wen Chiang to advance to the quarterfinals.

There was also a surprise in the U16 girls’ singles when second seeded Nur Fatin Ezzaty Kamal Razaman failed to advance further following her 21-10, 21-15 loss to Lee Zi Suen of Sarawak in the quarterfinals.

Top seed Audrey Vanessa Chee advanced to the semi-finals where she did not have a hard time to beat Ang Kai Lynn 21-8, 21-3.