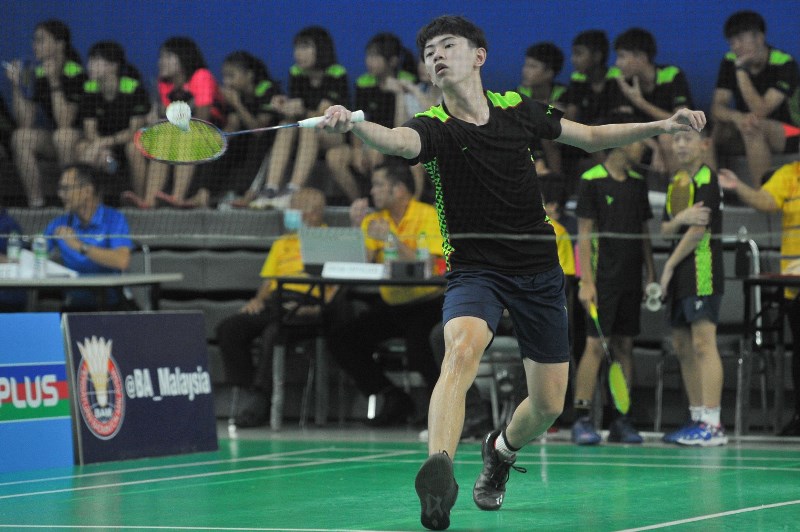 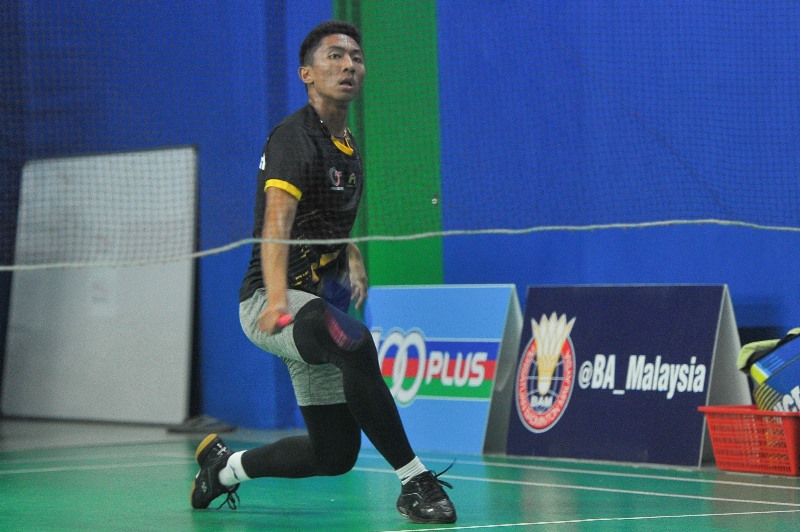 Johor showed their prowess to dominate both the Under-16 boys’ and girls’ division as three of their shuttlers make the semifinals of the Division 1 of the 100PLUS National Junior Circuit 2020 this afternoon.

Losing 15-21 in the first set, Yee Hern did not lose focus as he traded blows for blows with Jia Cheng to win 21-8, 21-11 to seal his slot in the semi-finals tomorrow.

“I failed to focus well in the first set and lost but in the next two sets, I stepped up the pace to control the game and book my place in the final,” said Yee Hern.

Ariffin will face third seed Daniel Edry Elvestly of Sabah in the next round following the latter’s 21-16, 21-16 victory over Denish Iskanda Mohd Fairus of Selangor.

In the U16 girls’ singles, Ler Yee Huey of Johor made the semifinals after her 21-18, 21-18 victory over Kedah’s Sanyukta Sithambaram.

Sabah’s Goh Shuen Tong also booker her place in the semifinals after defeating Sahanna Aplanaidu of Kedah in straight set 21-17, 21-12.

“We made a lot of mistakes but we managed to regain control of the game to advance to the semifinals. We have reached this far, so of course we want to make sure of the title,” said Jen Son.

The two remaining slots in the semifinals were filled by Lee Chen Xi-Ong Jian Ji of Penang who won 19-21, 21-9, 21-14 over Mohd Najib Muhd ​​Haziq-Joshua Ng Jin Hui of Selangor.

Meanwhile in Division 2 in Kuantan, the favourites suffered no hiccups as they confirmed their places in the final tomorrow.

In the U16 girls’ singles, the final will be between Amanda Yap Hwa Leng and Negeri Sembilan’s Chew Tze Teng after they each overcame their oponents in the semi-finals.

In the B16 girls’ doubles, the final will see top seed Tai Jo Yi-Amanda Yap Hwa Leng (Kuala Lumpur) taking on the pair from Perak as well as second seed Aneesa Soofiyah Roslan-Gobi Vannee for the title.

In Division 3 in Putrajaya, U16 boys’ singles Goo Vie Keat justified his top seeding to make the final after beating Goh Shun Huat 21-18, 21-11 and where he will face Segaran Pugalventhan next.

In the U16 girls’ singles, it will be an all-Sarawakian affair in the final with top seed Audrey Vanessa Chee playing Lee Zi Suen for the title.