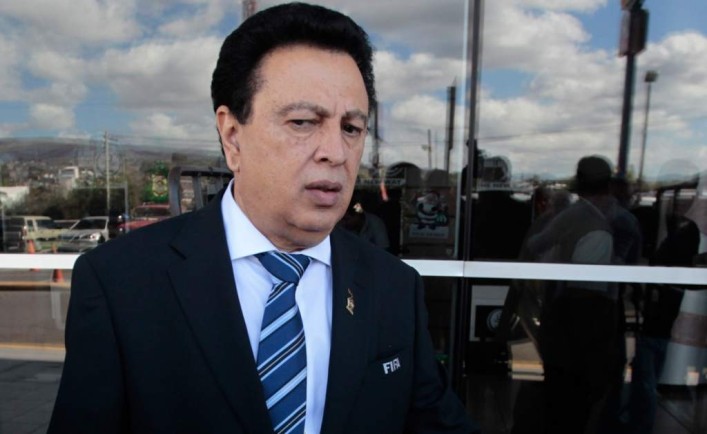 A New York judge agreed Thursday to release a former FIFA vice president to house arrest in exchange for a $290,000 bond but ordered he remain in prison until a cash deposit is made.

A former president of the Confederation of North, Central American and Caribbean Association Football (CONCACAF), he has been suspended by FIFA from all soccer activities.

Magistrate Judge Robert Levy accepted a proposal from Hawit’s lawyer for a bond made up of $50,000 cash and $240,000 secured in family property that would see him released on bail and subject to electronic monitoring.

US prosecutors last week described Hawit as a significant flight risk and demanded bail be posted at $4 million — guaranteed by either $500,000 in cash or US property.

Hawit, who sat in court Thursday, suffers from pancreatitis, diabetes and serious digestive problems, his lawyer has said.

He was arrested in Zurich on December 3. He has since surrendered his passport and will be transferred to his daughter’s home in Florida.

Prosecutors in New York accuse him of accepting millions of dollars in bribes in connection with the sale to various sports marketing firms of marketing rights to football tournaments in Latin America.

He is one of 39 officials and marketing executives accused of soliciting and receiving tens of millions of dollars in bribes and kickbacks in a case that has sparked unprecedented crisis at FIFA.

The US corruption investigation precipitated the downfall of longtime FIFA president Sepp Blatter and his former heir apparent, Michel Platini, both suspended by FIFA judges for eight years over ethics violations. – Agence France-Presse