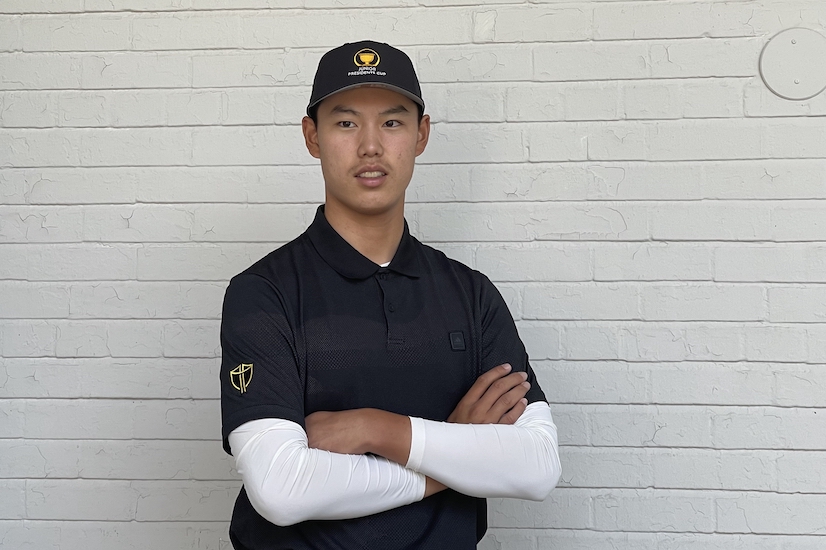 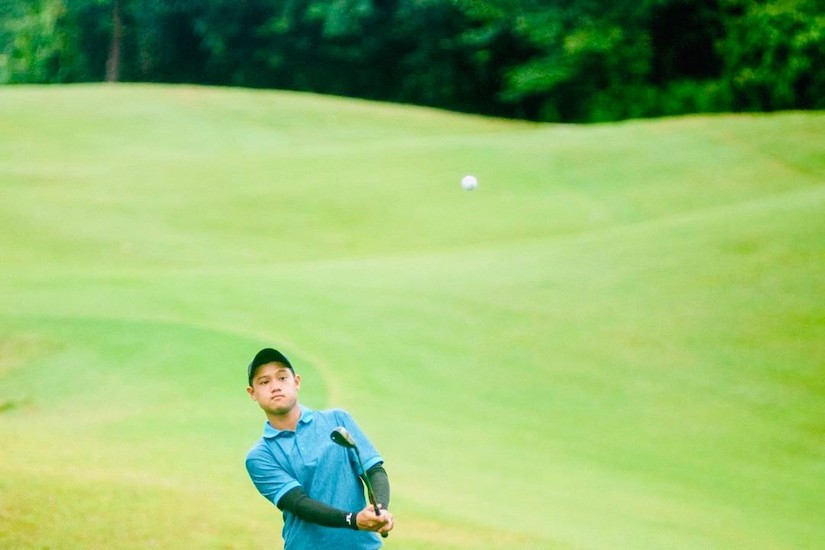 China’s prospect Wenyi Ding, who won the prestigious U.S. Junior Amateur in July, will spearhead the International Team in the Junior Presidents Cup comprising of first-timers from Malaysia, Colombia and Trinidad & Tobago next week.

The 17-year-old Ding made history by becoming the first junior golfer from China to win a United States Golf Association championship following his 3 & 2 win over Caleb Surratt.

He is the second Chinese golfer who qualified for the final of the U.S. Junior Amateur following Bo Jin in 2019. Jin also featured in the Junior Presidents Cup at Royal Melbourne three years ago.

Anson Yeo, Juan Velasquez and Chris Richards Jr will enjoy the privilege of becoming the first player from Malaysia, Colombia and Trinidad & Tobago respectively to compete in the Junior Presidents Cup against the United States Team at Myers Park Country Club in Charlotte, North Carolina from Sept 19-20, three days before the 2022 Presidents Cup begins at nearby Quail Hollow Club.

Aside from Ding, all eyes will also be on Australia’s Jeffrey Guan following wins at the Junior PLAYERS Championship earlier this month and the Adam Scott Junior Championship in February on the AJGA circuit. He was also T5 in U.S. Junior Amateur Championship. Asia will also have a representative from Thailand, Pongsapak Laopakdee.

Three-time Presidents Cup participant, Tim Clark (2003, 2005, 2009) will captain the International Team as they seek their first victory in the Junior Presidents Cup while Notah Begay III will lead the U.S. Team.

The Junior Presidents Cup is a two-day, team match-play competition featuring 24 of the world’s top junior boys 19 years old and younger – 12 from the United States and 12 from around the world, excluding Europe – that takes place just days before the start of the biennial Presidents Cup.

The Junior Presidents Cup was developed in 2017 to give the world’s best non-European juniors a unique playing opportunity to compete in an international team match-play competition and showcase the global reach of junior golf.

Nine countries are represented among the International Team, with Indonesia, South Africa and New Zealand fielding two players each; one player from Australia, China, Colombia, Malaysia, Thailand, and Trinidad & Tobago will also be represented.

The U.S. Team is represented by nine different states, including three players from Texas and two from California. Four players are Rolex Junior All-Americans (Jackson Koivun, Eric Lee, Ethan Gao, Aaron Pounds) while three advanced to at least the Round of 16 at the 2022 U.S. Junior Amateur (Lee, Johnnie Clark, Preston Stout).

2000 Presidents Cup participant Notah Begay III will captain the U.S. Team as they look for their third consecutive victory in the competition after lifting the cup at Plainfield Country Club (2017) and The Royal Melbourne Golf Club (2019).

I am so excited to play in the Junior President Cup. I watched the 2019 Presidents Cup and remember that Tiger Woods was the U.S. captain, and Haotong Li (China) played in the International Team. I dream of one day playing in the Presidents Cup. I want to partner with Hideki Matsuyama, Carl Yuan and Marty Dou (China players currently on the PGA TOUR). My hope is to get on the PGA TOUR, win a PGA TOUR title and win a major.

It’s a big honour to play amongst the top elite amateurs and it’s obviously going to be a really good experience. Just the opportunity to participate is really big. I know a couple of Aussies made it into the team previously and to follow in their footsteps is an honour. I’ll be looking at what advice (captain Tim Clark) is going to give and just the way he is going to play it. To participate in such a big and prestigious event, it will be an opportunity to gain experience and help me towards the goal I want to reach.

It means a lot to me and I’m very proud of myself. I would like to thank my family, friends and coach who have been supporting me. I think it’s impossible for me to play in the Junior President Cup without them. I’m looking forward to it and representing my country is going to be awesome. It’s going be very exciting because this is my first time playing in a team event. It’ll be a very good opportunity to have Tim Clark as my captain and hopefully I’ll learn a lot from him. I think it’s very important for me as it’s hard to get into the Junior Presidents Cup and I feel very lucky.

It’s a pretty cool achievement to have, especially coming over here with my buddy Josh Bai. We had it on our radar and we were sitting outside the bubble for a bit, so to sneak in there was cool. We have all watched the Presidents Cup growing up, so to get an opportunity play the Junior Presidents Cup with other juniors who are obviously very good is really cool. Just being in his (Captain Tim Clark) presence and to spend time with someone that’s had a really good golf career is pretty cool. I guess one day, I would like to play in the Presidents Cup as well so it’s all the experience to gain. I haven’t seen the players up close for a few years now, so I’m sure we’ll be learning by watching them hit shots. It’ll be awesome.