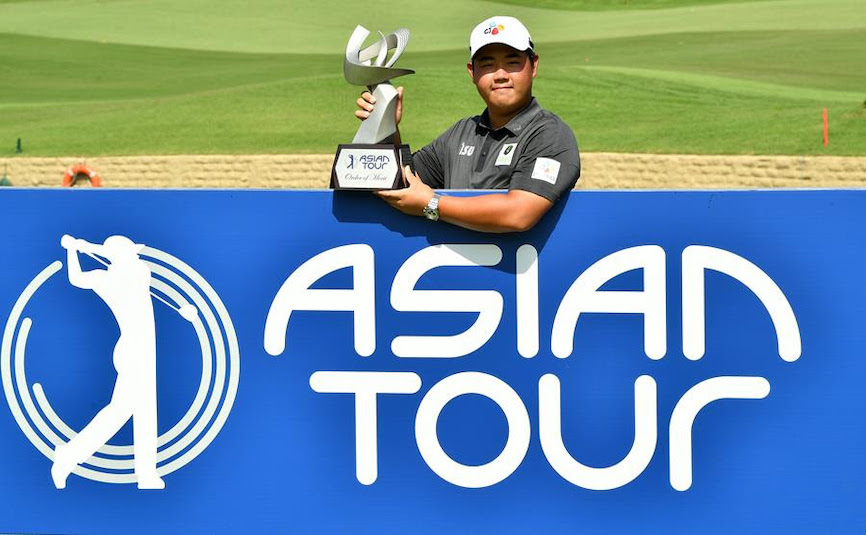 Joohyung Kim completed the finest season of his career today by wrapping up the Asian Tour Order of Merit title after finishing joint second at the SMBC Singapore Open, the final event of the Asian Tour’s 2020-21 season.

After earning US$108,125 at Sentosa Golf Club he topped the list with earnings of US$507,553 having played in all eight events on the schedule.

Thailand’s Sadom Kaewkanjana impressively won Singapore’s National Open to jump into second place on the list, on US$378,972.

“I didn’t know it was going be this fast, but I think it’s still sinking in. I don’t know when it’s going to sink in. But you know, definitely very happy with it,” said Kim.

It has been a sensational end to a season full of impressive results. The Korean ended joint second in the Blue Canyon Phuket Championship at the end of last year, and he also recorded two fourth place finishes.

Today’s success cements his position as one of the most exciting teenagers in the world of golf. In 2019 after earning a battlefield promotion from the Asian Development Tour by claiming three events, the teen titan made an instant impact by winning in just his third start on the Asian Tour at the Panasonic Open in India.

That made him the second-youngest professional to win on the Asian Tour at 17 years and 149 days – Noh again being the youngest having won the 2008 Midea China Classic at the age of 17 years and 143 days.

Kim will look to impress at next month’s PIF Saudi International powered by SoftBank Investment Advisers.