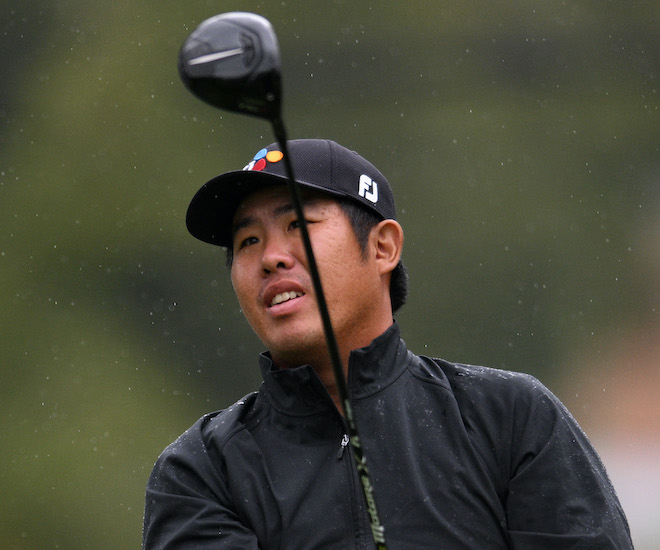 Korea’s Byeong Hun An celebrated his return onto the PGA TOUR with a top-5 finish at the Fortinet Championship on Sunday as American Max Homa successfully defended his title in dramatic circumstances.

The 31-year-old An holed a six-foot birdie on the 18th hole at Silverado Resort and Spa North course in Napa, California for a closing 1-under 71 to conclude his week on 12-under 276 in a share of fourth place alongside Justin Lower of the U.S.

Homa, who will make his Presidents Cup debut for the U.S. Team at Quail Hollow Clulb this week, claimed an unlikely victory when he chipped in from off the green for birdie to end on 16-under as England’s Danny Willett agonisingly three-putted for bogey to finish second on 15-under.

Willet had a birdie putt from four feet on the 18th green to claim a victory but agonisingly missed. He then missed again with his five-foot comeback putt to force a playoff, much to Homa’s delight as he celebrated a fifth PGA TOUR title.

An started the final day two strokes back but on a rainy day, he fought gallantly for his first top-10 on the PGA TOUR since the 2021 The American Express. He lost his TOUR card last season but regained his playing privileges through the Korn Ferry Tour where he won earlier in the year.

“A good start,” said An. “Really happy with probably a top-5 finish this week. I lost my card and this is my first event back and I’m really happy I finished top-5. But this definitely helps the re-rank. It was tough. I thought it would be worse because of the rain …. it was back and forth all the time. We pulled out an umbrella every two holes. It was tough mentally, I think. I had a bit of a hard time adjusting to the speed of the greens, they’re a little bit slower and softer, but that’s just like everyone else, I’m sure they had to adjust to it. I feel like I grinded out there. It’s not the best I could have played, but I definitely didn’t lose any shots out. I feel like I tried my best today.”

He credited his coach Sean Foley for getting him back on track after he lost his PGA TOUR card in 2021. They had a phone conversation earlier Sunday which put An at ease on the task ahead.

“I had a phone call with my coach and he says just think about a year ago when we were at the house, you know, celebrating my birthday but knowing we lost a card, it wasn’t so great,” said An, who was ranked in the top-30 in the world previously.

“But this year I’m back and trying to cherish every moment of it, doesn’t matter what happens. We all know that we’re going to be in this position again, so it doesn’t matter what happens at the end of the day, just go out there and try to play golf. Unfortunately, it didn’t work out, but I’ll have plenty of chances over the next couple of weeks, next couple of months. I’ll keep grinding,” he said.

An will enjoy a week’s break due to the Presidents Cup at Quail Hollow Club, which An represented the International Team in Royal Melbourne three years ago, before re-focussing his efforts for a first PGA TOUR victory at the Sanderson Farms Championship where he finished third in 2019.

“I played well there before, so I’m looking forward to it. As long as, like I say, I drive it far and straight and hit a lot of greens. I only got a week off but I’ll be doing exactly the same thing I’ve been doing the last couple of months, spending time on the range, putting green, chipping range, and try to get a nice rest after going back home tomorrow. I’ll be looking forward to it in the next couple of weeks. I know I’ll have another chance at it, so we’ll see what happens,” he said.

China’s Marty Dou settled for tied 21st place after closing with a 72 while Korean rookie S.H. Kim finished T36 following a 73. Japanese star Hideki Matsuyama, who will play in the Presidents Cup for the International Team, signed off with a fine 65 for T25.